Women's Movements5 min In Iraq, women make up the numbers in politics and no more

Since 2003, Iraq has seen minimal change in terms of the participation of women in politics and the promotion of women to decision-making positions. Throughout this period, women have held no important executive or leadership positions, and to date all 3 presidential administrations and their representatives have comprised men.

Indeed, men have also dominated local government positions and there has been a decline in the representation of women in the present executive, without a single woman becoming a minister. Moreover, it is apparent that some political groups deliberately nominated women who werenʹt qualified sufficiently to lead a ministry, thus casting doubt as to the seriousness of their nominations.

Despite the presence of a number of female deputies in the Iraqi Council of Representatives, there are no achievements they can claim, or at least none for which they are allowed to take credit. The party leaders take most of the decisions and control their movements so blatantly that these entities have prevented the formation of coalitions of active and influential women. This has led to the failure of a feminist movement within the Council, despite repeated attempts to declare an independent womenʹs coalition.

In addition, it is men who have assumed the task of managing the autonomous authorities, with women assigned secondary behind-the-scenes jobs. And in the governorates, men have been appointed to the top slots as governors, deputies and executive assistants.

Yet the patriarchy does not end there; its shadow extends over the management of central and local government enterprises and institutions. The political parties and alliances assert control over local administrations and they entrust men with management, implementation and advisory posts. Significantly, women have consistently been excluded from political negotiations over forming a government or other crucial national issues.


The authority of the party and the subordination of women


According to Maysoon al-Saaʹidi, a member of the current Council, the selection of political figures to assume responsibilities within the government is agreed by the leaders of political blocs and parties that donʹt have any women in their ranks. These choices are made with the clear purpose of excluding women. 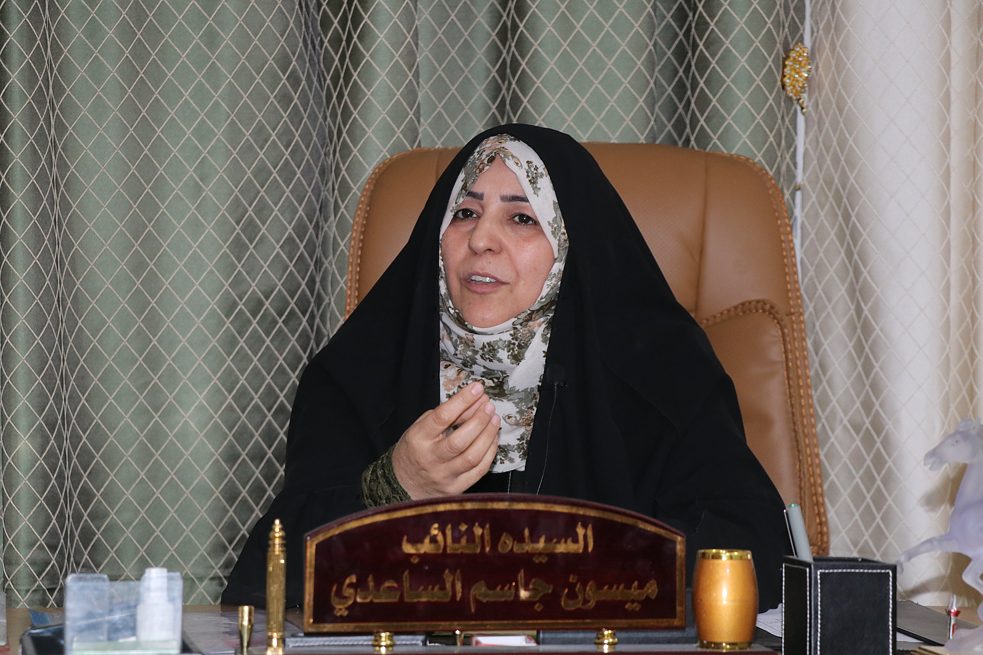 
Despite al-Saaʹidiʹs efforts – along with her colleagues in the Council – to form a parliamentary womenʹs coalition with 83 deputies, she got nowhere. Most female deputies quickly withdrew and fell into line with the orders from their parties. Despite the fact that there are many women with particular capabilities in economics and personal and political leadership, they are completely excluded from executive positions, according to al-Saaʹidi. She points to the popular perception of women as weak and emotional, as well as to a society in which customs and traditions are among the pivotal reasons why women are excluded from the leadership of key parliamentary committees and crucial ministries.


A partisan agenda and a patriarchal mentality


In the opinion of Hakima al-Shibli, a member of the Diwaniya Governorate Council, the most important reason for the limited participation of women in politics and in executive positions is the lack of community support for women candidates in the elections. Thus, the number of women in politics is less than the quota of 25%.

Al-Shibli holds deputies in the Council of Representatives responsible for the lack of female representation and accuses them of obeying the orders of their political and party leaders at the expense of the national interest and human justice. 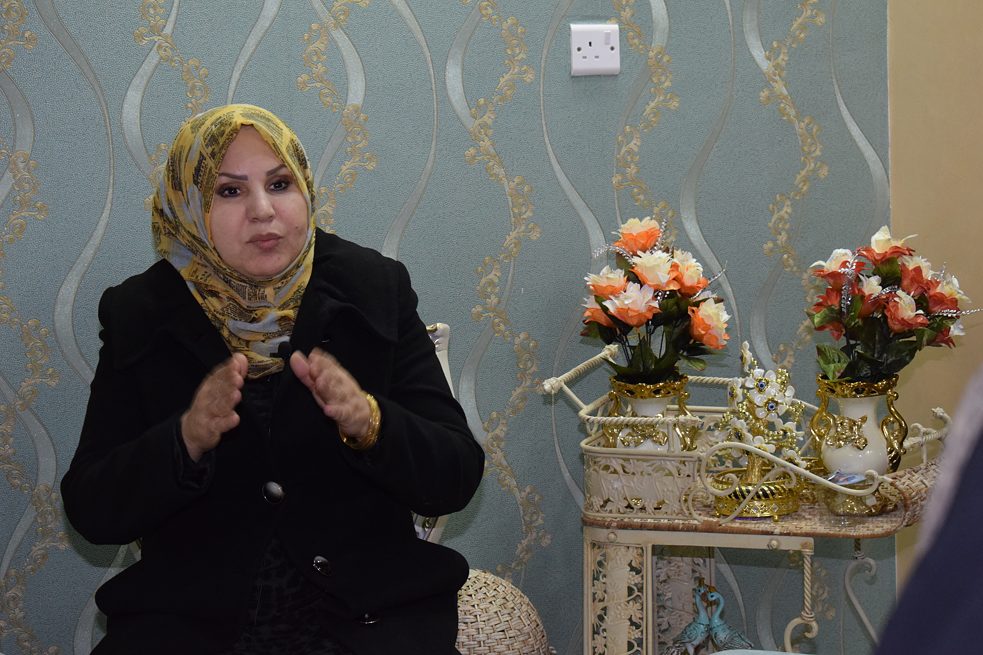 
She adds that "despite the presence of leading feminist voices and the absence of any clause in the Iraqi constitution which precludes women from assuming governmental positions, women are marginalised and kept out of discussions, meetings and crucial political decisions by the rule of men". Al-Shibli goes on to say that "more women need to be brought into leadership positions in the Council of Representatives, especially those with political experience and expertise."


War of threats and purges


Some parties use intimidation and threats in order to prevent women from playing a supervisory role, especially in the investigation of corruption and uncovering the facts. Al-Shibli is convinced that this has had a negative impact on the image of women in politics, that is, that they are just there to make up the numbers and have no political weight.


"How can we demand that women be appointed to ministerial jobs, if they donʹt ask for it, neither for themselves, nor for others?" asks Feryal al-Kaʹabi, president of Awan Organisation for Awareness and Capacity Development. "The rights of women in society cannot be protected unless there are women active in executive roles to defend these rights. So, what is the purpose of having women in the Council of Representatives? What is the purpose of the quota (of seats allocated to women)?"

Al-Kaʹabi continues by asking what we should hope for now from our female representatives in the Council and how we should believe in them as defenders of the most basic rights, including the Constitution, when they themselves have acquiesced to their status? Some may argue that owing to the circumstances at the heart of this conflict, it was not the right time to appoint women to ministerial or leadership roles, but the truth is even bigger than that. The current goal is actually to keep men happy and to give them more ministries and privileges. 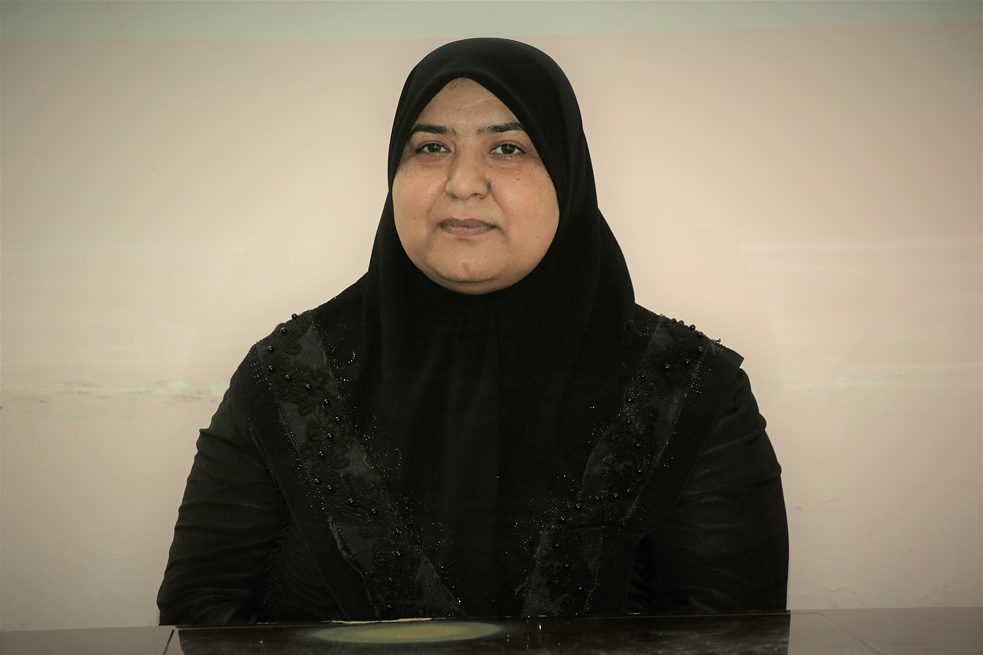 Feryal al-Kaʹabi, president of Awan Organisation for Awareness and Capacity Development | ©Goethe-Institut/Ruya, Manar Alzubaidi
Not only that, ministries have been handed to unqualified people. Meanwhile, for most of the women who made it to the dizzy heights of the Council, their only aim has been to take advantage of the benefits and privileges that come with their position. Thus, they exist between the two societies, one modern and democratic, which believes in the rights of women, and the other, established and traditional, in which there is no place for the views of “the other”.

Al-Kaʹabi adds: "I have become convinced that the quota system in our new state is merely to make a token show of the female sex from a biological standpoint. It is not done as a reflection on the relative roles of men and women in society, with a view to change and social development. Thus, women are no more than a luxury commodity, to be added to the seats of parliament, like the spices we smell in any political kitchen."


Support for the notion of female leadership


Al-Kaʹabi explains that the UN Security Council Resolution 1325 which was adopted on 31 October 2000 recognised the importance of the contribution of women to peace and security and of their full participation in all spheres of life, including political, social and legal. The most important of these is their contribution to the decision-making process, and Resolution 1325 stipulates that women should hold at least 25% of party leadership positions.

Al-Kaʹabi explains that the quota system which was laid down in paragraph 4 of Article 49 in the current Constitution of Iraq 2005 set a fixed percentage for female representation in the Council of no less than 25% ("election law aims to ensure that women make up not less than a quarter of all members of parliament"). The quota is therefore an important factor in achieving womenʹs involvement in the political process.

The main reasons for the poor level of participation and under-performance of women in politics can be summarised as follows:

There are many other challenges which continue to hamper women from advancing in politics, which include:


Among the more obvious solutions to increase womenʹs involvement in politics and to get them appointed to executive roles are:

Manar Alzubaidi is Editor-in-chief of Al-Manar News, editor of the International Journalists’ Network, correspondent of Berlin-based NIQASH, Director of Huna al-Diwaniyyah Broadcasting, women and society blogger, President of the Association of Women Journalists at the Iraq Journalists Syndicate, Diwaniyah branch, member of the INSM network, representative of the Press Freedom Advocacy Association Iraq and correspondent of Aljazeera Online.