Reflections from the Buchmesse
Paul Seesequasis In Frankfurt

We invited Paul Seesequasis to write a series of reflections from Frankfurt as he attends the Buchmesse to acknowledge Canada's role as guest of Honour in this year's festival. Along with striking photos of the city, the author of "Blanket Toss Under the Midnight Sun", gives his impressions as he experiences a journey abrooad.


I sit in the courtyard of the Goethe-House museum on Großer Hirschgraben. The courtyard was a discovery, coming after an exploration of the four floors of the museum and trying to feel some sense of the writer’s presence.  Overwhelmed by crowds and romantic information, I entered a sunny courtyard.

Here, of a sudden, there is a calmness and a tree and two benches and symmetrical walls and an almost zen atmosphere; the sun breaks through the Frankfurt clouds, and I sit. 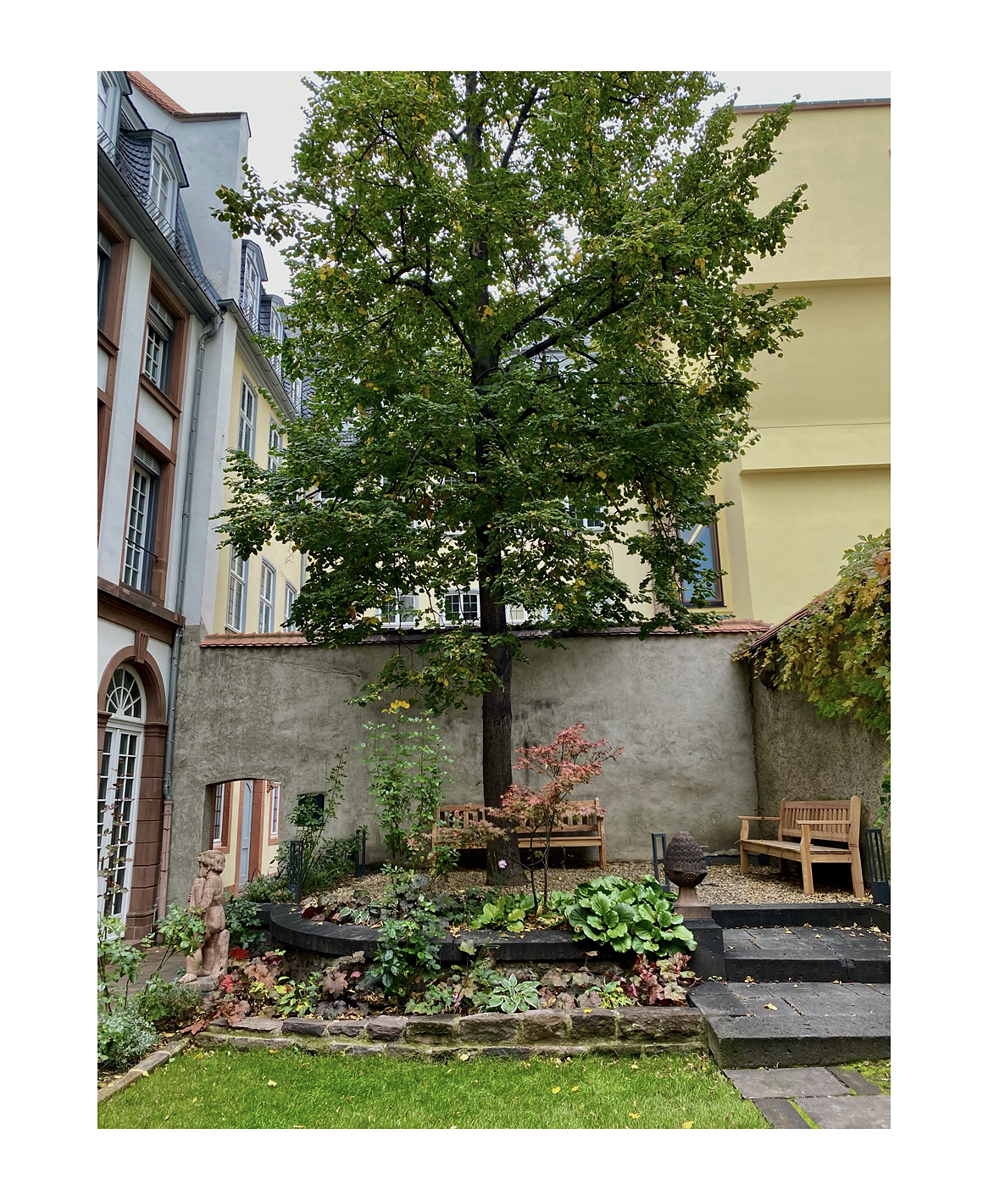 I have read Johann Wolfgang von Goethe was an admirer of James Fenimore Cooper’s Leatherstocking Tales and "The Last of the Mohicans". Cooper was among the first writers to imagine Native American protagonists as more than simple savages, and the elements of the noble savage, as yet untainted by consumerism but driven by a wild nature, captivated European readers, including Goethe.

As I write, the wind stirs and the leaves rustle; not the forests of the Mohicans but a tree symbolic, nonetheless, of forest, of nature, and the centrepiece of the courtyard, in the middle of a city and a museum. It is perhaps, also symbolic of the faintest sense of a connection.

Nature alone knows what she means now, and what she had meant in the past.