Gustavo Vinagre’s third feature-length film to be screened at a Berlinale is set in São Paulo in a state of alarm on the brink of yet another round of the pandemic, just as memories of the virus are beginning to fade. “Memory is essential in warding off the kind of historical atrocities we are living through now, in sorting things out and not making the same mistakes again,” says the Brazilian filmmaker.

Oscillating between a fable and a portrayal of the harsh everyday lives of three queer youths with dim future prospects, Vinagre’s film shows far more than mere stereotypes. “I wanted to give the film an aura of ingenuousness,” explains the director, “a light-handed approach to what are generally regarded as difficult issues. I tried to treat the pandemic with a certain matter-of-factness: some people are more afraid, others less so, and there are many ways of dealing with the situation. So it’s a pandemic that has become everyday life. And yet our everyday reality nowadays is absurd, what with a fascist criminal as president and a virus that’s got out of control.”

La edad media (The Middle Ages) is an Argentine film by Alejo Moguillansky and Luciana Acuña about a family that holes up at home as the pandemic takes over Buenos Aires and the world. It’s the family of the directors themselves. And the main character is their ten-year-old daughter. She reads Samuel Beckett with a stranger whilst her father is trying to direct a film via video calls and her mother is struggling to keep working as a choreographer – online. This is a comic take on the current tragedy from the point of view of a little girl who dreams of seeing the moon through a telescope. The narrative also touches on the themes of galloping inflation, waiting, and a nonsensical present age and an uncertain future. 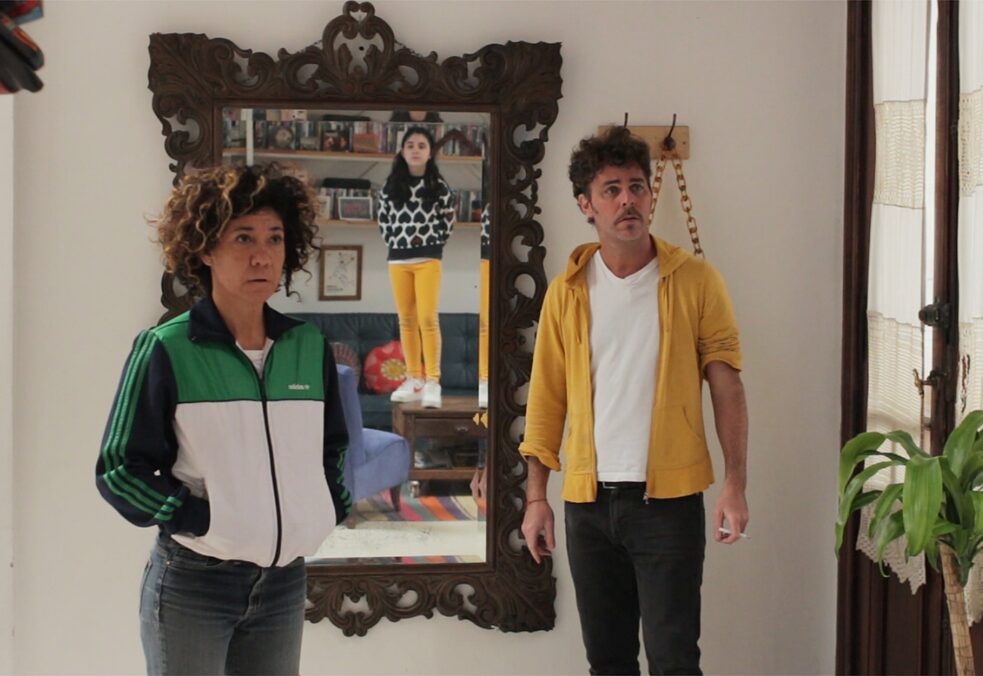 “The Middle Ages”, Argentina, 2022. Director: Alejo Moguillansky, Luciana Acuña. In picture: Luciana Acuña, Cleo Moguillansk, Alejo Moguillansky | Photo (detail): © El Pampero Cine
It’s but a small step from present-day absurdity to dystopia. Mato seco em chamas (Dry Ground Burning) by Adirley Queirós and Joana Pimenta is set in the Brazilian Highlands, or central plateau, an arid landscape in which violence and crime hold sway. A gang of women, led by a certain Chitara (i.e. “Guitar”), illegally siphon off oil from underground pipes and set up a small clandestine refinery in Sol Nascente, a favela on the outskirts of Brasilia, the Brazilian capital. Under the constant threat of conflict with rival gangs or the cops, the women in the gang dream of leading a dignified life. The film blurs the line between fiction and reality by including personal statements by the amateur cast (some of whom play themselves) and events drawn from their real lives. Set in present-day Brazil, with plenty of topical political allusions e.g. to the election campaign of a “Captive People’s Party” and real-life footage of pre-election rallies for Bolsonaro, Dry Ground Burning shows shocking scenes of a dystopia – though one that’s not so far removed from the world we’re living in today.