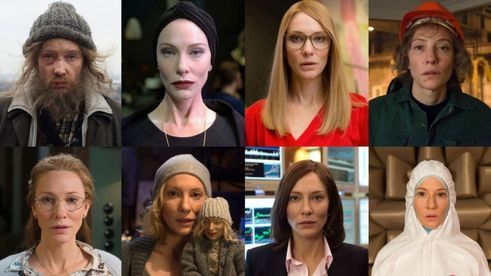 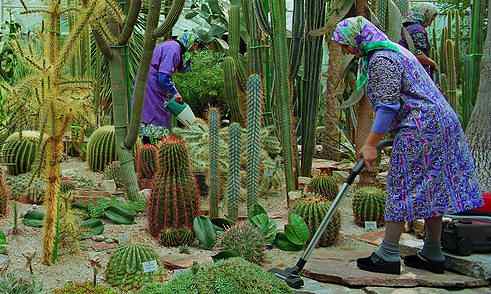 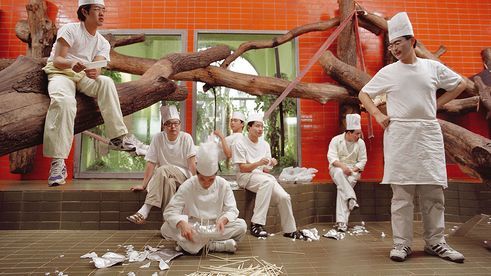 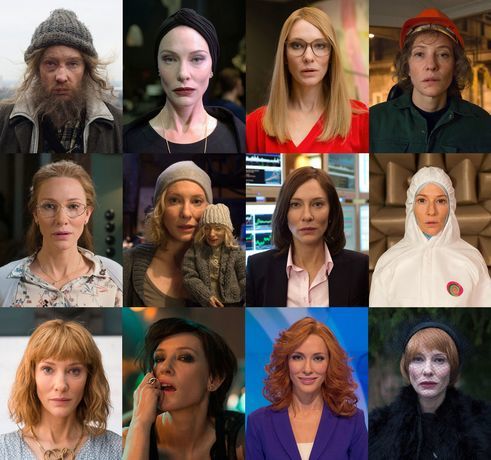 At lunch, a conservative American mother intones Claes Oldenburg Pop Art manifesto; a real-estate broker delivers futuristic statements in a setting that, with its sprawling computer workstations, resembles an oversized surveillance centre; a worker at a waste incineration plant stands for architecture manifestos; a funeral speaker at an open grave in a forest cemetery recites central Dada texts; a homeless person declaims reflections on Situationism by megaphone into the grey Berlin skies… All thirteen protagonists (in one scene it is two roles) are played by Cate Blanchett – a masterly performance in language variation, metamorphosis and stage make-up.
Julian Rosefeldt. Manifesto. Film on the exhibition at Hamburger Bahnhof – Museum für Gegenwart – Berlin 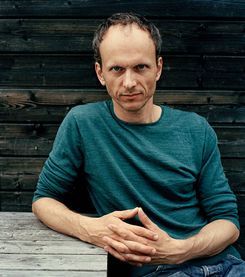