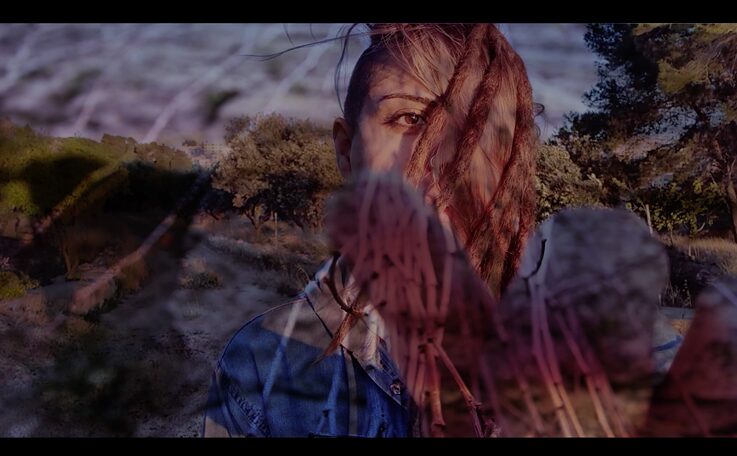 To find one another / To find yourself in the other / A clearer mirror / That could bring us nearer
But what if you see, / that theres no you or me / And what if you feel, / that none of this is real
(Verse by Rawan Roshni)


An encounter on the surface of the screen. As the artists, Rawan Roshni,  Amman, and Klaus Erika Dietl, Munich, have never met, they try to create an encounter as intimate and authentic as possible. They have never met as figures/persons in a room and maybe never will. A face-to-face-encounter would usually imply much more information about each other than the flat image screen could represent; like posture, smell and little gestures.

So what do artists miss in times of social distancing in a global pandemic lockdown? They both do feel a huge lack in the bottom line of making art, that is for sure. They`ve decided to take a closer look at what it is and to let their different fields of art meet as compressed online interactions.

Art and culture is determined by the way of perceiving self and space relatively to one another. An online screen does not convey social space and is a veil from which the self can reveal only what it wants to. In the world of new media that this generation is about to explore globally, time and space changed so drastically like never before in the history of mankind. Space almost vanished, time stands still. Distances in space almost doesn`t matter anymore, but distances between people grew and also shrink paradoxically. Therefore the artists created an audio-visual piece where they meet in a very personal place that would usually only be reserved for one to see in solitude. 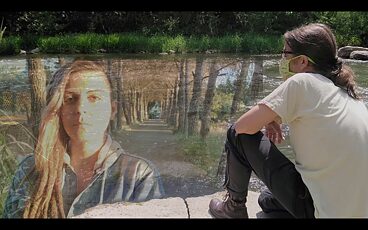 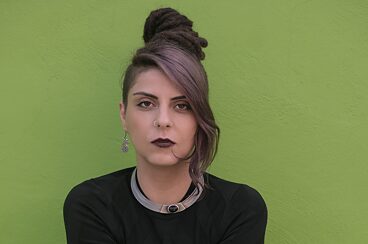 Rawan Roshni is a singer/songwriter, performance artist, sound practitioner, facilitator, festival organiser and Wonders of Whirling instructor. Her base has been in Jordan for the past decade from where she has launched numerous projects that have brought fresh perspectives and innovative approaches in the arts and culture scene. Most recently she wrote, directed, produced and starred in an Audio/Visual piece entitled "Seaheart" and is continuing to expand and experiment by collaborations with music producer and visual artists. 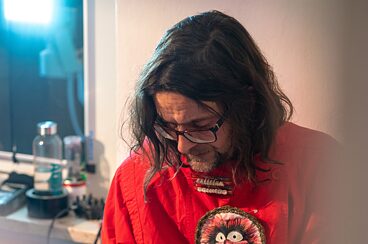 Klaus Erika Dietl is a visual artist with a background in literature and film-making. He studied painting and art theory at the Academy of Fine Arts Munich. In his paintings, sound installations, video and film projects he samples the elements of our daily media coverage, cuts them up and recombines them with other disparate graphical material. His main research focus is on barriers of language and the essence of misunderstandings. What makes us take off the blinkers and question our own insecurities, reservations and double standards?
Amongst others his short films and music videos were nominated and screened at the International Shortfilm Festival in Oberhausen, Germany. In summer 2017 he finished his first full-length feature The Mouth - Our Ultimate Prison (Das letzte Loch ist der Mund). This film was premiered at the Lenbachhaus in Munich.