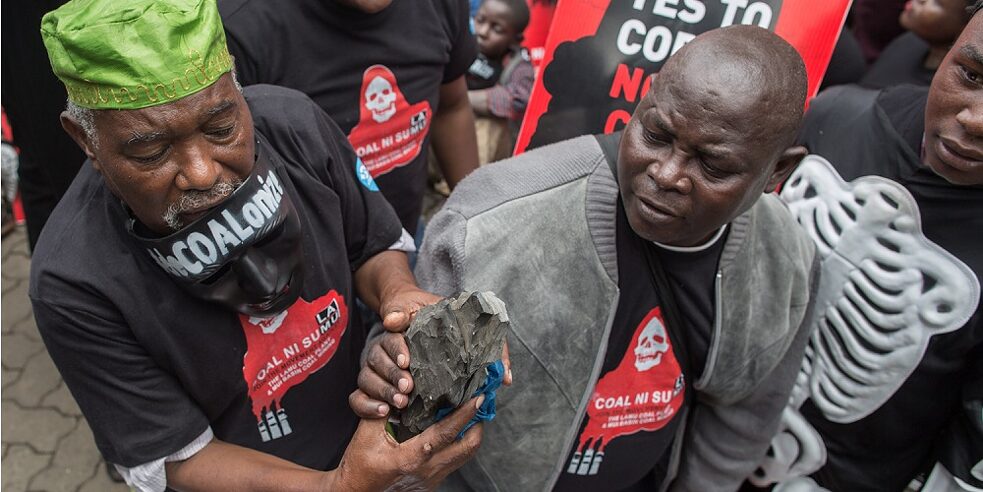 The judgment echoed arguments made by activists that Amu Power did not follow protocol for environmental impact assessment, namely consulting local communities that would be affected by the coal plant’s construction and operation.

But that was just one of many issues that activists raised. Many argued that the coal plant would have destroyed land, cultural artifacts, and lifestyles that are essential to the centuries-old Swahili settlement. Others argued that it was neither competitive with other renewable alternatives, nor necessary, given Kenya’s existing electricity capacity, which relies primarily on hydropower and geothermal sources. With a proposed capacity of 1,050 MW, the $2 billion coal plant—funded mostly by the Industrial and Commercial Bank of China—would have run initially on coal imported from South Africa, and eventually, coal sourced from Kitui, Kenya.

Since June of the same year, Amu Power has since appealed the NET decision. Though this was expected, activists have noted with optimism that the appeal is still based on many of the same points that were already thoroughly addressed in the NET judgment. The appeal could provide an opportunity to push the case up to the Environmental Land Court, the last court of appeals, and that which could if it decides against the coal plant, set a significant precedent for environmental justice in Kenya.

Omar Elmawi, an environmental lawyer born and raised in Lamu, is the Campaign Coordinator at deCOALonize, one of the organizations at the forefront of the fight against the Lamu coal plant. We spoke to him about organizing a diverse coalition, who ought to be at the centre of it, and why they are not fighting “sustainable development.”

April Zhu: There has been a lot of reporting and attention on the legal side of the battle against the Lamu Coal Plant, but perhaps not enough light shed on other forms of organizing, especially at the grassroot level. Could you describe what else happened behind the scenes?

Omar Elmawi: Although litigation is important, we definitely know that it’s not the only strategy that will allow us to win this fight. For one, the backbone of the campaign is the community part, because we know that, if communities in Lamu or Kitui accept coal, then we don’t really have the license to speak about these issues on their behalf in Nairobi. Members of Save Lamu and the Center for Human Rights and Civic Education in Kitui have been supporting a lot of work at the community level. For example, our friends in Kitui organized to take a few of their county assembly members to South Africa, to an area called Mpumalanga, to see coal plants and mines there, and see how communities are affected by these projects. Our friends at Save Lamu have been able to do processions and demonstrations in Lamu, after which some of them were arrested.

AZ: You, and a lot of people in the movement, are from Lamu. Why is it so important that people from affected places are at the front and center of movements like this?

OE: I’ve always believed that only people who are affected by something will know how to explain what the real issues are. I have realized that sometimes you get people from environmental organizations or people of goodwill coming in who are not connected to the issues. Because sometimes we will bring on these big NGOs and they take over; they say what they think are the issues but sometimes they might propose a solution that is not what the community actually wants. Hence it is important to ensure that the community is the one running the campaign. That is why you will see if we are doing a demonstration, the community is represented, and they are the ones who talk. That is why [at deCOALonize] the community is represented on the board. That is why we have ensured that at deCOALonize we do not do anything in a community without working with them. If we were to do anything in Lamu, Save Lamu will tell us what to do.

AZ: What’s an example of a difference in outsider solutions versus insider ones?

OE: Definitely. One would be conservation. A lot of conservation organizations are advocating for the protection of mangroves in Lamu, but there is little support from the community because the way the community wants to do conservation is not the way being proposed. For the government and big organizations, conservation means “do not cut any mangroves.” But the community has lived with these forests for years—and the forests are still here—know how to harvest it in a way that is sustainable and also allows people to build with the wood. If you go to Lamu and say “no cutting mangroves,” you are taking away their source of identity.

AZ: We often have a narrow view of what sustainability is. In your work as an organizer, have you found that you need to expand how people think of “sustainability?”

OE: It is a really good question. Increasingly we have seen many people using the word but not many people understanding what it means. I have found it easier using it in Swahili, because you couple “sustainable” with “development,” and it becomes maendeleo endelevu. I have e always loved what Save Lamu does because they are not just pushing for “development” but ensuring that it is participatory. While someone might say conserving mangroves is a sustainable way to develop, the majority of Lamu will tell you that that is not it. It is only by consulting them and getting them to participate that you realize there are sustainable ways to utilize natural resources.

AZ: How can Kenyans who want to get involved and support the movement do so?

EO: At the very least, understand that as a Kenyan, this is not just the fight of the people of Lamu and Kitui. This is the fight of each and every Kenyan citizen because we are getting into a 25-year agreement whereby we pay—if you look at capacity charges—$300 million every year. That is about 100 million KSH a day, for a utility for which we have cheaper, renewable alternatives. Where do you think this money is coming from? It has to come, mostly, from taxpayers and will take away from other services like education and healthcare. It is only when all of us as Kenyans and electricity users come together and speak with one voice against the Lamu Coal Plant—only then will we convince the government to see sense and stop these unwise investments.