»Critical Zones. In Search of a Common Ground« will be on view from 11 - 27 November, 2022 at J.D.A. Perera Gallery in Colombo. Mira Hirtz and Daria Mille are the curators of this traveling exhibition that was conceived and first exhibited at ZKM | Center for Art and Media Karlsruhe and is based on a concept by Bruno Latour and Peter Weibel. 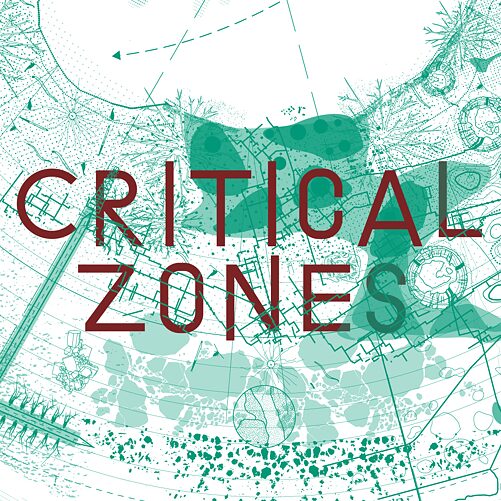 © Goethe-Institut
What is a Critical Zone?
It is a notion invented by Earth scientists to bring together many different disciplines that have not collaborated sufficiently in the past. Whether you study water, soil, plants, rocks, weather, or animal life, all of those phenomena are confined to a very thin domain when compared to the whole of planet Earth, as viewed from outer space. The Critical Zone is just a few kilometers thick. It is the only region of the Earth that has been transformed by life over many eons. It is also the only part of the world that you have any chance to experience directly with your senses. Although human activity is barely visible at the planetary scale–not to mention the scale of the universe–it is hugely disruptive at the scale of this thin, fragile, and highly complex Critical Zone. This is why we need to learn how it behaves just as much as we need to know how our body functions. And yet, although we have a vast number of tools and instruments to monitor our bodily health, we don’t have many to monitor the health of the Critical Zone in which we humans live–as well as all of the life forms on which we depend. This domain is called “critical” because this tiny part of the Earth on which we are totally dependent has entered into a sort of intensive care. All efforts should be made to sustain its well-being.

About the Exhibition at J.D.A. Perera Gallery
»Critical Zones. In Search of a Common Ground« shows a selection of the artistic positions exhibited at  ZKM | Center for Art and Media Karlsruhe and is complemented by further works from Indian and Sri Lankan artists. The exhibition is conceived in a way to give the visitors a feeling for this new territory,-Critical Zone, and also to make tangible the entanglements and interdependencies between different entities inhabiting the Critical Zone. The coming together of scientific knowledge and artistic sensitivity seeks to develop a kind of sensorium to understand our existence as entangled with all life-forms coinhabiting and shaping the Critical Zone. We invite our visitors to take an active part in this endeavor of reorientation within this space, the fragility of which is being uncovered and confirmed every day.
Your Fieldbook
A Fieldbook – which is an exhibition brochure – accompanies you, showing one of a multitude of paths you can take and allowing you to take field notes, and describe your position within this dense texture of traces and codependencies. The task of recomposing a common ground can only be done collectively.

How To Change A Running System 6:00 PM - Goethe-Institut Colombo| Talk

© University of Visual and Performing Arts

Back to "Critical Zones"