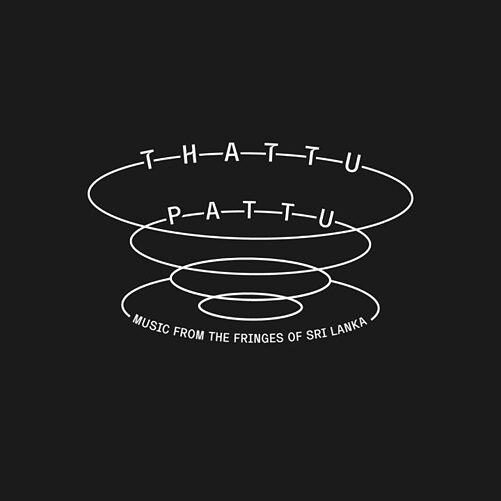 Like knocking stones together to spark a flame, “Thattu Pattu” derives its meaning from two loan words between Sinhala and Tamil — the languages predominantly spoken in Sri Lanka. In Sinhala and Tamil respectively, “tattuva” and “thattu” mean “knock” while “pattu” and “patru” mean “to catch fire”. Thattu Pattu intends to spark a renewed interest in music from the fringes of Sri Lanka, and nurture this flame through a sustained engagement with musicians.

Outside of the mainstream — dominated by Sinhala Pop sold through ringing tones — the Sri Lankan independent music scene is quite small, and far less profitable. Musicians often work full-time jobs in other fields as they are unable to sustain themselves on their craft alone, as their audiences are too small to support them through attending events and purchasing their music. Despite these hardships, there are musicians who have persevered and continue to work on their craft and produce music. These are the musicians we chose to seek out for this project.

Our curatorial team worked with an extensive list of nominations before carefully pruning a shortlist of musicians that we felt would best benefit from the support and encouragement we could offer. We looked for musicians outside of the mainstream, who were exploring sound to express themselves in unique ways. The musicians we have chosen cover various musical genres and represent different music scenes within Sri Lanka, from hip hop to electronic music, folk music to neo- soul, and so on.

In a time of unpredictable lockdowns and perpetually postponed concerts, the Goethe-Institut Sri Lanka teamed up with music experts in the field, and financially supported these musicians and commissioned new musical works from each of them. Each act was supported to realize high quality productions that would highlight their unique voice. They were then paired with a local expert on their respective music scene as well as an international music journalist who would write essays on these pieces. This and more await your curious eyes and ears as we are happy to begin sharing with you “Thattu Pattu: music from the fringes of Sri Lanka”.

Thattu Pattu: Music from the fringes of Sri Lanka

The Goethe-Institut Sri Lanka brought together a curatorial team representing a diverse range of music scenes in Sri Lanka, as well as an international music curator, to conceptualize this initiative and carefully curate new musical works from exceptional musical talents. Our team worked closely, in the spirit of conversation and collaboration, to realize this initiative. With decolonial perspectives to music journalism and hands-on experience with shaping and caring for music scenes in Sri Lanka, our team brought their insights and ideas together with the aim of sparking a renewed interest in music from the fringes of Sri Lanka.

Imaad Majeed
Imaad Majeed is a multidisciplinary artist based in Colombo, Sri Lanka. They are Director and Curator of the trilingual performance platform "KACHA KACHA". They are one part of the artist collective "The Packet" and VJ/DJ of "Packet Radio" (SUPR FM). They enjoy making playlists, and write about musicians from Sri Lanka for the international music blog "beehype".

Sumudi Suraweera
Sumudi Suraweera obtained his PhD in ethnomusicology in 2010 from the University of Canterbury, New Zealand. His research focused on Sri Lankan Low-Country traditional drumming. Prior to this, he completed a Bachelor of music in jazz, majoring in drums. Sumudi started off his career as a musician in New Zealand where he performed regularly for nearly 10 years in the local jazz scene. Sumudi returned to Sri Lanka in 2010 to set up Musicmatters, a music school offering holistic musical education for children. Sumudi has also been actively involved in organizing festivals and concerts with the aim of developing an experimental and improvised music scene in Colombo.

Asvajit Boyle
Part of the first wave of electronic musicians to emerge from post-war Sri Lanka in the late 2000s, Asvajit’s work as a DJ and producer has been published on record labels worldwide and performed at festivals and nightlife institutions in Europe and Asia. A vocal proponent for the development of non-traditional forms of music in Sri Lanka, Asvajit has helped facillitate workshops, artist residencies and performances on the island since 2011. He is the founder of the Jambutek Recordings imprint and co-founder of the audio-visual experiences platform Sub_Sequence. Asvajit formalized his practice as a graphic designer in 2019 with the formation of Fold Media Collective.

Thomas Burkhalter
Dr. Thomas Burkhalter is an anthropologist/ethnomusicologist, AV-artist, and writer from Bern (Switzerland). He is the founder and director of Norient, the Norient Space (Norient.com), and the founder and strategic director of the Norient Film Festival (NFF). He co- directed documentary films (e.g. Contradict, Berner Filmpreis 2020 + Al-Jazeera Witness) and AV/theatre/dance performances, is the author and co-editor of several books, teaches regularly at universities, and runs workshops for arts institutions. His experimental radio feature, “Gqom Edits – A Durban Visit”, was nominated for Prix Europa in 2017. Currently, he is working on a new music project, and on the experimental podcast series’ Timezones and South Asian Sound Stories with musicians from the UK, Bangladesh, India, and Pakistan.