Many of the inventions that have shaped modern society would never have seen the light of day if a few mistakes had not been made along the way... And if scientists had not been ready to explore these unexpected new paths to discovery.

In 1856, at the age of 18, the English chemist William Henry Perkin was looking for a synthetic substitute for quinine, whose anti-malarial effects were well documented. By mixing aniline, derived from coal tar, with a few chemical compounds, he hoped he had found an alternative. The experiment was a failure, but he obtained a dark purple precipitate, soluble in water and alcohol. By dipping a piece of silk into it, Perkin discovered its dyeing properties, creating the first synthetic dye: mauveine.

Click here for the full article on the invention of mauveine.

It was in 1968, while working for the Midwestern US company 3M, that chemist Spencer Silver received an assignment to invent a new adhesive that was stronger and more powerful than what was currently on the market. At the end of his research, the young man had achieved just the opposite: a mixture that adhered but was easily dislodged. At the time, Spencer believed he had failed. In fact, he’d just changed the history of the paper mill.

Click here for the full article on the invention of the Post-it.

At the beginning of the last century, the American tea merchant Thomas Sullivan packed tea samples that he sent to Europe in silk pouches so that they would not get mixed up during the transatlantic voyage. On arrival, the recipients mistakenly put the tea in boiling water... Along with its packaging. As time went by, other lovely mistakes occurred, until the tea bag took the shape we know today.

Click here for the full article on the invention of the tea bag.

On November 8, 1895, the German physicist Wilhelm Conrad Röntgen noticed that, when exposed to high electrical discharge, cathode rays produce a light that is capable of passing through several materials. In order to explore its limits, he tried to stop these powerful rays by placing various objects in front of the electrical discharge tube. As he tested a small lead disc, two shadows appeared: that of the disc and that of the bones in his hand.

In 1878, while trying to find a substitute for coal tar in a laboratory at Johns-Hopkins University, Russian chemist Constantin Fahlberg discovered the very first artificial sugar. One evening, while eating with his hands, he noticed an unexpected sweet taste of cane sugar that one of the mixtures tested that day at the lab had left behind.

The American engineer Percy Spencer was making radar equipment for the Raytheon company when, one day, he realized that a chocolate bar in his pocket had melted. He suspected this was caused by the microwaves emitted by the magnetron, a component of the radar. To confirm his hunch, he performed a test with corn kernels, which burst one by one. It did not take Spencer long to develop the first microwave oven model, which was launched on the market in 1946. 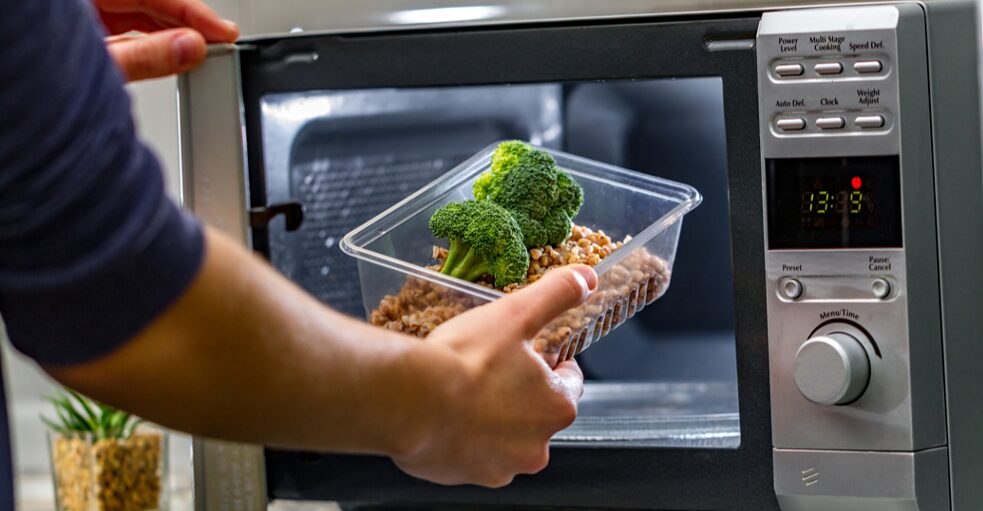 It can do more than just melt chocolate: the microwave oven | © Shutterstock

In 1928, while the British bacteriologist Alexander Fleming was on vacation, a moldy fungus invaded one of the petri dishes in his lab. Upon his return, Fleming noticed the problem but also that the bacteria did not grow around the intruder. The fungus, a member of the penicillium genus, contained a substance which, once purified, would become the first powerful antibiotic.

In 1960, the American electrical engineer Wilson Greatbatch committed an error while trying to build an oscillator to measure the heart rhythm disorder tachycardia. Adding a resistance of one kilohm rather than ten made the electrical circuit produce an odd rhythm that Greatbatch immediately associated with the beating of a heart.

As the use of charcoal and wood for heating declined, products that had been used to remove soot from wallpaper into the 1950s became obsolete. For the American manufacturer Kutol, these products were essential to business, so the company started to look for a new use for its non-toxic stain remover that was rubbed on walls. A woman close to company management had an idea: why not let children have fun with it? Play-Doh was born.

When Roy J. Plunkett created the first Teflon molecules in a laboratory of the American company DuPont, he had been looking for a coolant gas. During an unsuccessful experiment with tetrafluoroethylene, its gas solidified into a slightly waxy white powder with heat-resistant and non-stick properties. Teflon would later be used in both the atomic bomb and non-stick muffin baking trays.

Vanessa Allnutt is a copywriter at “Nouveau Projet,” nominated Canada’s best magazine in 2019.

Catherine Genest divides her time between her “Chroniques culturelles” at Ici Première and her position as a journalist at “24 Heures in Montreal.”

Verena Hütter is the director of information services North America at the Goethe-Institut. She lives in Washington, DC.