Game development is like cooking: it can be either intimate or public, and is always in search of unexpected materials to fuse with one another. That’s how you get a delicious dish, or some funky recipe. We hope games from/in Hong Kong could soon become as dynamic and well-known as its food and cinema.Video games are this century’s total art. They encompass all forms of creative expressions to invent otherworldly journeys undertaken by one and/or many. They are also communicative spaces where people and ideas emerge, clash and band together.

Gtopia: Game Kitchen is a collective effort to establish a communal hub in Hong Kong; people can connect to games and play, could meet each other, and share professional, creative and personal experiences in making games.

We meet at Current Plans, a vanguard art space in Sham Shui Po every first and third Thursday. The space is equipped with multiple gaming consoles, VR devices, and screens.

A series of talks, workshops and performances are curated for the first Thursday evening of each month throughout 2022 when designers, artists, players, musicians, and researchers present their work and conduct experiments focused on games and gaming.

Every third Thursday of the month, Game Kitchen is designated a safe, powerful space for women interested in games. The space is set up as a comfortable corner in the city, where women could come and set up, share, and play their games – be it a paper demo, a machinima or a slice of a bigger project. We also invite female practitioners from arts, industry and academia to perform as mentors in these sessions. 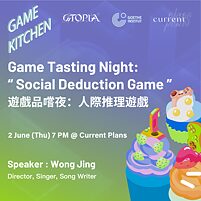 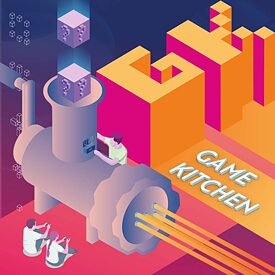 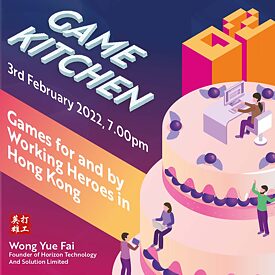 Games for and by Working Heros in Hong Kong 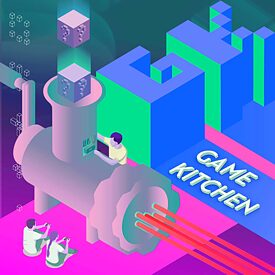 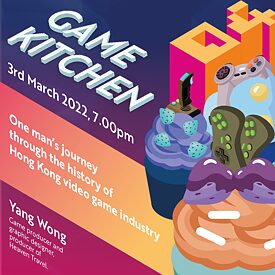 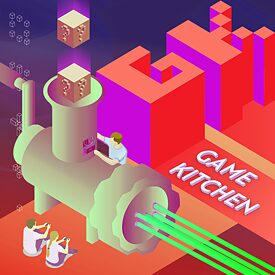 Make your own game with Sun Yuqian 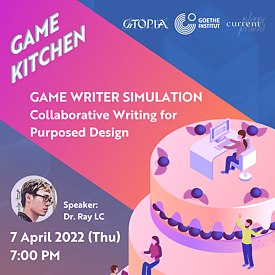 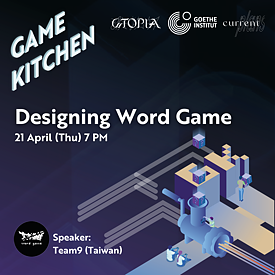 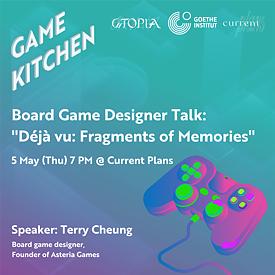 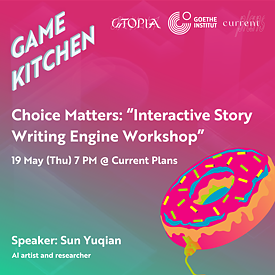 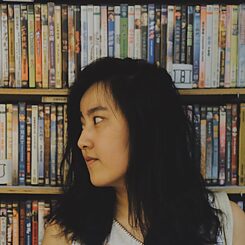 Yang Jing is a writer, curator and designer in the intersection of game and art.  She has curated various contemporary art exhibitions featuring game art, art game and non-art games both online and offline. Recently she made an art destruction game with artist Alan Kwan and dslcollection titled Forgetter. Forgetter has won and nominated for various game awards in Hong Kong, Berlin, Shanghai and Beijing.
Eunice Tsang 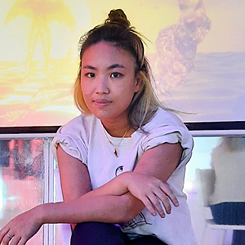 Eunice Tsang (she/her) is a curator, artist, researcher and journalist based in Hong Kong. She founded and curates Current Plans (previously known as Present Projects), an experimental art space that encourages cross-disciplinary dialogues through exhibition-making. Previously, she set up the Asian Artist Book Library in Tai Kwun Contemporary, focussing her research on independent publishing and modes of creative distribution. Her curatorial interests lie in how artists develop new languages and symbols in times of political change, and how to maneuver the liminal space between legal and illegal, fact and fiction - using magic-realism, sarcasm, humor and myth-making
Mario Bobbio 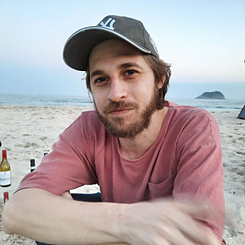 Mario Bobbio is a creative designer and illustrator based in Hong Kong and Italy. With a background in theater and sound design, he has created branding concepts for contemporary art galleries, independent art spaces and theater events across the world. He also co-founded an art residency in Trieste with the Teatro la Contrada which is focussed on stimulating conversations between international artists and local spaces. A strong interest in technology and art made him pursue a research in sound design, creating an installation for the Sonar Music Festival in Hong Kong. The focus to create designs in many forms, and the exploration of multiple mediums for the development of an idea, help cultivate his spirit of curiosity, inclusion and character in his works.
Top