The Goethe-Institut in co-operation with Wellington City Council offers artists from Germany a scholarship to work and live in New Zealand for three months. The artist resides in Wellington to engage and network with their New Zealand colleagues as well as to seek inspiration for their projects and to foster intercultural dialogue.

Milan Gessner is a Berlin-based artist whose work thrives on the expressiveness of the (moving) picture. His creations range from illustration, animation and documentary film making to street art. He often collaborates with other artists to realise their words and ideas. 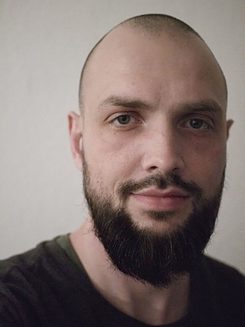 © Milan Gessner The collaborations with artists from all over the world resulted in several graphic novels based on spoken word poems, as well as in videoart for theatre. Gessner’s latest major work is the handdrawn animated film Porcelain, for a song by Joe Madog. The film has been screened in 2017-2018 on many fim festivals worldwide and has been awarded in the staff pick programme of the video portal vimeo.
Gessner works under the pseudonym Cité Noir.
Milan is part of the artistic collaboration project "Dry Waters - The Pacific Ocean" which will be presented at the Performance Arcade on 24 February, 6pm.