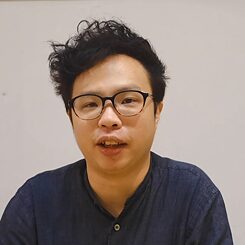 Facing the current Coronavirus pandemic in Hong Kong, where I grew up and am now based at (a city to which I am strongly attached), three symbols and images for these past months come to mind:

Firstly, the typhoons we face all the time in the city. Secondly, Hong Kong’s intimate historical relationships with pandemics since 1841, when it became a colonial city. And thirdly, the inevitable transformation of the ongoing protests, with which I have been obsessively preoccupied since June 2019.

The pandemic calls for a broader and deeper reflection on contemporary cities’ multifaceted relationships with nature, and it reminds me of the last few times that I stayed home for days, when a strong typhoon passed through the city. In Hong Kong, the strength of typhoons are classified by a system of ‘signals’, and typhoon signal no. 10 is the strongest. Since the 21st century began, there have only been three “Hurricane Signal No. 10” typhoons. Typhoon Mangkhut caused 133 deaths in Asia throughout September 2018. The typhoon committee even removed this name from the list of typhoon names due to the traumatic experience it is now associated with. When Typhoon Mangkhut arrived at Hong Kong, the city was fully prepared for days of ‘defense’, since in the previous year Typhoon Hato caused disastrous damages to Macau, making us highly alert to the possible accidents that can be caused by typhoons. In the end, I stayed home for three consecutive days. That was the experience closest to my idea of a lockdown and ‘collectively battling nature’ in the city. Waiting at home for a typhoon to pass through the city is thus the first symbol I think of, and I still remember vividly how one encountered fallen trees everywhere in the city throughout autumn of 2018.

The second situation that comes to my mind is the memory of Hong Kong in 2003 during the SARS epidemic, and the city’s history of plagues and public health. While SARS is already considered to be one of the first serious crisis of infectious disease in the 21st century, it was received rather unevenly in different parts of the world – and Hong Kong can be considered the epicenter of that particular epidemic. I was 17 and pondering what course to take were I accepted to universities. The lockdown experience has become an important part of my memory of growing up, as some of my aspirations were probably consolidating in that period. Many cultural critics and scholars would suggest that ‘postcolonial’ Hong Kong arguably only truly emerged during and after the SARS epidemic, as civil society was awakened and began scrutinizing the various conditions of post-1997 Hong Kong society.

While I was completing my bachelor’s degree in political science, I had the opportunity of looking back at the 2003 events in a more analytical manner and started to become interested in Hong Kong’s socio-cultural history of plagues. There are also, for example, narratives about the role of the 1894 bubonic plague in genuinely initializing the history of colonial Hong Kong, as it forced the government to rethink the relationship of state and society in the city. Later on, I turned to the study of the cultural and political aspects of Avian Influenza in Hong Kong, as I increasingly developed the idea that ‘the Hong Kong story’ is always in complete without these narratives about infectious diseases.

The coronavirus outbreak struck Hong Kong at a very special moment, when an unprecedented political movement had endured for more than 7 months (since June 2019) and was at a bottleneck. Therefore, for those of us who have devoted all our energy to the protests, we will forever remember this outbreak as a temporary suspension. Regarding the ‘politics of pandemics’, Hong Kong’s context is thus quite unique. Since mid-January 2020, many of us have been having strong feelings of despair because the protests have been halted. The 2020 outbreak in Hong Kong will forever be remembered as a pause of the violent clashes between the police (and the government) and the people, on top of everything else.

I am perhaps relatively pessimistic compared to the many people who are now predicting that systemic changes are inevitable after the crisis. I tend to believe that there are strong forces racing to resume ‘normality’ – therefore, in a way, permanent crisis will become a feature of our times and I believe that people will get used to constant disruptions, but will not have incentive to reform what is seen as ‘normal’. Thus, ‘getting used to great disruptions’ will likely dominate post-crisis discussions about what is to be done.

I am particularly drawn to speculating about the long-term consequences of the pandemic in two realms. First of all, the long-due disintegration and reform of higher education is now unfolding before our eyes, the direction it will take in the long run is however much less certain. In the past decade many universities have been turning to e-learning, and now we are perhaps more than ever reevaluating the importance of face-to-face modes of pedagogy. Personally, I hope that in the post-pandemic era we will revisit face-to-face teaching and learning and reaffirm its irreplaceable value.

Secondly, the hegemony of the authoritarian Chinese regime is finally facing a huge challenge to its incessant rise to power in the last decade. People around the world will remember that the Chinese government’s cover up and censorship were crucial factors that lead to a global pandemic. The neo-imperialistic ‘One Belt, One Road’ plan, which is to develop the intercontinental trade routes and infrastructure between the People's Republic of China and more than sixty other countries, will definitely be reassessed after the crisis.

Since the beginning of 2020, Taiwan has been giving me much hope. The Taiwan government led by Tsai Ing-Wen, the female president reelected by the people in January, together with its civil society are demonstrating to the world what a humanistic and civilized community can look like in turbulent times. The citizens have been calmly battling the coronavirus with a great sense of community, and the community is constantly articulating a vision of dignity for all.

Likewise, the New Zealand prime minister Jacinda Ardern demonstrates exceptional charisma and vision not only through the country’s public health measure, but also through the year-long journey of recovery from last year’s mass shooting incident.

These communities, which exhibit admirable leadership and common civic virtues, are giving me hope, as they show the possibility of solidarity and unity in times of crisis.

is a contemporary artist and urbanist from Hong Kong. His projects focus on emerging ‘publicness’ and critical creativity. He co-founded the Hong Kong Urban Laboratory, EmptyScape and the art collective Add Oil Team. He has actively participated in and also reflected on the protests in Hong Kong since June 2019.