The Goethe-Institut Hanoi provides a space to meet physically and online.

Please apply for your participation by June 25, 2020. Please describe the reason why you wish to participate and how your participation will help others to understand Hannah Arendt’s work. If your application is successful, you will get an invitation and the text for your preparation. The number of participants is limited to 12. A good command of language is of advantage.

Complete text for the deep reading: For your participation please make use of the two-page introduction into the method of “deep reading” 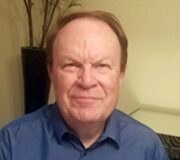 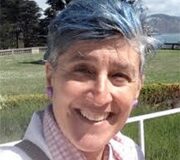 © Lisa Stenmark ​Lisa Stenmark teaches at San Jose State University.  She is the author of Religion, Science and Democracy: A Disputational Friendship, and co-editor (with Whitney Bauman) of the series Religion and Science as a Critical Discourse. She has published numerous papers on religion, science and technology, more recently looking at how certain ways of thinking about “religion and “science” contribute to negative impacts of globalization, particularly in the context of Viet Nam. She is active in the American Academy of Religion, the Arendt Circle, and is a Fulbright Scholar. She has an MDiv/MA from PLTS/ GTU, and a Ph.D. from Vanderbilt. 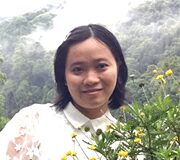 On Hannah Arendt
I have pursued semiotics for more than 10 years and used this method to study literature and cinema, especially the representation of women in literature and cinema from a comparative perspective. Semiotics has two main sources. The first branch comes from Ferdinand de Saussure and linguistics. The second branch originates from Charles Sanders Peirce and philosophy. That was the reason why I spent a long time studying and translating philosophy. Among modern philosophers, Hannah Arendt can be considered a philosopher of crisis. She suggests a way of thinking in times of crisis: when the old is gone, the new is not yet formed. I am particularly interested in Hannah Arendt's idea of ​​living together and taking care for the world which I feel very relevant to women studies. Arendt will also help me to think and answer many questions for Vietnam today.

Goethe-Institut Hanoi and Online (through: Zoom)