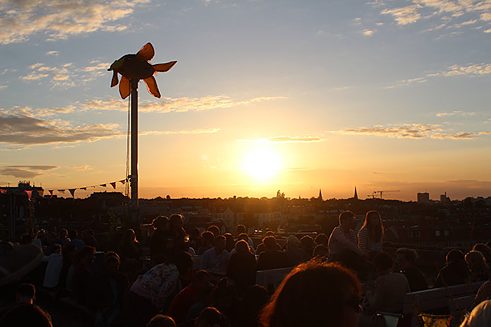 What is evident in comparing Sydney and Berlin nightlife, is that the respective night time economies hinge on two wildly different philosophical and political approaches to youth, creativity and self-expression.

Australia is often described by outsiders as a ‘new country’ to the bewilderment of its citizens and original custodians. However, the ‘new-ness’ of Sydney as a city in particular means that there is a level of fragility in its nightlife in finding its feet culturally and politically. Technology and ever increasing convenience has had a profound impact in this case. Between food and alcohol delivery services; dating apps that negate the need for pick-up culture and wingmen; to entertainment streaming services; the reasons to leave one’s home of a night are dwindling. In a recent article for The Daily Telegraph, FunLab CEO and owner of ‘Holey Moley’, Newtown’s latest mini-golf bar, Michael Schreiber believes the key to reviving Sydney’s nightlife is to provide experiences and entertainment beyond just the consumption of alcohol. 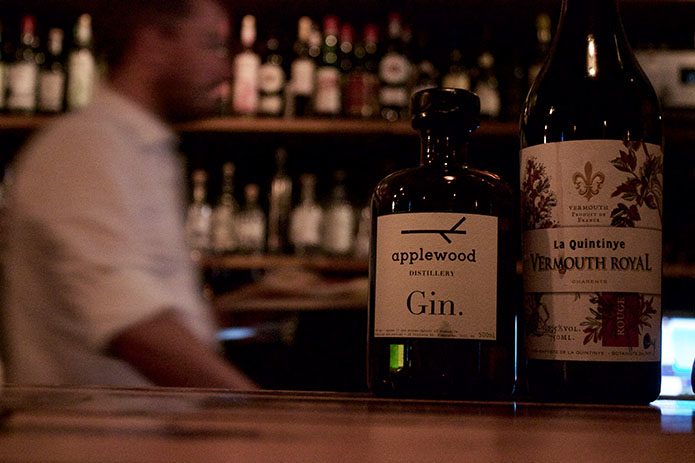 Moya’s Juniper Lounge stocks hundreds of different types of gin from both local and international distilleries. | © Gina Robilliard Just as the introduction of online shopping had bricks and mortar retailers in a panic just a few years ago, the nighttime economy is currently in a state of flux. The two industries have had similar reactions: experiential face-to-face service. Increasingly, Sydney’s nightlife is defined by fusion, novelty and themed bars. Wes Anderson inspired nooks, prohibition style speakeasies with secret entrances, whiskey/bike repair workshops and now, a mini-golf nightclub.

A fresh generation of rebels

The landscape of Sydney’s nightlife goes beyond the proliferation of technology and novelty, its parameters are defined in many ways by the city’s underground network of tunnels and basements. The past century and in particular, World War II has seen the need to develop an underground network of railways, war bunkers and in the case of inner city pub The Hero of Waterloo, tunnels to “carry away press-ganged drunken sailors from the pub to ship at anchor”. Sydney Mayor, Clover Moore suggests unlocking these underutilized spaces is the key to reviving the night time economy and providing an experience that is unique to the city. The air of secrecy in these bars adds to a definite feeling of rebellion for a generation of millennials that feel they are discriminated against. Christopher McLaren-Isakka, former director of events collective, A Series of Fortunate Events hosted illegal warehouse parties in abandoned spaces across Sydney between 2011 and 2013. He felt this notion of youth rebellion added to the experience: “The more illegal, the more memorable the experience […] There was an amazing closeness between people, a mateship, a shared knowledge that what we were doing was illegal.” 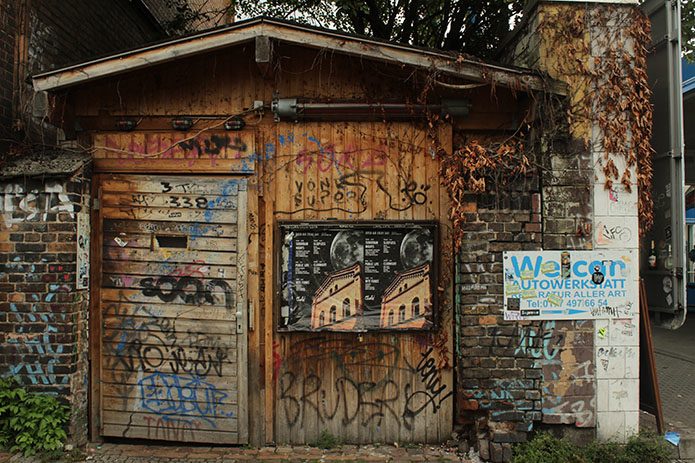 Many of the entrances to Berlin night spots are unassuming and grungy. | © Felix Dupuy

This idea of rebellion in youth nightlife culture draws parallels with Berlin in the latter half of the twentieth century. Following the fall of the Berlin Wall, many warehouses and factories were left abandoned and derelict. This opened up the opportunity for bohemians to illegally squat in the buildings and has come to define Berlin’s diverse and unique nightlife today. These bohemians and artists formed creative collectives to host events that have evolved into today’s most successful nightlife and live music management groups. Suol Music GmbH hosts a series of events throughout the city as well as managing local DJs and producing music. Interestingly, this enviable model cannot be replicated in environments such as Australia. This is evident in McLaren-Isakka’s creative collective, which went out of business in 2013 as its vision was incongruous with that of local council. “Sure, I made a lot of mistakes, but I had no room to move, to innovate, to take risks, as the projects I loved, the projects I truly cared about, were tainted by […] exorbitant council rent and fees”, he says.
Having said that, the aspects of Sydney that make its nightlife unique are proving successful. This comes in the form of hospitality empires like Merivale and Applejack hospitality who have revolutionized the bar scene in Sydney. Prior to its current landscape, Sydney was dominated by pubs and live bands. Despite the success of pub rock music, the venues themselves were somewhat homogenous and the food was uninspired, according to Merivale CEO, Justin Hemmes. Today you can find night spots inspired from every continent and historically significant time period. Moya's Juniper Lounge is focused on reviving classic gin cocktails from the early twentieth century and has the decor and music to match. Owner Manager, Charles Casben, plays to his strengths as a classically trained bar tender and has deliberately geared the bar’s liquor selection to showcase a wide range of local and international gin.

These venues do however need to be strategic to keep doors open in Sydney’s current climate. Casben notes the diversification of novelty bars as a necessity for a sustainable business in this current environment. He explains the rationale for his most popular event Sunday Night Jazz and Negronis as a combination of passions for early twentieth century culture and notes the success of other combinations such as The Barber Shop’s premium gin and grooming offerings as following suit for the owners’ expertise.

The common theme that underscored many of the open air spots in Berlin was an appreciation of summer and the environment. This heavily influences the decor. Mid-century antique chandeliers will float precariously above found spaces converted into make-shift beaches with imported sand pits complete with buckets and spades. A metallic Jeff Koons balloon dog will sit patiently, reflecting the sunset next to a wall mural constructed from old vinyl record labels. To describe Berlin’s current aesthetic as ‘eccentric’ would be an understatement. Klunkerkranich, a creative collective in East Berlin, has constructed a rooftop garden culture space above a Neukölln shopping centre. The project fuses live music and hospitality with organic horticulture and runs classes on a wide range of topics from bee-keeping to flower dyes and basic gardening. The project spans across the warmer months from day to night which staff say creates an existence distinguished not by day and night “but living […] between up and down“. 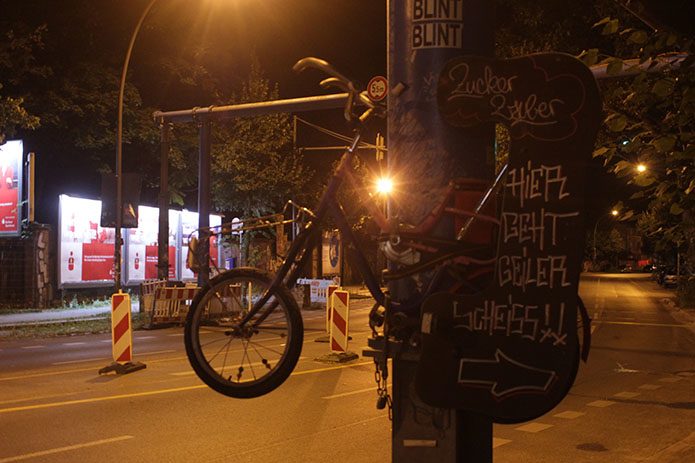 Street entrance to Zuckerzauber, Friedrichshain. | © Felix Dupuy The themes for more long-standing night spots in Berlin lend themselves more to enabling specific forms of self-expression. Roses Bar in Kreuzberg is a legendary gay bar with decor that can only be described as a fabulous fluffy pink assault to the senses. Interior photography from guests and the media are prohibited. Enquiries into the rationale for this rule draw suspicion from the bar staff who stated that it was to preserve the privacy of their patrons, so as to allow them to express themselves and explore identities they may not engage with in the real world. This concept is not unique to Roses however and is accepted as the norm for many of Berlin’s more notorious nightclubs. The aversion remaining as a hangover from heavy, authoritarian style surveillance from previous communist regimes.

It is difficult to compare Sydney and Berlin nightlife, but there are a select few historic junctures that have come to define each city’s present reputation. What is evident however, is that the respective night time economies hinge on two wildly different philosophical and political approaches. These undercurrents spanning across the past century have intertwined themselves in the cities’ histories to produce subtle nuances in infrastructure, economic models and even urbanite attitudes to self-expression. The result is a unique expression of each city’s youth and creativity despite globalisation creating homogeneity in many other economically inclined avenues.