Throughout the month of June, Goethe-Institut’s own streaming service Goethe on Demand is filled with new and classic German cinema. If you’re wondering what to watch, our film critic Sarah Ward selects her five must-see picks.

Fans of German cinema already know one important fact: that the country’s filmic output is both vast and influential. When movies were in their infancy a century ago, the nation’s best filmmakers helped revolutionise the medium. And, through the lingering impact of masterpieces made then as well as the highlights that have reached the silver screen since, Germany’s cinematic prowess has continued to leave an imprint.

That’s evident through talents sadly now lost, such as Rainer Werner Fassbinder, as well as through those still or just beginning to make their mark — with films of both types featuring on Goethe on Demand, the Goethe-Institut’s own streaming service.

From informative documentaries and poetic reflections on Germany’s past to experimental comedies and decades-old provocateurs, there’s plenty to watch — and our film critic Sarah Ward has picked her five tips.

Fassbinder: To love without demands


Prolific, uncompromising, volatile, challenging: Those words and many others can be used to describe Rainer Werner Fassbinder. However in Fassbinder: To Love Without Demands, it’s the filmmaker’s own characterisation of himself that proves the drawcard. The list of documentaries about the great director isn’t small, but Christian Braad Thomsen’s addition to the fold draws upon a candid 1978 interview with Fassbinder in Cannes almost a decade into their friendship. As a result, it gifts viewers an intimate portrait of a man who has been analysed and celebrated with frequency, yet still so often comes across as enigmatic and inscrutable. 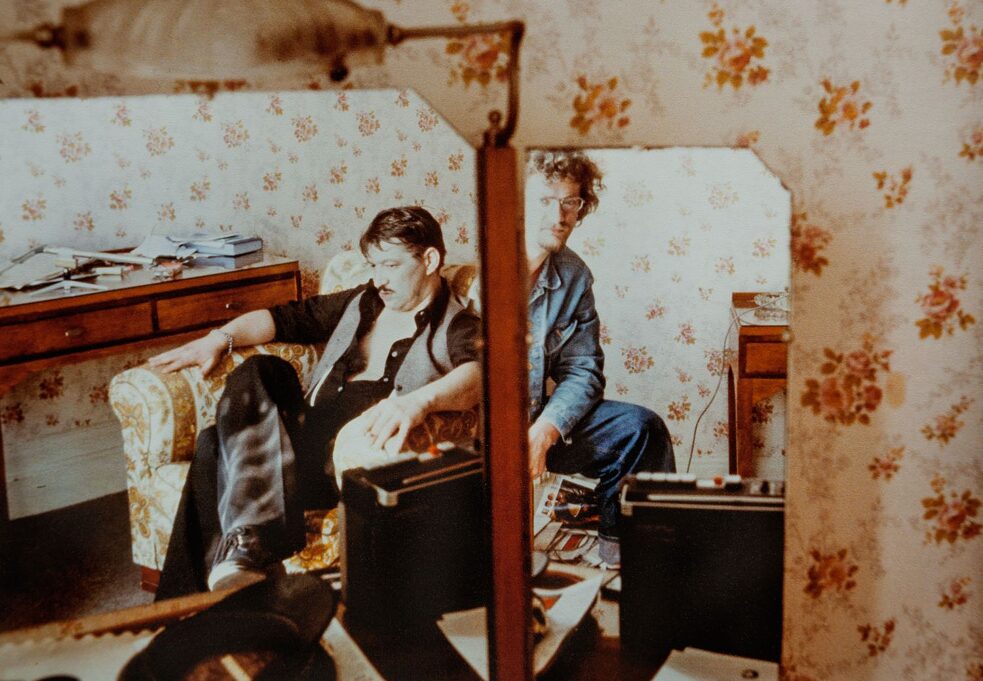 Indeed, there’s nothing quite like hearing from Fassbinder about Fassbinder, even in a visibly hungover, whisky-sipping state. He’s supported by the film’s other clips and interviewees, such as his mother Lilo Pempeit, actresses Irm Hermann and Andrea Schober, and actor Harry Bar. Through voiceover, Thomsen himself provides context, details and his memories, all while breaking his subject’s life into chapters to unearth his psychological motivations. As a result, understanding and unpacking the inner workings of Fassbinder’s mind is more important to To Love Without Demands than intricately cataloguing his cinematic oeuvre and impact — but both are intertwined, of course.


With 2019’s I Was at Home, But, Angela Schanelec’s observational, patient and poetic style won her the Silver Bear for Best Director at Berlinale. Before that, the writer/director’s 2016 film The Dreamed Path also earned her ample attention — especially for her willingness to interrogate the emotional landscape traversed by her characters, yet never surrender an iota of texture or complexity. But they’re just the two most recent and acclaimed titles on the filmmaker’s resume, with 2007’s Afternoon also showcasing her talents. Taking inspiration from Chekhov’s The Seagull in a loose fashion, it’s as ruminative and probing as recent devotees of her work have come to expect.

Combining loaded chatter, scenic summertime sights, thorny relationships and hefty servings of existential angst, the weighty, unashamedly melancholy Afternoon spends time at a lakeside Potsdam villa with a group of intertwined characters — including actress Irene, played by Schanelec herself. As Irene endeavours to get closer to her writer son Konstantin (Jirka Zett), he struggles with his relationship with his girlfriend Agnes (Miriam Horwitz), with their reunion unearthing a depression that neither he nor Irene quite know how to handle.


Point a camera at Tilda Swinton, and movie magic tends to follow. That’s no less accurate when Swinton is simply cycling around Berlin, rather than playing a character. Or, when she’s perusing the sights, reflecting upon the city’s divided past and intermittently sharing her thoughts with the audience. That’s all there is to The Invisible Frame; however it’s a moving and insightful documentary experience. It’s also a follow-up by filmmaker Cynthia Beatt to her 1988 documentary Cycling the Frame, which followed Swinton peddling along the then-standing Berlin Wall.

This time around, the wall has long fallen, but it’s never far from Swinton’s mind. She bikes through recognisable inner-city spots as well as suburban landscapes, and traverses both sides of the former barrier, with the camera chronicling her journey — and a soundscape by Derek Jarman collaborator Simon Fisher Turner proving effective at placing viewers on the German streets as well. What stands out, though, is the way both Swinton and this unique documentary contemplate history, mirroring a process that’s inescapable for any visitor to Berlin. To trek through the city is to be continually cognisant of what else has happened there, especially in the modern era, a feeling that The Invisible Frame captures and conveys perfectly.


The grim and gritty side of teenage Hamburg life is thrust into the spotlight in Roland Klick’s gripping, astute and impressively acted Supermarkt, a New German Cinema classic that gives adolescent angst an outlaw twist while also peering into 1970s-era West Germany in an uncommonly bleak yet naturalistic way. Constantly fleeing someone, usually the police, Willi (Charly Wierczejewski) is a magnet for trouble from the moment the camera first locks eyes on him — a rebel whose main cause is frustration at the world around him, which he’s yet to find a place in, and who’s willing to do whatever is necessary to carve out a smallest piece of happiness.

As told with a taste for action and a feeling for youthful malaise and agitation, Willi’s on-the-streets life gets more complicated when he crosses paths with three figures: journalist Frank (Michael Degen), who sees the teen as an emblem of society’s failure to care for the vulnerable; sex worker Monika (Eva Mattes), whose young son he warms to; and small-time crook Theo (Walter Kohut), who doesn’t think twice about capitalising upon their partnership. Falling into a familiar genre and charting a recognisable narrative path, it’s easy to foresee where Supermarkt is headed; however Klick gazes at his protagonist with clear eyes, ensuring the film is a standout of its period.


As a satire, Max Linz’s Berlin-set offbeat comedy has more than a few targets. Among them: academia, capitalism, technology, buzzwords, corporate-funded research, the ever-blurring line between pursuing knowledge and chasing profit, the increasing commercialisation of everyday life, the growing instability of the workforce, the influence and escapism of virtual reality, and the words-over-actions approach to global issues, particularly climate change. All of the above topics come to the fore when climate scientist Phoebe Phaidon (Sarah Ralfs) commits to a new teaching contact at the Institute for Cybernetics and Simulation Research, with her latest tenure coinciding with the centre’s fight for survival.

Chronicling not only the obvious battle, but Phoebe’s place in-between the increasingly mobilised student populace and the extremely set-in-their-ways faculty, Weitermachen Sanssouci isn’t afraid to take a big swing (or several, in fact). When it works, however — which is more often than not — Linz’s broad and bold approach results in both knowing humour that hits the bullseye, and surreal moments both strange and amusing.

In partnership with Filmgalerie 451, Goethe on Demand is showing a range of free films until the end of June 2020.