© Schlingensief: A Voice that Shook the Silence

As an artist who first picked up a camera as a child, spent his career interrogating the past, but also recognised that such a process always rewrites the past, what would Christoph Schlingensief think of any posthumous film about him and his work? Both near its beginning and approaching its conclusion, Schlingensief — A Voice that Shook the Silence (German title: Schlingensief — In das Schweigen hineinschreien) offers two contrasting statements that could provide answers — and, combined, reflect the wealth of complexity, chaos and purposeful contradictions evident in the filmmaker and theatre director’s output before his death to cancer in 2010. Among the documentary’s early moments, Schlingensief notes that his father always told him that “remembering means forgetting”, explaining that by recalling something you make that memory your new record. Later, as the movie winds down, he talks about how he has always seen the whole world as a film, that he has done so since he was eight, and how one of the reasons for that mindset is that anything on film and in a film is infinite.

A Voice that Shook the Silence is one documentary that pays tribute to Schlingensief and chronicles his work in one specific fashion — but if this is the version of his story that echoes forever, it’s a worthy one. Distilling the essence of Schlingensief’s movies, performance art and theatre productions down into one filmic tribute was always going to be a difficult task, as was trying to clearly convey the potency of his art, the daring and the constantly questioning thinking behind it. However with ample assistance from a treasure trove of archival materials, including rare interviews with the subject itself, this dense, comprehensive and powerful documentary achieves its feat. It also ticks two of the most crucial artist profile boxes, too, offering an engaging introduction for newcomers and a far-ranging exploration for the already acquainted. 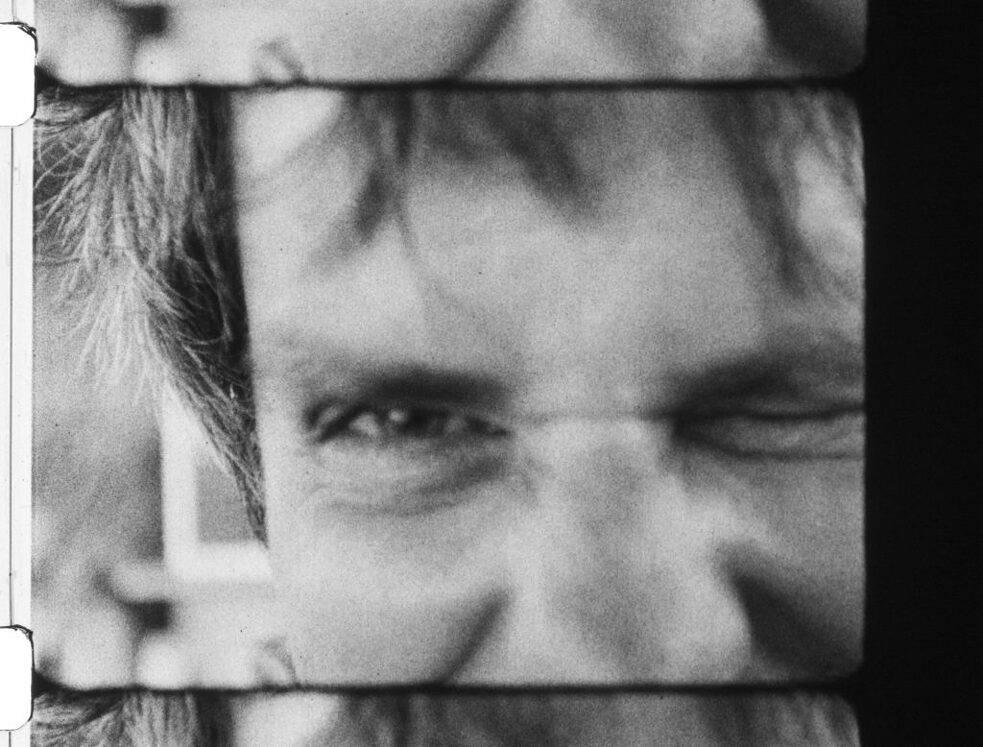 
It might seem quaint or ill-fitting to primarily tell Schlingensief’s story as a birth-to-death narrative, but editor-turned-director Bettina Böhler — both A Voice that Shook the Silence’s editor and director — understands why this approach works in this case. She commences her film with late-career glimpses of her central figure, including footage of him trying to sketch out his life’s path visually, then charts his evolution from childhood to his last days to appreciate how he got to this point. As a boy, he was always cognisant of the fact that his parents wanted six children, tried for nine years but only had him. As a high-school graduate with a wealth of home-made shorts to his name, he couldn’t even get into film school in Munich by calling upon Wim Wenders’ help. And, as he plunged further and further into his original chosen art form, as well as theatre and performance art, his fame, acclaim and challenging reputation sprang from his steadfast refusal to create anything that could easily be consumed or pinned down.

Schlingensief’s life is filled with fascinating details, as is A Voice that Shook the Silence in retelling it, such as the way that he instantly connected with Tilda Swinton (who featured in his 1986 film Egomania – Island without Hope), the inspiration he found in Luis Buñuel and Rainer Werner Fassbinder’s respective filmographies, and how pleased he was when Udo Kier advised him how much his work made him laugh. However, this documentary is best served not simply by intriguing memories and interesting trivia, even when proffered by the man himself, but by the combination of Schlingensief’s near-constant commentary about his approach and his work with snippets from his movies, plays and other productions that put those shared musings into context.


It’s one thing to watch the anarchic, irreverent yet always probing way that Schlingensief tackled German history, politics, megalomania and conservatism, as well as both religion and family, on screen, on stage and in his art. It’s another to pair clips from 100 Years of Adolf Hitler – The Last Hour in the Führerbunker, The German Chainsaw Massacre – The First Hour of the Reunification and Terror 2000 – Germany out of Control — to name just a few sighted — with a deep dive into their place in Schlingensief’s oeuvre, and a contemplation of what they say about said oeuvre. The latter is firmly on A Voice that Shook the Silence’s radar. The later the footage dates, the more pointed and urgent it feels, including visuals from his end-of-career works. Schlingensief’s response to accusations that he’s using cancer to be provocative is instantly both raw and resonant, too, especially when presented with his creative output at the time. His reflections on pain, spanning his own and that inflicted by his country historically, has a similarly strong impact.

In coalescing all of the above, Böhler’s editing skills certainly prove pivotal, although that’s to be expected on two levels. Weaving such an extensive range of material together requires extreme dexterity, especially given that A Voice that Shook the Silence aims not just to catalogue, but to give viewers the truest sense of its subject by fashioning itself in his image. And Böhler’s place as a veteran of the craft has long been secured, with a list of Christian Petzold’s films (including Barbara, Phoenix, Transit and Undine) on her resume alongside Hannah Arendt, Axolotl Overkill, Western, A Regular Woman and her own last directorial effort, Searching for Ingmar Bergman. That any documentary can capture Schlingensief in any meaningful way is an achievement, of course. Through its frenzy of footage, this one leaves viewers both overwhelmed and wanting more, aptly.

Schlingensief - A Voice that Shook the Silence screens twice at this year's Brisbane International Film Festival. Tickets can be purchased here.