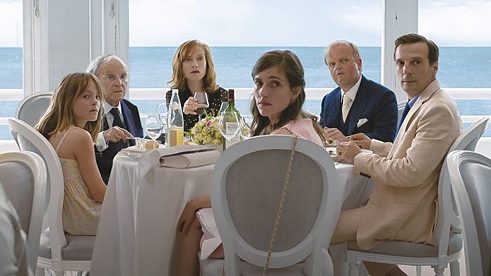 Perhaps the greatest trick Michael Haneke continually pulls is his most obvious one. 28 years and twelve features into his filmmaking career, the Munich-born Austrian director has perfected the art of bleak portraiture. Displaying formal command and corralling finessed performances to match, he has carved a specific niche, mastering the art of restrained dramas that lay bear humanity's true nature.

Patient yet probing, his films pulse with the unease of watching and waiting for life, and people, to take an inevitable turn into darker territory. Appearing to proceed with care but valuing portrayals that slowly throw caution to the wind, his work burrows into the inner desires, thoughts, urges, actions and reactions most dare not admit or discuss. Haneke doesn't judge, but instead presents, demonstrating how even the most routine circumstances can prove insidious: upper-class living, a family visited by strangers, children growing up or the elderly facing the end of their lives, for example.

All four feature in Happy End, an effort with a moniker designed to raise a smile; if there’s one thing that the mind behind Funny Games, The Piano Teacher, Cache, The White Ribbon and more isn’t known for, it’s bringing his films to an upbeat conclusion. That wry titular acknowledgement is emblematic of a movie that knowingly skirts the line between greatest-hits package and culmination of the writer/director’s output to date. It’s easy to feel as though Haneke is retracing his own footsteps, and he is, but he’s doing so with purpose and self-awareness.

Secrets, anxieties, hidden needs and the unexpected accoutrements of privileged lives: all stew and simmer, ready to send the big yet far from harmonious household crumbling like a wall of rock at a building site. In fact, a wall of rock at one of their company’s building sites does just that, with Haneke happy to be both blunt and subtle. The notion that he’s being playful in his splashes of blatancy can’t shaken, including when his Amour star Trintignant delivers lines that link Happy End with its predecessor. It mightn’t always make for a wholly satisfying end result, in the way commonly seen whenever filmmakers rely upon their established trademarks a little too heavily, but the director makes a valid point. In his films and in life alike, escapable miseries can only repeat. 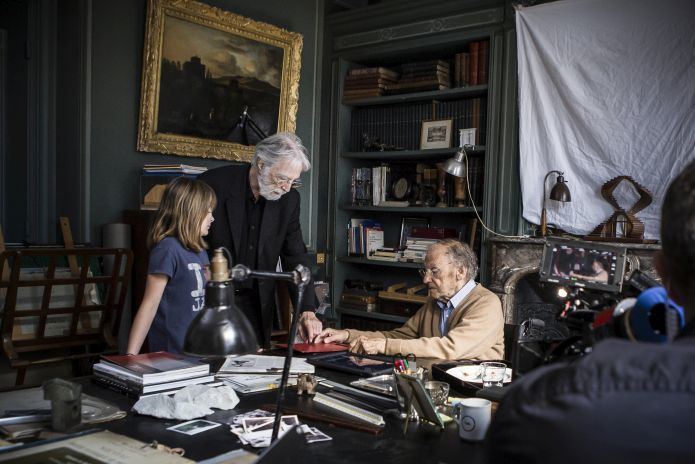 Secrets, anxieties and hidden needs all feature in 'Happy End' (2017). | © Happy End via Sydney Film Festival Still, that doesn’t stop the veteran from experimenting with tone, theme and form to intriguing effect to get his message — or his portrait of humanity’s horrors in a microcosm — across. Happy End is more comical than he’s known for, in a can’t-help-but-laugh manner as the Laurent family soap opera sends their ostensibly composed existence into a sea of mayhem. It’s also broader in its remit in a specific sense, expressing not only universal truths but conveying the juxtaposition of his well-to-do characters’ conflict with France’s ever-present refugee population. And, the film isn’t content just to just serve up Haneke’s now-famed icy shots that seethe with detachment, while imploring audiences to stare harder to unveil the terror within their midst. Toying with mobile phone footage, livestreaming, social media, messaging, email and video, he demonstrates how the same behaviour has made the leap to modernity.

Add the ample assistance of his excellent ensemble cast — particularly the scene-stealing trifecta of Trintignant, Huppert and the young Harduin — and Happy End becomes what most of Haneke’s output strives for: a snapshot both relatable and teeming with unspoken distress. It’s here that the film’s title feels not just winking but fitting, illustrating that happiness is relative. After all, sharing the same fortunes as the Laurent clan remains preferable to most of his finales.