Exhibition and Book presentation We are Cypriots

28 Cypriots tell Their Stories: Reports and Photographs from a Divided Island

Between 2015 and 2018, during the reunification talks and after their failure, German photographer Lisa Fuhr visited Cypriots throughout the island and photographed them in their natural environment. These intimate photographs and the accompanying detailed conversations provide information about life in Cyprus today. “I’ve always been interested in taking a look behind the scenes in other countries“, says Fuhr. The feelings of the Cypriots across the island and their individual life stories in an ambivalent, divided country are thus given special attention in this exhibition.

Lisa Fuhr will present her book We are Cypriots – Wir sind Zyprer at the opening of the exhibition on 15th May at 7 pm.

There will be a panel discussion with Lisa Fuhr, conducted by Klaus Hillenbrand, Berlin journalist and senior editor at the German daily die tageszeitung (taz). In his comprehensive foreword to this 416-page book, Hillenbrand traces the historical and contemporary as well as the social and political developments that have deeply shaped this island and Cypriots until today.

Fuhr's chronicle takes us behind the scenes and shares personal stories that official narratives often ignore. In addition to the 28 interviews and personal reports in German and English, 110 colour photographs are also presented. 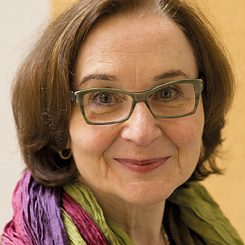 Photo: Christian Topp Lisa Fuhr obtained her Master's degree in English and worked for twelve years for the Goethe-Institut in various positions, including cultural coordinator in Mexico City. Later she freelanced on projects in the field of culture and language, e.g. translations for film and television, as well as on various photo projects in southern Italy, Mexico and Georgia. 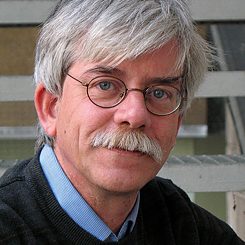 Photo: Detlef Werth Klaus Hillenbrand is head of taz.eins, a department that plans and produces page one and the main pages of the Tageszeitung (taz), a renowned national German daily newspaper. Hillenbrand is an expert on Cyprus: in 1984/85 and 1989/90 he worked here as a freelance journalist. He continues to visit the island regularly and comments events and developments in Cyprus for the taz. Hillenbrand is the author of several books, including Ethnische Konflikte im urbanen Raum: Das Beispiel Nikosia (Berlin 1994) and Cypern: Aphrodites geteilte Insel (Munich 1990), and numerous non-fiction books on national socialism and the persecution of Jews. Klaus Hillenbrand lives in Berlin.