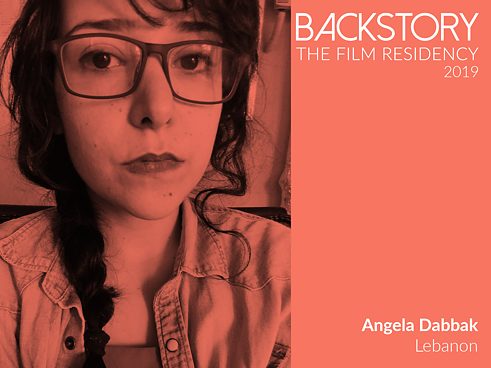 Angela Dabbak is a video editor and filmmaker from Beirut.
Having focused her career on video editing, she is recently branching out and aiming to improve her skills as a filmmaker.
She directed her first short film "Spin -  واقع" through Bidayyat's Intensive Documentary Training workshop and was awarded a grant at the end to finish it professionally.

Intersect sets place in the heart of Beirut, visually covering many sides of the city that have drastic differences in wealth distribution.
It is a dialogue between the extravagantly rich and struggling poverty of streets that are so close geographically yet look nothing alike, written purely as a dialogue between a bickering, clashing married couple.
Another layer to the film is a brief, however essential, search through history, questioning why and when this clash happened and how the country’s history leaves no room for this city to make peace with itself.