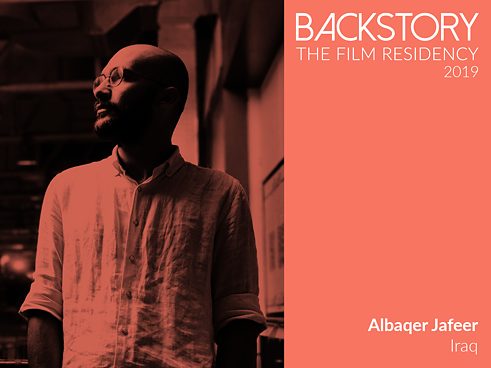 Albaqer Jafeer is an Iraqi director who studied filmmaking at the Iraqi Independent Film Center in 2009. Later on, Jafeer participated in filmmaking workshops inside and outside Baghdad where he studied screenwriting, directing, editing and production management. Albaqer Jafeer’s filmography includes the short documentary film “Rafa’t Alam” (Rising the Flag) and “Ghorbat Ghajar” (Strangeness of the Gypsies) and the experimental film “50mm Lens”. “The Band” is Jafeer’s debut feature documentary film. He is currently working on a new fiction documentary film.

“Take me to the cinema” follows the journey of the former soldier Nassif, who was fleeing war by hiding in dark cinemas. During this time, he used to watch his favourite film called “Papillon 1973”. Now, he is looking for this film among the Iraqi cinema ruins. The search for the movie is the only reason for Nassif to go out of his room. He goes to the old and obsolete cinemas; he asks the rest of cinema owners about that movie. We come to discover Baghdad through Nassif where he takes us to streets that totally differ from his silent and quiet world.