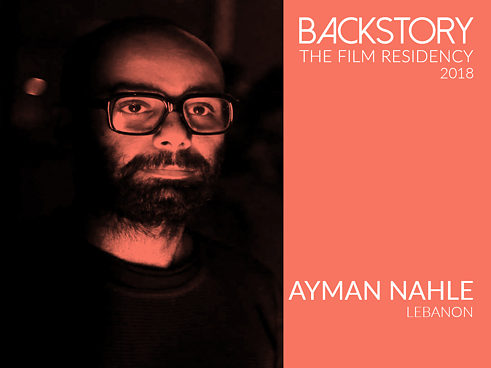 Ayman Nahle is a Lebanese filmmaker based in Beirut. He studied film and theater at the Lebanese University, Beirut. He has worked as a director, film editor and director of photography in several film productions. His focus lies in feature and short films, as well as experimental film.
With his latest experimental documentary “Now: End of Season” premiered in 2016 at the Berlin Film Festival forum expanded and was awarded the Think Film Award. The film captures the final moments of preparation by Syrian refugees before their perilous journey across the mediterranean from Turkey to Europe. It touches on subjects of waiting, memory and fear, expressed through visual artefacts.

Beirut’s hippodrome is one of the landmarks that perpetuate the country’s civil war history and power structures. From this place’s history, its present, the horse race and the people involved in it, the film “Mad Crossings مجنونة تقطع الرين” unfolds as a multilayered work interweaving the war’s audiovisual memory and the reconstruction process that destroyed the pre-war era only to reproduce similar power structures.

Ayman Nahle’s project investigates the hippodrome of Beirut as a space, history and symptom of the current political stalemate in the country. Power, money, political influence and geography, all congregate, past and present, around this emblematic spot in the heart of the city, perpetuating the same power relations. The use different types of cameras as well as audio and visual archive will further explore this archeology of the present.
The BAR residency will be extremely beneficial for Ayman to focus solely on his work and have time to think how to pursue and produce his multi layered experimental documentary.