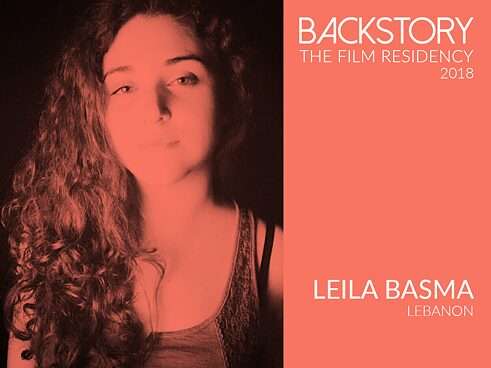 Leila graduated from IESAV with her thesis film Man Is Hunter, which went to a few international film festivals like Aesthetica Short Film Festival, Oldenburg International Film Festival and Montreal World Film Festival. After her graduation, she started working as a freelancer and directed a music video for the Lebanese rock band Nachaz, a TVC for the Beirut Cinema Screening, and manages the creative department of Beirut Cinema Days and the Beirut Cinema Platform. Leila gained experience in many fields like acting, production design, casting, and producing and has worked with different production houses including MBC, Highways productions, Cinemoz and Maizon Pub. She also gave a children's Ciné-club at the Ahliya School.
Her next step is to pursue a masters degree in Film Directing at FAMU in Prague.

In a small local beach resort located in Tyre (a small town in the south of Lebanon), a young waitress seems to be tired and suffocated as much by the heat of the summer as by her everyday life. Her last day starts by her meeting a handsome young man, who happens to be spending the night at the resort. After a terrifying event in the sea, she ends up feeling very close to the young man, and their romantic journey evolves rather quickly.
He seems to be the perfect way out, until he asks her to go away with him.

With her previous short films, Leila Basma has acquired a personal visual style and identified her thematic concerns. She is now longing to further her experiments and deepen her work with her new short film about the journey of self-discovery of a young woman from Sour.
Leila will greatly benefit from the BAR residency where she can focus solely on her artistic work without any financial burden, encounter and exchange with other artists and filmmakers to enrich her approach and point of view.