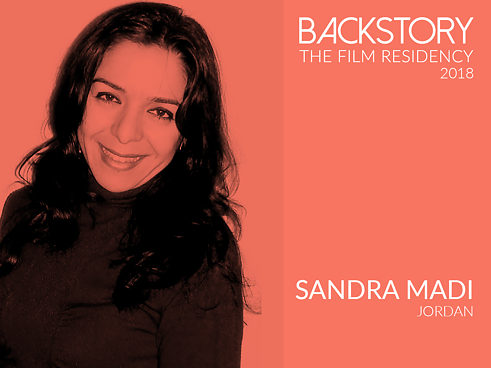 Sandra Madi is a Palestinian film director, actress and writer. She has 20 plays on her record that toured many cities in Europe. She has trained young people through many workshops. Acting and improvising in theatre, she was awarded three times as best actress. She worked as a radio presenter. She graduated from the AIF (Arab Institute of Film) in December 2006. Produced and directed several TV series, entertainment programs & documentaries.

"Heaven Beneath my Feet" is the story of three Lebanese Shia Women who are struggling to preserve their right to keep the custody of their children. Lina, who lives in the rural town of Baumholder, Germany, passes her days waiting for the decision of German officials on her residency permit in Germany so she could reunite with her fiveyear- old son whom she hasn’t seen since the father came up with a way to keep him out of her reach; Fatima who lives with her parents in the Southern suburb of Beirut and continuously refuses to give up her four-year-old son after rebelling against the religious authorities of the Ja’afari (Shia) court and preferred prison instead of obeying their laws; and Zainab from the Beqaa mountains who completely lost her son after her divorce and couldn’t win any legal battle to see him, lives her days hanging to a bit of hope.

Sandra Madi, Palestinian documentary filmmaker, not only holds a strong filmmaking background, but also presents a cinematic language that is new, challenging and unique in many different ways. She has demonstrated great potential through the quality of her previous works and the presentation of her upcoming one. Sandra's new project "Heaven Beneath My Feet tells the powerful story of three courageous Lebanese Shia women fighting for their right to reunite with their children. As a jury member of the backstory residency, I am positive she will make the best out of her stay in Beirut and will use this time to get some fresh perspectives, engage with the local film scene and most importantly find the right inspiration to move forward with her project.