Audio-visual performance The Interests Are At Stake

In their transdisciplinary project, artist duo KREUSER/CAILLEAU explore the imagery and sounds of money.

When and how does a piece of paper or an artwork acquire an exchange value? How is its value determined and put into practice? Although we live in a globalized world and economy, local history, traditions, approaches and interpretations of exchange are different. What can be summed up with „exchange“ in English requires many different words in German: Austausch, Umtausch, Eintausch, Abtausch. What they all have in common is a given or to be determined relation to a value. How do we define that value, what’s the exchange rate? How does value look like in artistic practice?

The Interests Are At Stake is a visual and sonic exploration of this phenomenon!

KREUSER/CAILLEAU is a duo project of German composer Timo Kreuser and French filmmaker Guillaume Cailleau. Their fetish is approaching objects as container of signifying function, generalized meaning and sociocultural contexts, which could be coins, bank notes or gold. By ignoring the primary features of things, and instead focusing on the potential of the object itself as sonic and visual stimulator, meaning gets molded into new contexts and the original understanding of it is undermined.

With their latest project The Interests Are At Stake they tour South East Asia in January and February 2020. In Malaysia the local sound artist, Goh Lee Kwang, performs with the duo during one set.
Goh Lee Kwang has created sound installations, sonic-visual interactive installations, single and multi-channel videos, improvised music performances, tape music, works for radio broadcasts and soundtracks for theater, dance, film, and has exhibited in venues in both Asia and Europe. 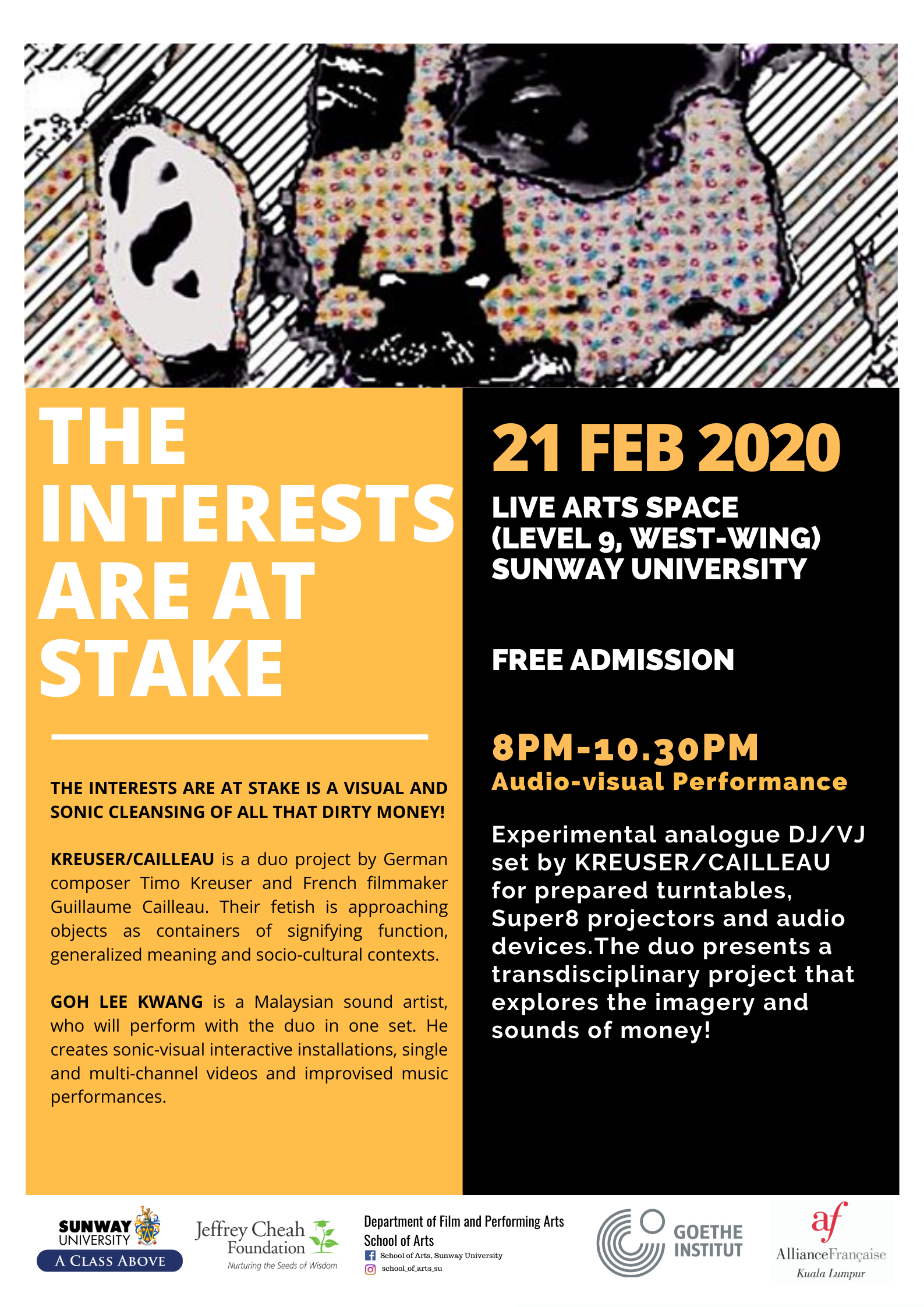 The performance is supported by the Goethe-Institut Malaysia.