This is the current production I’m working on. It is going well except that I decided early on that everyone would have a little too much to do rather than too little! Very bizzy [sic]. It’s a rather depressing play about a woman who kills her violent but shallow husband then proceeds to kill about a dozen other people who stand in her way to freedom. An allegory for the modern world based on a true story from around 1820. We have a rehearsal space [thanks to promised support from Goethe Institut] and it feels good—I rather like the work and we have a goodly crew who are all pulling their weight. Some days later—the production has opened and was well-received. I’m hoping to take it on tour. I shall send this off with a programme to give you some food for thought. When I say it is a depressing play I don’t mean our production is that. We dance, sing and drum through it all with much gusto and even humour … 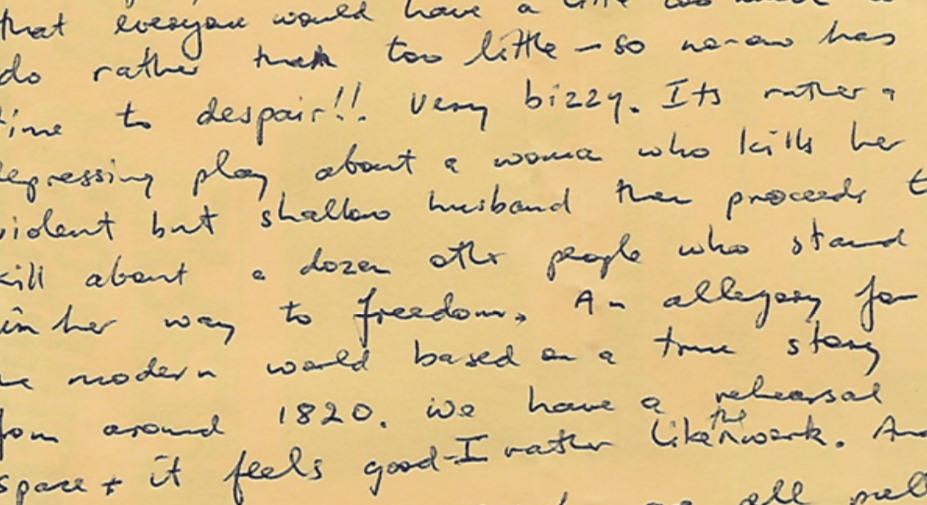 William Direen, poet-musician was awarded a Goethe-Institut language scholarship in 1994. He lived in Berlin for a time and his 1997 novel Wormwood is set there. He was included in Dies ist eine wahre Geschichte : Neuseelandische Autoren in Berlin, DAAD Berliner Kunstlerprogramm, in 2002, and took part in an evening of New Zealand writers organised by the NZ Embassy at Literaturhaus, Berlin in 2003. He has translated poems by Meister Eckhart von Hochheim, Rilke, Trakl, Goethe and Bertolt Brecht and set some translations to music. His review of Karl Wolfskehl : Drei Welten : Three Worlds, by Andrew Paul Wood and Friedrich Voit appeared in Landfall in 2016. With Johannes Contag he performed a poem with music dedicated to Karl Wolfskehl at Goethe Institut in 2019. He is a member of the Wellington-based music and spoken word group Ferocious.