Welcoming Culture
The Benefits of Diversity 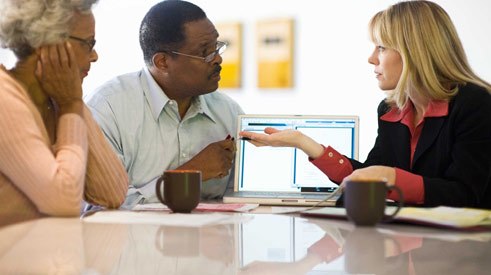 Public authorities too are working on their own “welcoming culture”. | Photo (detail): © Thinkstock

Universities, businesses and local governments want to step up their efforts to make immigrants feel at home in Germany. “Welcoming culture” is an idea with potential, but also one followed by many questions marks. And it has yet to arrive everywhere.

The term “welcoming culture” has emerged increasingly in political debates in Germany, almost invariably in connection with the debate on demographic transformation of society. The population growths is are decreasing, average age is increasing. This means that, in future, there will be a lack of workers in Germany. At the same time, Germany has become only slowly more attractive to skilled foreign personnel. In 2013 the OECD study “Immigration of Foreign Workers: Germany”, in which the attractiveness of various European countries is analyzed, still gave the country a bad mark. Welcoming culture is intended to remedy this.

Welcoming culture means an appreciation of diversity, explains Svetlana Franken, Professor of Business Administration at the Bielefeld University of Applied Sciences. And this could be improved in Germany. “It will change”, says Franken, “only when we move away from a negative way of perceiving things – ‘an immigrant is an incomplete German’.”

Franken came to Germany from Russia and has long concerned herself with migration and diversity management – subjects that overlap with welcoming culture. Often lacking, says Franken, “is a potential and competence perception” of immigrants. Such a view would enable people to think “Someone has imperfect knowledge of German, but he can perhaps do something else that we can’t do.”

Reservations such as Franken describes are also known to Maimouna Ouattara, board member of the National Association of Foreign Students. As an example, Ouattara cites the case of work groups in which students jointly treat a task and are graded as a group in the end. “Some students who come to us say; ‘We’re having difficulties getting into work groups’”, she reports. “There’s scepticism towards us because German students think we don’t know the language well and they’ll get bad marks because of it. They simply don’t give us credit for being able to do anything.”

But Ouattara also stresses that universities now do a lot to ensure that foreign students feel welcome. The same applies to foreign scientists and scholars who in many places receive help with administrative formalities and childcare from special “welcome centres”. They belong to exactly that group which has been causing the boom in the idea of welcoming culture: skilled personnel. They are an especially pressing issue for the economy.

As they are for Kai Teckentrup. He heads the medium-sized company Teckentrup in East-Westphalia, which produces doors and gates. One in four of his 850 employees has an immigrant background, an unusually high number for a medium-sized business and the result of many years during which Teckentrup promoted diversity. “For me, welcoming culture is part of diversity management”, says the businessman. “We want to produce a work environment in which everyone, regardless of his origin, sex or sexual orientation, feels at home in the company and can optimally contribute his full energy to it.” This Teckentrup has achieved partly with simple means – for example, in addition to Christmas cards there are Ramadan cards. Operating instructions are translated into comprehensible German.

In cities and municipalities too welcoming culture is being increasingly discussed. The fundamental questions thereby mooted may be seen in an example taken from a current pilot project “Foreigners’ Registration Offices – Welcoming Offices”. Ten foreigners’ registration offices are taking part in the project, which is funded by the Federal Office for Migration and Refugees. The head of one of these offices was asked whether it would soon hang out a sign emblazoned with “Welcoming Office”. No, he said, because it is “a fact that not all foreigners are welcome in Germany”.

With this comment, the man did not express his personal attitude, but rather the social reality. This makes the idea of welcoming culture vulnerable. The diversity expert Franken puts it in this way: “Either we want people with foreign roots, and then we have a welcoming culture; or we want only certain chosen foreigners, and then it’s hypocrisy”.

The city of Heidelberg provides a positive example. There the International Welcome Centre Heidelberg being organized which will combine both a foreigners’ registration office and a cultural and service centre in a single building. “And it’s very important that we don’t have any specification for skilled personnel”, says Timm Herre, spokesman for the city. “This will be a welcome centre where we’ll greet everyone from refugees to foreign students and, of course, also skilled personnel from abroad.”

It remains to be seen what meaning the idea of welcoming culture will be charged with in future. There is the danger that it will become merely a fine-sounding catchword if society does not come to an express agreement about who is welcome in Germany.

The conference “Language. Mobility. Germany”, organized by the Goethe-Institut in cooperation with the Federal Agency for Civic Education, will broach the topic of lived welcoming culture. On 6 and 7 November 2014, experts from the fields of politics, culture, science, scholarship, business and media will discuss a changing work world at the Palais in the Kulturbrauerei in Berlin. Guests include Aydan Özoğuz, Federal Government Commissioner for Migration, Refugees and Integration, and Heribert Prantl, head of the domestic politics desk at the “Süddeutsche Zeitung” and an expert on citizenship and immigration.

Judith Reker is a freelance journalist based in Frankfurt am Main.