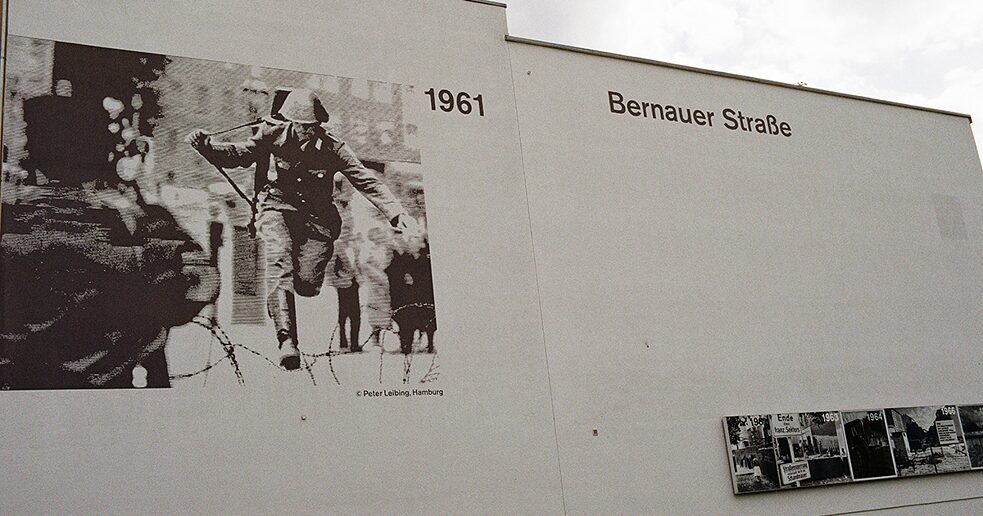 © Photo by Markus Spiske on Unsplash

Dr. Helge Heidemeyer holds a doctorate in history and since September 2019 has been director of the Gedenkstätte Berlin-Hohenschönhausen, a museum and memorial on the site of the main political prison of the former GDR Ministry of State Security, the Stasi. In his dissertation, Dr. Heidemeyer focused on "Flight and Immigration from the Soviet Occupation Zone, GDR 1945/1949-1961. The Refugee Policy of the Federal Republic of Germany until the Construction of the Berlin Wall."

Before moving to the Berlin-Hohenschönhausen Memorial, he established the memorial site Notaufnahmelager Berlin-Marienfelde (Marienfelde refugee transit camp) as its first scientific director from 2003-2005 and headed the Education and Research Department at the Stasi Records Agency from 2008-2019.

Klaus-M. von Keussler (born 1939 in Königsberg / today Kaliningrad) studied law in West Berlin and experienced the erection of the Wall there in 1961. As a 23-year-old, he participated in the construction of several escape tunnels; through one successful tunnel (1964), 57 men, women and children were able to escape to the Western part of the city. He was also involved in several successful individual escape operations and, together with his comrades-in-arms, helped a total of 65 people to leave the GDR. The arrest warrant issued against him in 1965 was lifted in 1985. Today, he is a member of the Ettersberg Foundation's Advisory Council for Coming to Terms with SED Injustice and chairman of the FREIHEIT – Booster Club Andreasstraße Memorial and Education Center Andreasstraße (in the former Stasi remand prison) in Erfurt.

Back to the 2021 Virtual Social Studies Tour Program