A raft with eleven Algerian refugees, running low on fuel. A cruise ship with a small town’s worth of international passengers and crew members. An Irish freighter. A Spanish rescue vessel. One single point of convergence in a vast wash of blue water.

Miami-based The Spirit of Europe, the third largest cruise liner in the world, plows through the Mediterranean every summer, offering its passengers a temporary escape from their everyday lives. But even the bloated tackiness of the ship’s much-hyped belly flop competition is not immune to the chaos of the European migration crisis. When a disabled raft nears The Spirit of Europe, the ship’s captain is forced to do something headquarters in Miami wants to avoid: cut the engines. 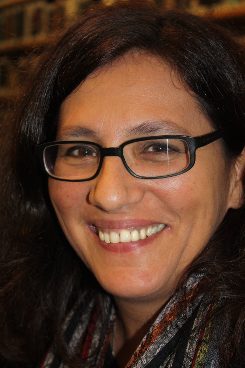 © Merle Kröger Collision is a maritime thriller by one of Germany’s most celebrated crime writers, building suspense through the eyes of a diverse array of memorable characters, among them Karim Yacine, the Algerian captain of the raft disable; Lalita Masarangi, member of the massive cruise ship’s security team; and Sybille Malinowski, an elderly passenger on holiday with her sister, which, as the drama at sea continues to unfold, seems to be turning increasingly sinister. Central to all of it is Nikhil “Nike” Mehta, the cruise ship’s ambitious head of security who, like an illusionist, makes the ship’s relentless problems disappear. As Collision races toward its surprising conclusion, Nike’s particular solution for the Algerian refugees at sea might be his greatest sleight of hand yet.

The film Havarie will be screened on October 8 at the National Gallery of Art. A discussion follows with director Philip Scheffner.
Film

Presented as part of the festival Films Across Borders: Stories of Migration, showcasing inspiring stories of courage, hope, and determination. International voices and perspectives are portrayed via dramatic features, documentaries and shorts. Despite tremendous challenges, immigrants and refugees are often able to overcome and even prosper. Discover the provocative tales of those who strike out for a new life – facing uncertainty, deprivation, and new and often confusing cultures and dangers – as their determination and a longing for a more peaceful life or in some cases, reunion with beloved family members, propel them to migrate. Through panel events and post-screening discussions, experts will engage with the audience to answer questions and further explore the issues.

Films Across Borders: Stories of Migration is presented by AFI Silver Theater and Cultural Center; American University School of Communication and College of Arts and Sciences; the National Gallery of Art; the DC LaborFest; the Immigration Film Fest; the Cultural Services of the French Embassy; the Goethe-Institut; the Mexican Cultural Institute and SPAIN Arts & Culture.