Concert Music of the 20th Century - Concert No. 7: Night Music

Welcome back to the 20th Century Concert Series organized by Maestoso Inspirito School of Music and the Goethe-Institut Hanoi. The series builds on the success of last year. The programme selection combines the search for new sounds and music stiles with the perfection of the performance and a pleasing to the ear.

The opening concert with the theme "Night Music" introduces various composers on the romantic theme of "Night". This can be tenderly poetic, mysteriously insinuating or menacingly dark. Most of the compositions are first performances in Vietnam -in different creative musical styles of pioneers of music of the last century.

The well-known pianist Luu Duc Anh leads the audience through the program to create a deeper understanding of the individual pieces and their special features. 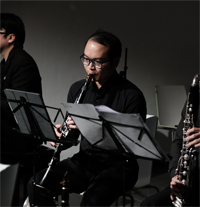 © Private earned his Bachelor’s degree for clarinet at Vietnam National Academy of Music, Master degree at Temple University (USA) and Doctoral degree at North Texas University (USA). During his study, he has worked with well-known musicians such as John Scott, Kimberly Cole Luevano, Paul Demers, Ricardo Morales, Greg Raden, Vu Dinh Thach. He has performed at multiple music festivals with domestic and US-American orchestras. Tran Khanh Quang serves now as lecturer at the Vietnam National Academy of Music and is also an artist of the acclaimed wind brand Buffet Crampon and Vandoren Paris.
Hazel Nguyen (1993) 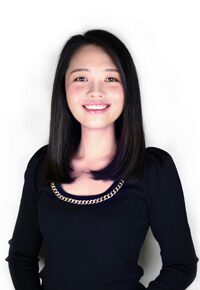 © Private full name is Nguyen Ngoc Tra My. She was awarded a full-ride scholarship by the Royal Conservatoire of Scotland in 2012 and graduated with Distinction in Piano and Orchestra Conducting. After that, Hazel graduated with a Master’s degree in Piano Performance from the Royal Academy of Music.
Before returning to Vietnam in early 2022, Hazel used to hold the role of Associate Dean at Rossall School (UK) and Dean of Piano Department at Ripley St Thomas School. She also participated in performing activities and served as a judge for many national as well as international music competitions.

Moreover, Hazel is also one of the youngest members of the British Royal Music Examination Board ABRSM. Over the years, Hazel has been awarded the prestigious Pianist of the Year award in Worthing. At the Brighton Springboard Music Festival, she won first prize in three different categories, as well as First prize in the Concerto competition. In Glasgow, Hazel won the Jock Holden Memorial Trophy for Best Mozart Player. She was also the winner of the Glasgow Rising Star competition. Hazel also won the Roseanne Archibald Award for Most Promising Artist at the Blackburn Music Festival.
Kyle Acuncius (1986)

© Private holds Percussion Performance degrees from the Interlochen Arts Academy, the Eastman School of Music (B.M.), Indiana University (M.M.) and two degrees from the University of Michigan (M.M.-Chamber Music & Specialist in Music). Kyle is currently the Principal Timpanist of the Sun Symphony Orchestra, Hanoi. Prior to his appointment in Vietnam, he held the position of Principal Timpanist of the Thailand Philharmonic Orchestra and served as instructor and coordinator of the percussion program at Mahidol University’s College of Music in Bangkok. Kyle is also a proud endorser of Zildjian Cymbals, Black Swamp Percussion and JG Percussion.
Duong Hong Thach (1990) 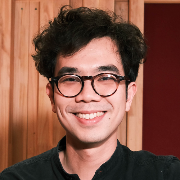 © private studied Intermediate level and Bachelor in Piano performing at Vietnam National Academy of Music with teacher Nguyen Huy Phuong. In 2015, after earning a Bachelor degree in Vietnam, he continued to study his Master’s degree in Piano performing at Gnesin Academy of Music, Russia and graduated in 2018. Thach has participated in various piano masterclasses with well-known musicians and professors such as Prof.Tran Thu Ha (Vietnam), Prof. Fumiko Eguchi (Japan), Prof. Boris Kraljevic (Serbia)… After returning to Vietnam, he became a teacher at the Piano department, Vietnam National Academy of Music.
Yukii Urushihara (1990)

© private graduated from Trumpet University and Graduate School in Rostock Conc theorem academy, Germany. He has performed in many orchestras such as Tokyo Junior Philharmonic Orchestra, Asian Youth Orchestra, Staatsoper Berlin, Orchestra Akademie of Norddeutsche Philharmonie Rostock. He currently works at the Sun Symphony Orchestra and teaches Trumpet and Ensemble at the Inspirito School of Music. He is also a founding member of Hanoi Brass Community, the first brass ensemble and community in Vietnam.
Nguyen Pham Minh Hoang (1997)

© Private graduated Intermediate level of Piano performance at Vietnam National Academy of Music under the guidance of Nguyen Minh Anh. He continued to pursue his study in Hungary and earned his Bachelor of Piano performance in 2021 at Franz Liszt Academy of Music, Budapest, Hungary under the guidance of Professors Gulyás István, Jandó Jenő, Monostori Gábor and Mali Emese.
Vo Minh Quang (2006)

© Private is currently a student of the Talent Class of the Vietnam National Academy of Music, led by the Dean of Piano Faculty, Dr. Dao Trong Tuyen. Vo Minh Quang was awarded a Certificate of Merit from the Prime Minister in March 2021, honored as ‘The New Face of Vietnam’ in 2020, ‘The Promising New Face in Culture and Arts of Vietnam’ in 2018 and 2019; 'The Young Talented Face of Vietnam' over the period of 2015 to 2020…