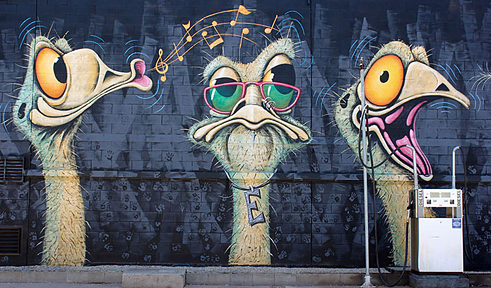 Humanity is and has always been fascinated with art. We discuss its philosophical purpose, its power to inspire and communicate and in many cases, why we don’t like it. However, much of this analysis is focused on a very private sector of artistic expression. That being, art that takes place behind closed doors or ticketed events. Very little discussion and consideration is allocated to the purpose and potential of democratic or public art. Its accessibility means that its influence takes place on a very terrestrial level and exposes itself to the eyes of those who might not have otherwise had the time or resources to access it in a gallery. The resurgence of street art through artists like Banksy has had a major impact (both politically and economically) on many urban landscapes around the world. The influence of public art spans beyond the urban and in this case, into rural communities.

Coonamble is a small town in the Central Western Plains of New South Wales (NSW) with a population of 2,750. Earlier this year they invited John Murray, a Lightning Ridge based artist and local Indigenous artist, Sooty Welsh to paint a decommissioned water tower just outside the centre of town. Each element of the artwork is symbolic and reflective of both the community and their relationship to the land. The 26 metre tower was painted with galahs and a range of native wildlife, including the wedge-tailed eagle, a totem of the Weilwan people who are the original custodians of the surrounding land. Encircling the work is also a depiction of the Castlereagh River, a 549 kilometre river that runs through the town, providing sustenance to livestock. 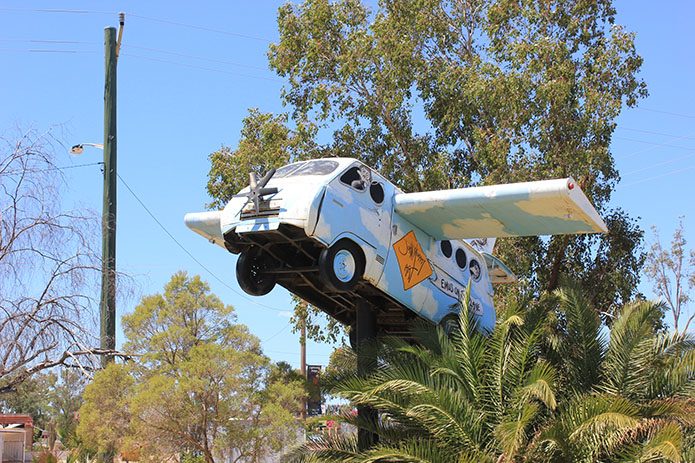 John Murray’s Volkswagen old home-turned-billboard, advertising his art gallery. | © Gina Robilliard Lee O’Connor, editor of The Coonamble Times, says that the purpose of having the tower painted was for community building and creating a sense of place for the people of Coonamble along with increasing tourist visitation of nomadic caravanners driving through. It is not uncommon for the town to get involved in community driven art projects either. O’Connor notes that such projects are useful in increasing morale during times of drought or flooding as is common in the area. During one particularly harmful drought, a community project was dreamt up entitled The Coonamble Nick-Name Hall of Fame where caricatures were drawn up and plastered around the centre of town depicting local legends, rogues and rascals telling the story of their nicknames.

This style of collective expression draws on a form of community development that is based in collective assets of a specific place. The idea being that creating positive change within a community is best instigated by focusing on what is strong within that environment; not what is lacking. For Coonamble, O’Connor says that their strength is in their people: the sense of intergenerational community and sociability as well as their sense of humor that sees them through tough times. It is this aspect that they wish to enhance and share with the public. 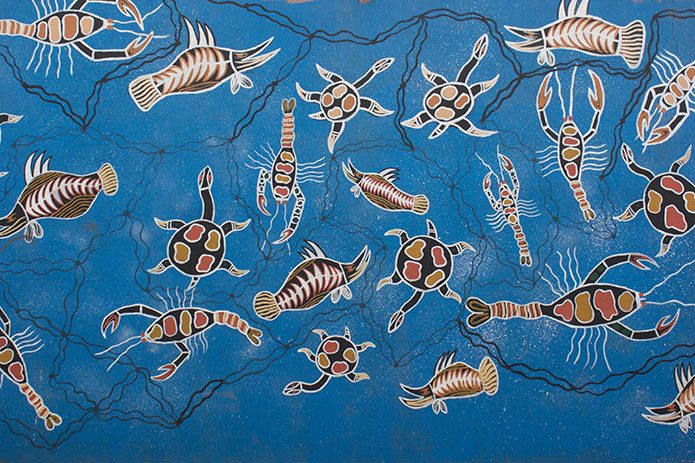 Aboriginal mural art in the centre of town. | © Gina Robilliard Galahs were chosen by Murray specifically as a representation of the strength of the community that lives in the town. The native bird is highly social and can be heard chirping and ‘chatting’ in large groups amongst the trees and electricity lines of an evening as the town winds down. They also have a tight bond within their group and will often attempt to revive galahs that have been hit by cars.

Democratic art has a significant role to play in communities all over the world. It displays and amplifies collective identities, introduces new generations to their heritage and exposes them to forms of expression they might not have otherwise had access to. Despite humanity’s long history of writing and painting on walls, the concept of politicized public mural art in its current form was popularized by Mexican painter, Diego Rivera. His work with the Mexican community were designed to lift moral during a time of poverty and a loss in their indigenous heritage. The politicized murals on the streets of Mexico spoke of inequality, cultural history and community values of the nation’s pre-Hispanic era. This ultimately had the effect of reviving and reinforcing a stronger national identity.

Conveying the symbiotic history of Man versus Desert

Two hours north of Coonamble is the opal mining town of Lightning Ridge, where further evidence of community development through public art can be found. Most strikingly in the form of an 18 metre tall emu made out of scrap metal and old Volkswagen beetles. The structure was christened in 2013 as Stanley and sits on the side of the highway a few kilometers outside of town. Designed primarily by Murray, its construction was a group effort by the town and materials were either found or donated. The choice of a giant emu made out of old cars, despite its eccentricity and humor, goes beyond mere aesthetic. The emu is a totem for the Aboriginal community in the area, as male emus play such an important role in the rearing of their young. In Stanley’s official unveiling, the local kids performed a traditional Aboriginal emu dance. The use of abandoned automobiles in Murray’s work is also common as a way of communicating the history of industrialized rural Australia. "It’s the interaction with the human endeavor, man trying to conquer this vastness that is the interior of Australia" says Murray. 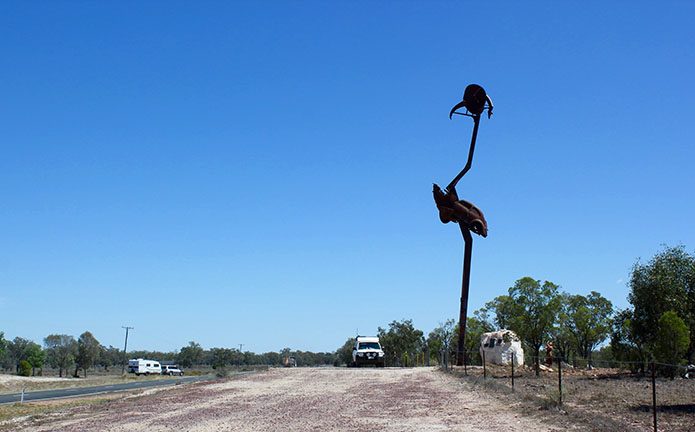 Stanley the Emu sits ten kilometers outside of Lightning Ridge. | © Gina Robilliard Since the unveiling of Stanley the Emu, many other smaller scale structures have started popping up along the highway, constructed by individual farm owners as part of an initiative by the local council. Coonamble Council member, Ahmed ‘Al’ Karanouh, is now looking to expand their outdoor mural collection to include a work by Murray depicting his iconic emus dressed in the colors of the local sporting teams. Although this system of self-preservation through art is as old as humanity itself, the unique forms of expression in displaying identity continue to evolve and innovate in response to the contours of each individual population.