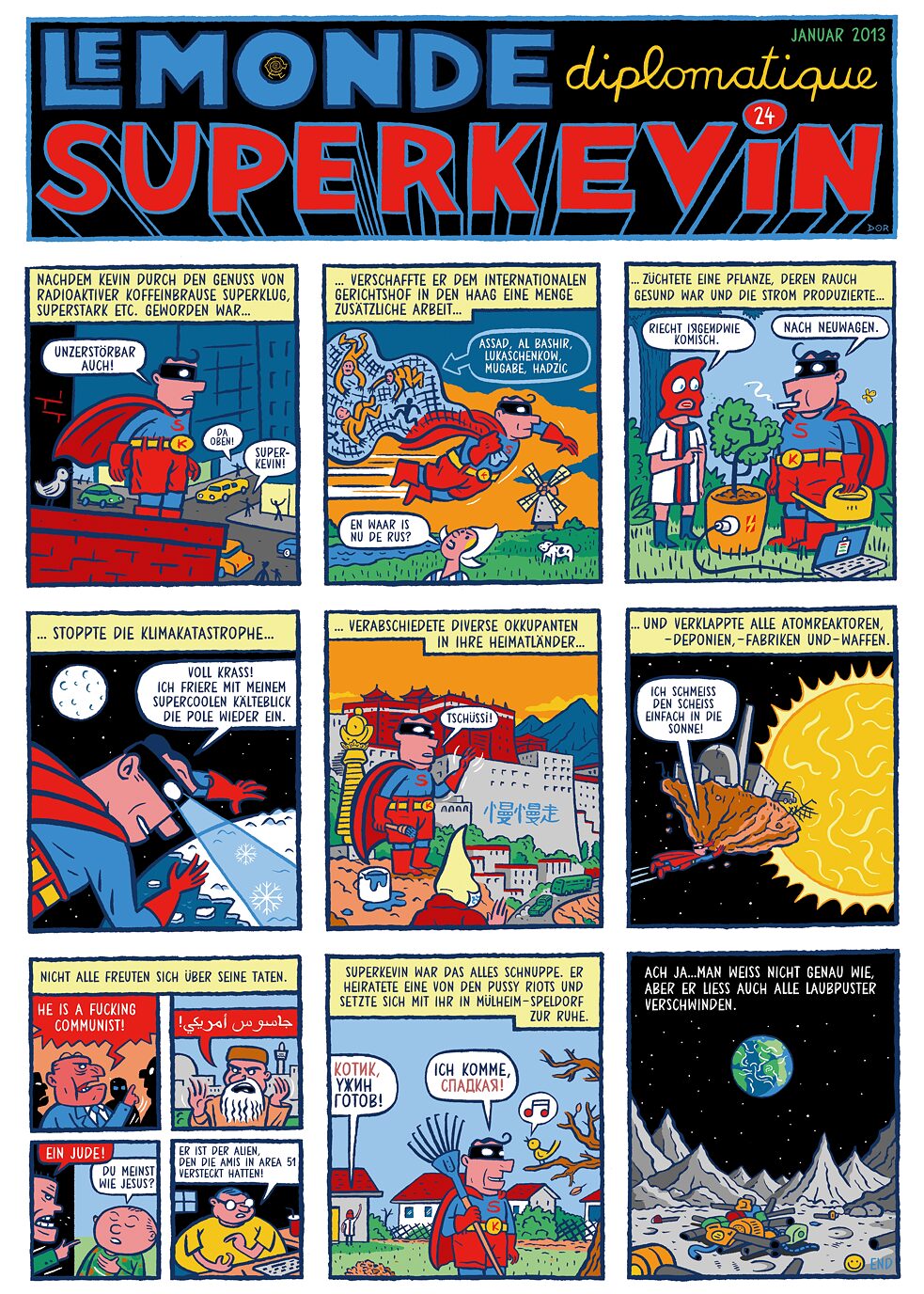 Indestructible too!
Up there!
Superkevin!

Assad, Al Bashir, Lukashenko, Mugabe, Hadzic
En waar is nu the Rus? [And where is the Russian?]

… he bred a plant, which produced electricity and was healthy to smoke…

Smells a little funny.
Like a brand new car.

… sent various occupying forces back to their homelands…

… and got rid of all nuclear power plants, disposal sites, reprocessing plants and nuclear weapons…

I am throwing that garbage into the sun!

Not everybody was pleased about his deeds.

He is a fucking communist!
[arabischer Text]
A Jew! — You mean like Jesus?
He is the alien hidden by the Americans in area 51!

Superkevin didn’t care at all. He married one of the Pussy Riots and they settled in Mülheim-Speldorf.
[Russian]
Coming!

And by the way, we don’t know how, but he also got rid of all the leaf blowers.

Hendrik Dorgathen
Hendrik Dorgathen was born in 1957. He lives in Mülheim an der Ruhr and in Kassel. Since 2003 he teaches illustration and comics at the Kunsthochschule Kassel. His Comic Slow and the sketchbook Holodeck were published by Edition Moderne.
dorgathen.org