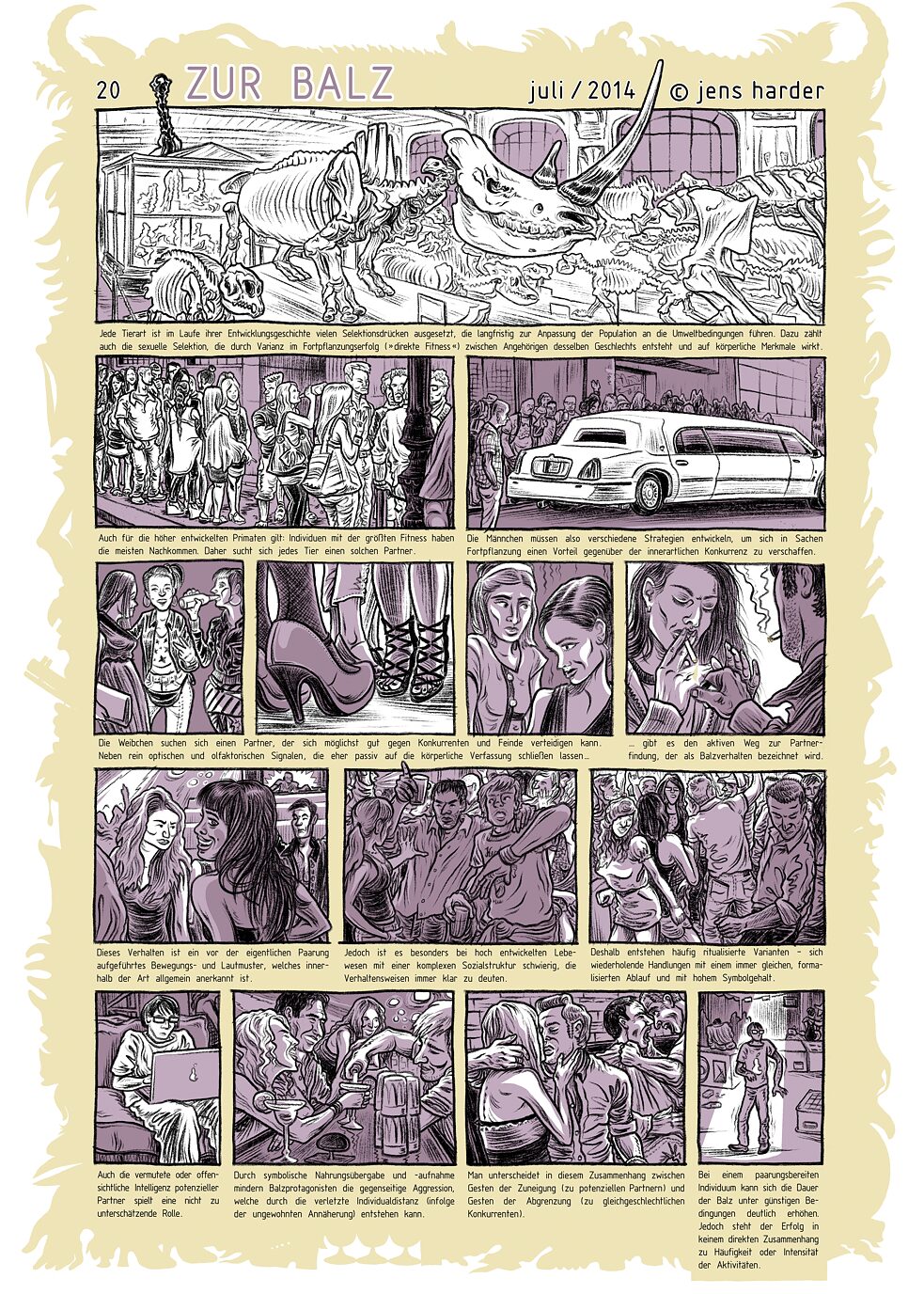 © Jens Harder / LE MONDE diplomatique
Every species in the course of its evolution is subject to selection pressures that in the long term lead to the population adapting to the environment. One of them is sexual selection. It results from variation in reproductive success (“direct fitness”) among members of the same sex and also affects body features.

This holds for more highly developed primates too: the fittest individuals have the most offspring. Therefore each animal looks out for such a partner.

Males have to develop different strategies to get a reproductive edge over their competitors within the species.

Females look for the partner who can best defend himself against competitors and enemies. Besides purely visual and olfactory signs that more indirectly give cues about the state of the individual’s body…

… there are also active ways of seeking a partner called mating behaviour.

This behaviour consists of generally recognised locomotive and sound patterns that precede the actual mating.

However, in particularly highly developed species with complex social structures it can be difficult to clearly interpret the signs.

The presumed or obvious intelligence of potential partners should also not be underestimated.

Mating protagonists reduce mutual aggression that results from transgressing an individual’s safe space (due to unfamiliar approaches) by symbolic gifts of food or drink.

We can distinguish gestures of affection (towards potential partners) from gestures of dissociation (against same-sex competitors).

With an individual that is ready to mate courtship time, under favourable conditions, can be significantly prolonged. There is, however, no direct relation between the frequency or intensity of these activities and their success.

Jens Harder
Jens Harder was born in Weißwasser in 1970 and moved to Berlin in 1990. He studied graphics at the KHB and founded the drawing group Monogatari in 1999 with fifi ve fellow students. He won u. a. the Max and Moritz Prize and the Prix de l‘Audace. His works were exhibited in Belo Horizonte, Novosibirsk, Paris, Beijing, Tel Aviv and Zurich. He lives in Berlin.
hardercomics.de