The Kiss of the Bee 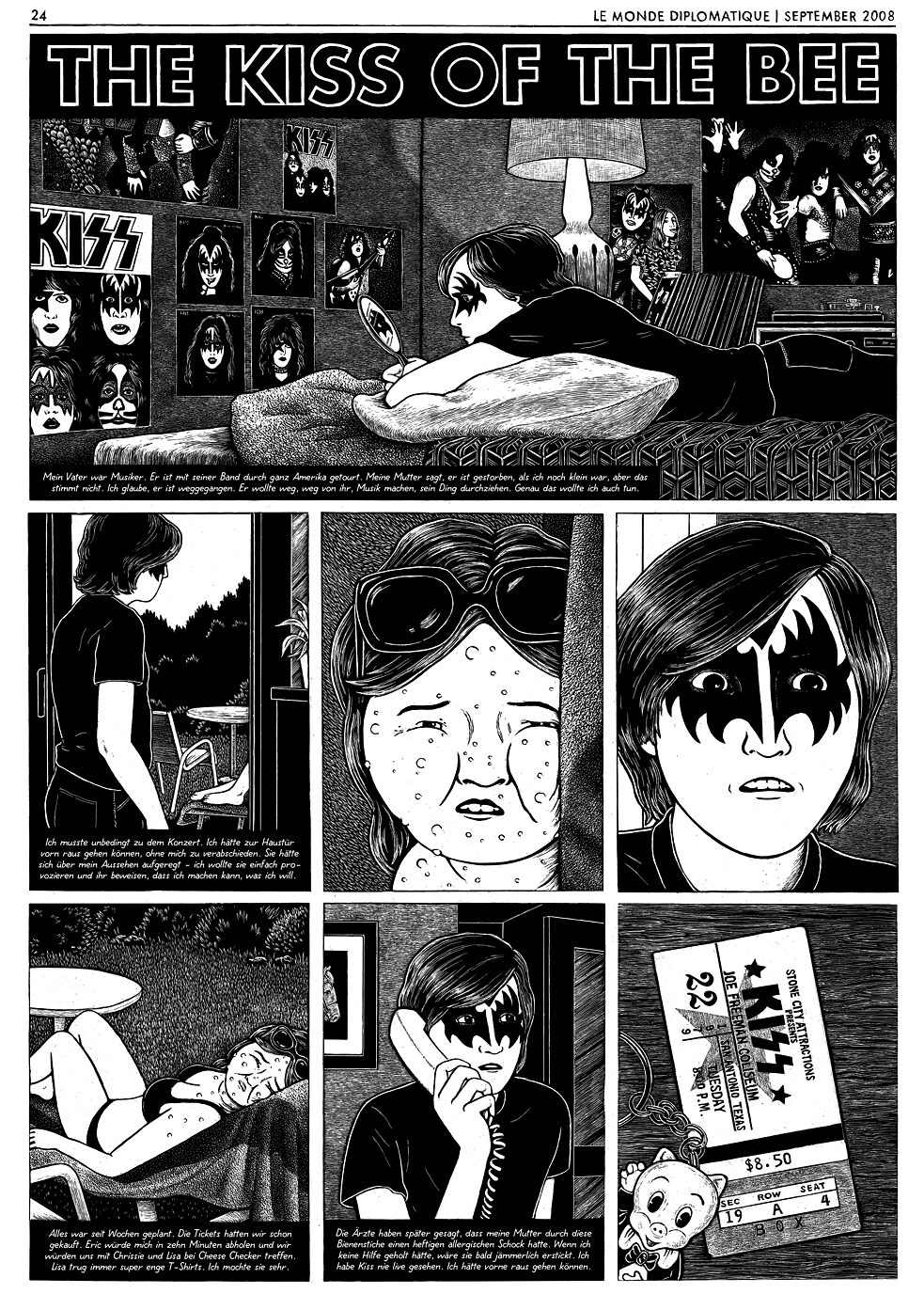 © Line Hoven / LE MONDE diplomatique
My father was a musician. He has toured the entire United States with his band. My mother says he died when I was still small but that is not true. I think he just left. He wanted to leave, leave her, play music, do his own thing. And that’s precisely what I wanted too.

I had to go to the concert. I could have left through the front door without saying good-bye. She would have been upset by my looks — I just wanted to provoke and prove to her that I can do what I want.

All had been planned for weeks. We had bought the tickets. Eric would come over to fetch me in ten minutes and we would meet Chrissie and Lisa at Cheese Checker. Lisa always wore super tight T-shirts. I really liked her.

Doctors later said that the bee stings had caused mother to go into anaphylactic shock. If I hadn’t
called for help she would have suffocated miserably. I have never seen KISS live. I could have gone out though the front door.

Line Hoven
Line Hoven was born in 1977 in Bonn and studied at the Kunsthochschule Kassel and the HAW in Hamburg. In 2007, her book Liebe schaut weg was published by Reprodukt. In 2010 he was awarded the e.o.plauen-Förderpreis, in 2017 the Hans-Meid-Preis and in 2017 he was appointed Max-Kade Professur at Dartmouth College in New Hampshire. She lives and works in Hamburg.
linehoven.de