Master! Her draft has arrived! 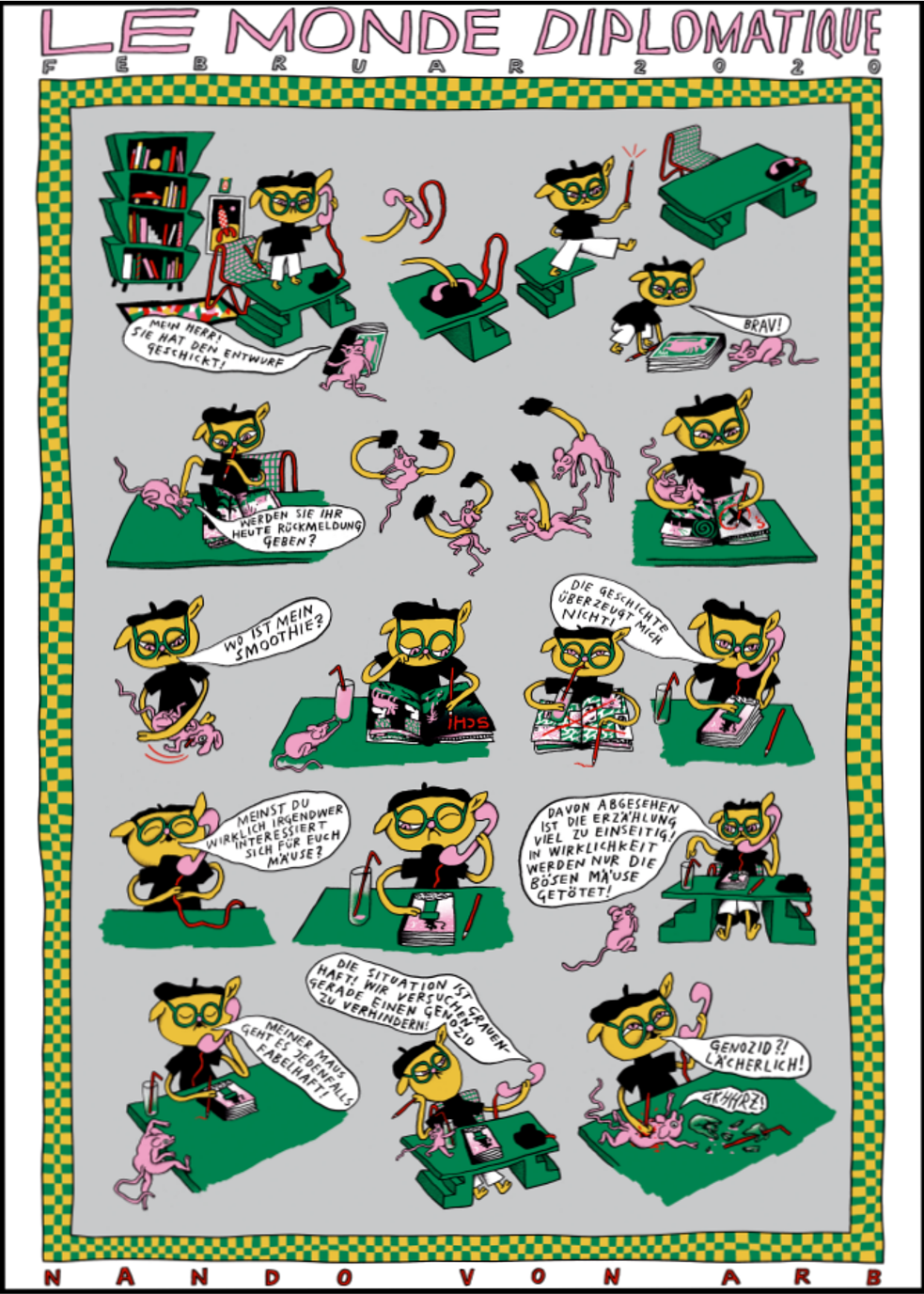 Will you get back to her today?

This story doesn’t work for me.

Do you really think anyone’s interested in what happens to all you mice out there?

And the report lacks balance. In fact it’s really only the bad mice that are getting themselves killed!

My mouse has a wonderful life, for example!

This is a crisis! We’re trying to prevent a genocide!

Nando von Arb
Nando von Arb was born on October 10th 1992 in Zurich, Switzerland. He trained as a graphic designer in 2012. In 2018 he graduated in Illustration Fiction from the Lucerne University of Applied Sciences and Arts. In early 2019 his first graphic novel «Drei Väter» was published by Edition Moderne in Zurich. Between 2019 and 2020 he lived and worked in Ghent, Belgium, where he completed his Master in Fine Arts in Illustration at the LUCA School of Arts. Since the end of 2020 he has been back in his hometown of Zurich, working as a freelance illustrator and author of comics.
nandovonarb.ch