Restaurateurs demand poisoned people from now on should wear hats. 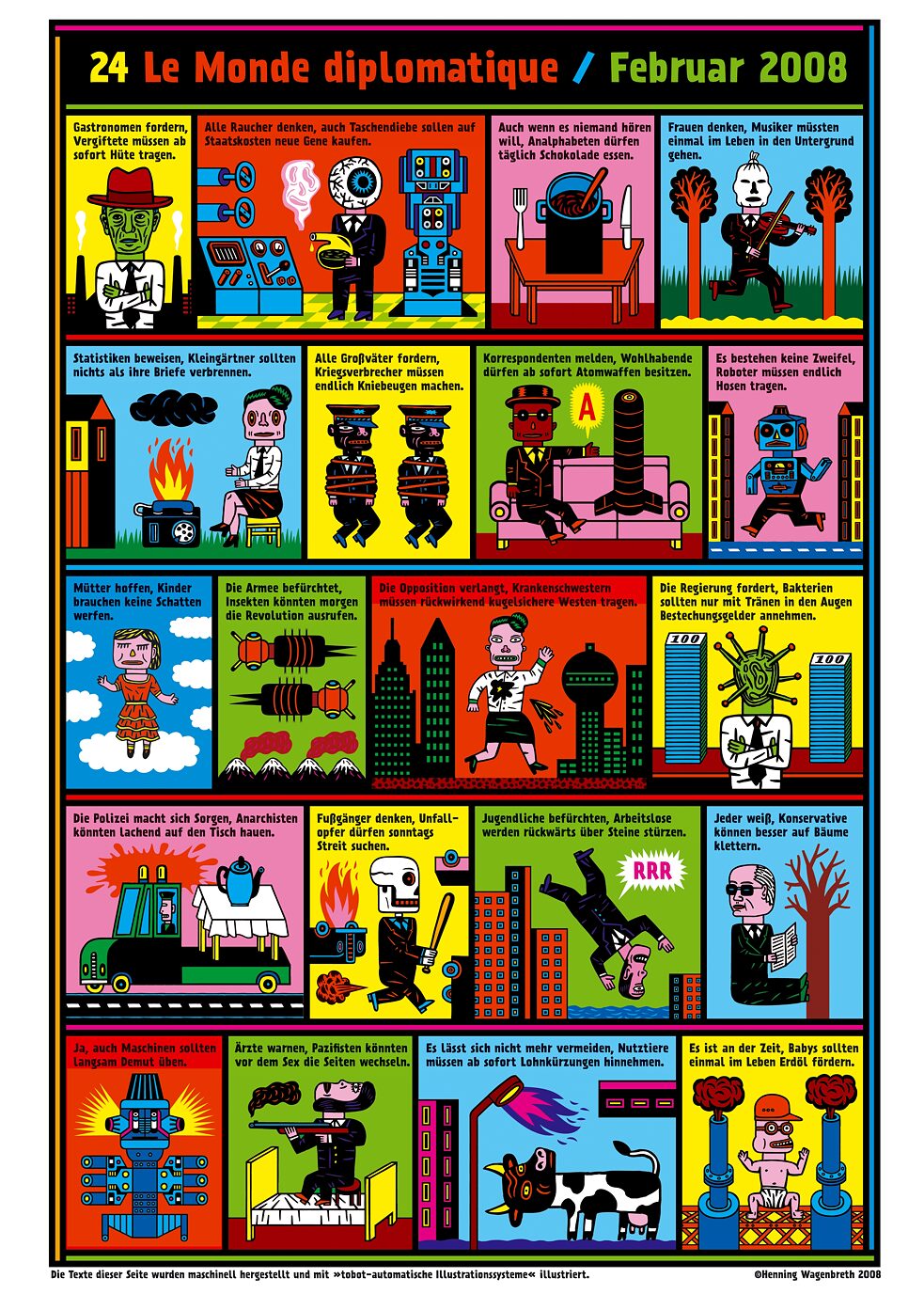 Whether anybody wants to hear it or not, illiterates may eat chocolate daily.

Women think musicians should go underground once in their lifetime.

Statistics prove leisure gardeners should burn nothing except their letters.

All grandfathers demand war criminals should finally do squats.

Correspondents report that the wealthy from now on may possess nuclear weapons.

There is no doubt robots finally should wear trousers.

The army fears insects could proclaim a revolution tomorrow.

The government demands bacteria should only take bribes with tears in their eyes.

The police is worried anarchists might laughingly bang the table.

Pedestrians think accident victims are allowed to pick a fight on Sundays.

Everybody knows conservatives are better at climbing trees.

Yes, it’s about time machines too showed some humility.

It can no longer be avoided that farm animals have to put up with wage cuts.

It is high time babies extract oil once in their lifetime.

The texts of this page were machine produced and illustrated by “tobot-automatic illustration systems”.

Henning Wagenbreth
Born in 1962 in Eberswalde. He studied at the Kunsthochschule Weissensee in Berlin. He was a member of the artist collective PGH Glühende Zukunft, with Detlef Beck, Anke Feuchtenberger and Holger Fickelscherer. Since 1994 Professor of Illustration at the Berlin University of the Arts. He was awarded numerous prizes for his posters and book illustrations. He lives in Berlin.
wagenbreth.de