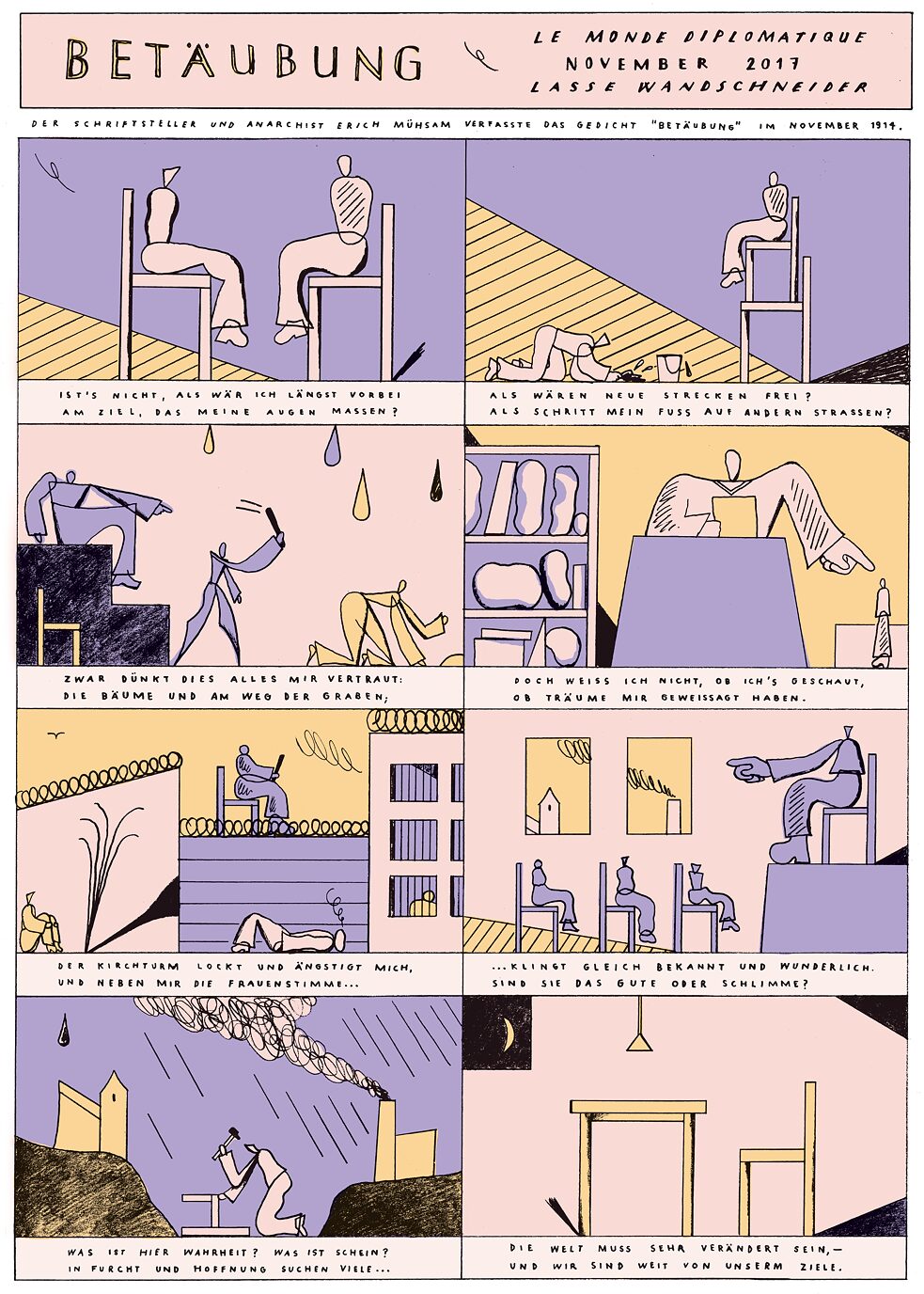 Have I not long gone passed
the aim I measured with mine eyes?

As if new roads were free at last?
As if my feet could walk the streets to other skies?

And yet it all familiar seems:
the trees and ditch I see while wandering;

But do I know if I have seen
or dreams forebode it? so I am pondering.

… sounds well-known and peculiarly.
Are they a good or evil tide?

What is truth here? And what appearance?
In fear and hope we seek our mission…

The world has changed beyond coherence —
And we are far from our ambition.

Lasse Wandschneider
Lasse Wandschneider grew up in Lübeck and studied Illustration in Breda, Berlin and Prague. He lives in Berlin. He pays special attention to the publishing of prints and zines. His works can be seen in many exhibitions and publications worldwide. His first comic rain appeared 2016 at Reprodukt.
lassewandschneider.de