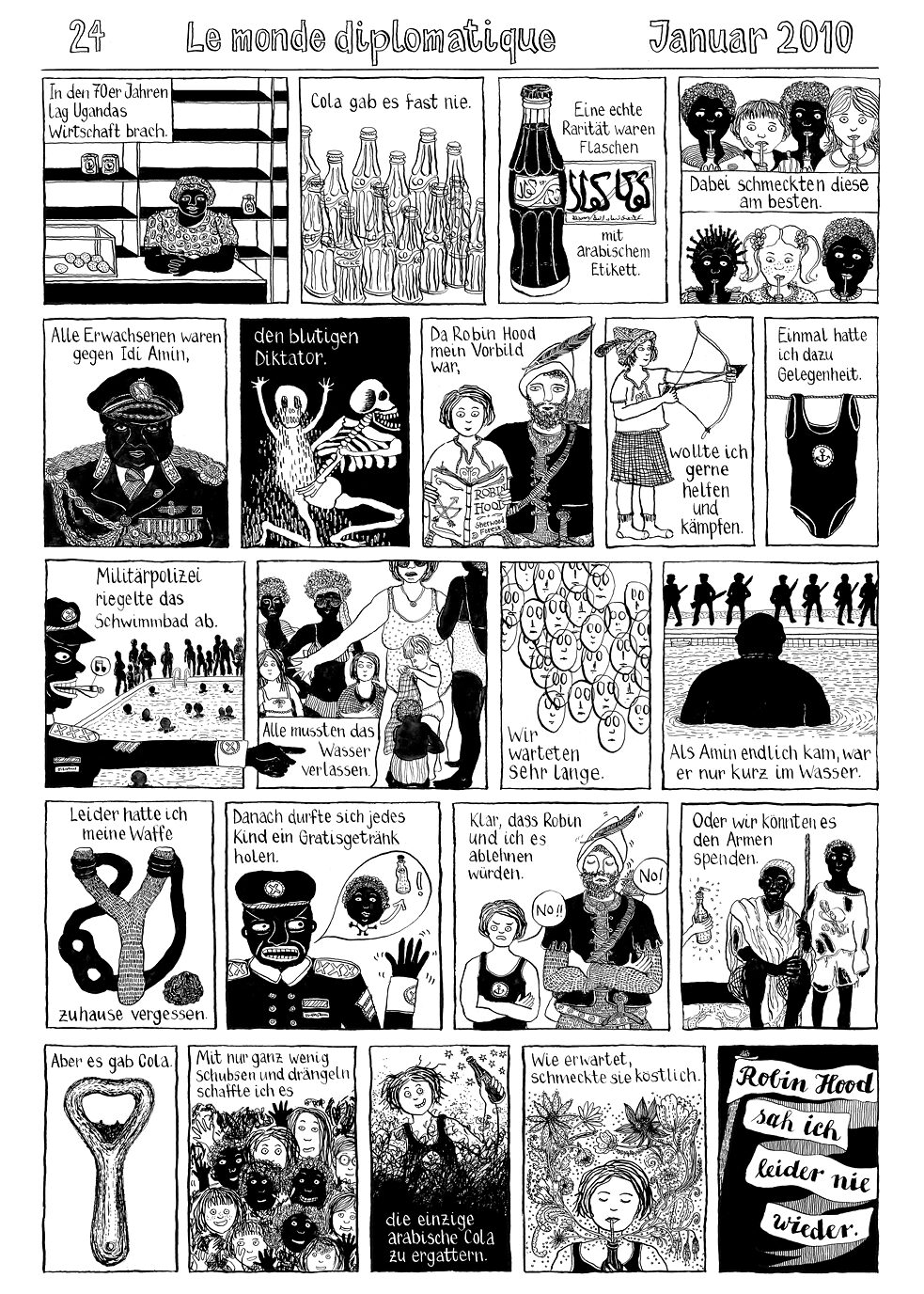 Bottles with an Arabic label were extremely rare.

Even though they tasted best.

All grownups were against Idi Amin,

Since Robin Hood was my idol

I wanted to help and fight.

Once the opportunity arose.

Everybody had to get out of the water.

We waited for a very long time.

When Amin finally came he only briefly went into the water.

Unfortunately I had left my weapon at home.

Afterwards all children got a drink for free.

It was clear that Robin and I refused.

Else we could give it to the poor.

But there was Coke.

With just a little pushing and jostling I managed

to snatch the only Arabic Coke.

It tasted as delicious as expected.

What a pity I never saw Robin Hood again.

Birgit Weyhe
Birgit Weyhe was born in 1969 in Munich. She spent her childhood and youth in East Africa. Her comic book debut Ich weiß appeared in 2008 in Mami Verlag. The books Reigen, Im Himmel ist Jahrmarkt, Madgermanes und German Calendar No December were published by Avant. Since 2012 she teaches at the HAW in Hamburg. She lives in Hamburg.
birgit-weyhe.de