Sydneysider Katelin Meredith has been living in Berlin for nearly a year. When the coronavirus closed off most of the city, she wrote a list of all the things she wanted to do when things go back to business as usual.

As a relatively new resident of Berlin, I’ve been exploring a lot of the city since I arrived. But that came to a screeching halt after the coronavirus shut down most of the German capital (and the rest of the world). So, I wrote a list of what I’m looking forward to, once the city returns to normal. It’s a mix of swims, day trips, cultural stuff and outdoor activities - all the things months of winter has made me crave. 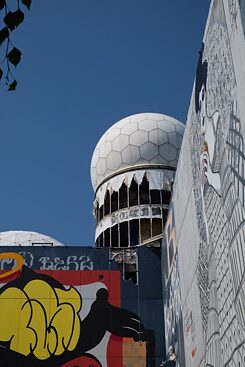 Teufelsberg in Berlin has a fascinating history | © Joseph Gribben Teufelsberg or ‘Devil’s Mountain’ in English, has been on my to-do list since arriving in Germany. It’s a man-made hill, created from the debris of WWII – it’s a fascinating place with an interesting history. More than 100 meters beneath the rubble, it’s said there’s a never-completed Nazi military college. It was later a listening station used by America’s NSA during the Cold War. In a bizarre twist, Hollywood director David Lynch controversially wanted to turn it into a university devoted to meditation - it’s worth a google.


From afar, it looks like a brutalist concrete crown in the city’s skyline. The design was meant to honour the site’s previous life as a circus tent circa the 1980s. The futuristic German spa has a range of thermal baths and saunas of various temperatures. The big drawcard however is the underwater tunes. Electronic or classical music is played as you float in the warm, salt water. The dimly-lit pool is brought to life with multi-coloured lights, creating a completely immersive experience.


Set in a massive WWII-era bomb shelter, this contemporary art gallery features the private collection of ad agency founder Christian Boros. With just 12 people at a time permitted to enter, visits are by appointment only. It’s worth booking a month or two in advance. The bunker has a fascinating history. It was an air-raid bunker and war prison in the 1940s, later becoming a  tropical fruit storage facility. Decades later it was owned by the government after the fall of the Wall before playing host to fantasy and fetish parties. The Boros family now live above the bunker with their art on display in the space below. The collection is an eclectic mix of local and international artists, including Ai Weiwei and Olafur Eliasson. 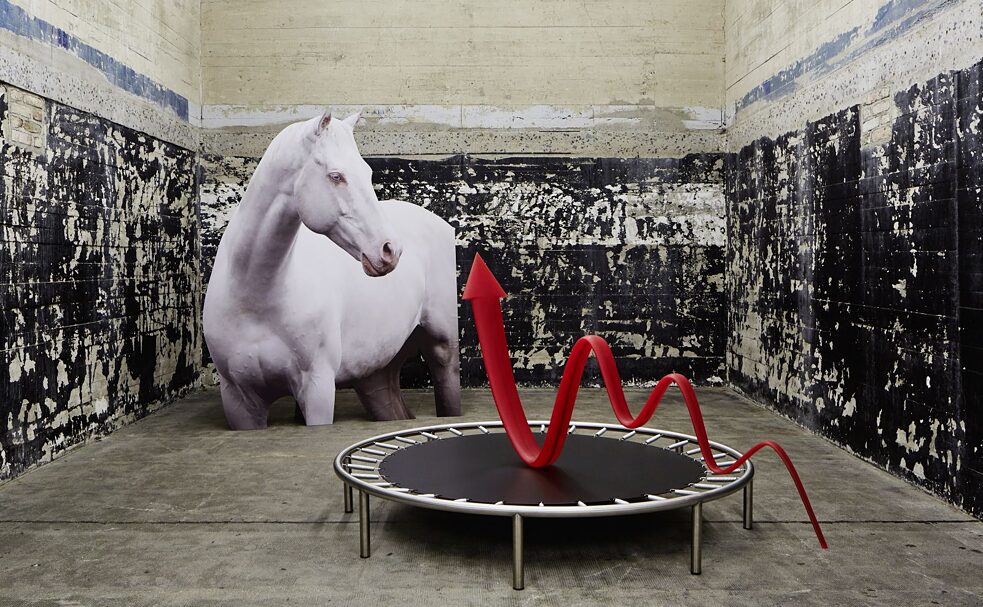 
One of Berlin’s most visited attractions, the Pergamon Museum is a trove of ancient, Islamic and Middle Eastern Art. It was severely damaged at the end of WWII by airstrikes and many objects were taken by the Red Army back to Russia as ‘war loot’. Perhaps most well-known for its acquisition of the Pergamon Altar from Turkey, as a gesture of friendship in 1958 Soviet Russia returned part of the structure it had taken. By the 1960s, most of the remaining objects were returned but a few items remain in Russia today. Rooms in the museum are filled with some of the world’s most incredible artefacts, including the Ishtar Gate - a definite must-see.


When the warm weather arrives, Berliners flock to the lakes around the city or the Badeschiff. It’s a swimming pool floating in the River Spree. It literally translates to ‘bathing ship’, as the pool was created inside a hollowed, anchored vessel. During the warmer months, there’s an open air bar and concerts and parties are often held here too. Complete with sand and deck chairs, you can imagine it’s one of the most popular summer venues.


You can surf in Berlin now! The brainchild of seven mates in Germany who love to surf, they managed to bring the surf to Berlin. Wellenwerk is the city’s first indoor wave pool. Flow speed and wave height can be changed person to person, with surf lessons also available. It’s aimed at everyone from beginners to pros. No equipment is required either - boards, wetsuits, helmets and even an instructor are all included in the price. With the water temperature at 26 degrees Celsius, you can surf right through winter.


The former airport is now a vast, public space claimed by Berliners after it was decommissioned more than a decade ago. Where planes used to land, people now jog, cycle, fly kites and barbecue. Most famous for its Nazi and Cold War history, the Tempelhof airport has had many uses over the years. Known for its iconic architecture, the terminal has played host to thousands of refugees during the European migrant crisis. Now various tenants call the airport home, including Berlin’s police force. Spanning more than 300-hectares, people say it’s a great place to see the sun set with a beer or two. 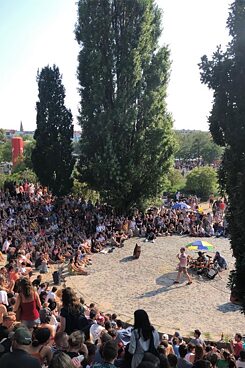 
Flea markets in Berlin always promise an adventure. There’s a certain buzz that arises with the hunt for a bargain. The charm of Mauerpark though is its unassuming atmosphere coupled with its famous karaoke stage. As the clock strikes 3pm, a curious crowd descends on the amphitheatre. Tourists and locals alike watch on as power ballads and one-hit wonders reverberate around them. Spring through autumn, you could be singing to hundreds of strangers. Now, just to finalise my song choice.

Katelin Meredith is an afternoon nap enthusiast, currently working as a reporter at Deutsche Welle in Berlin. When she’s not at work, she enjoys slow mornings, drinking coffee, sleeping and anything active - despite the fact they all largely contradict one another.