Of all the enjoyable things about being abroad, there’s something deeply satisfying about tucking into a good book that’s set in the place you happen to be travelling through.

There have always been memorable titles which are best consumed on location.  Ernest Hemingway’s A Moveable Feast acts as an ideal Parisian companion, for instance. Graham Greene’s The Quiet American is also noteworthy, as it takes the reader behind the scenes of South East Asia.

When it comes to Berlin, there’s an abundance of awesome titles to sink your eyeballs into: a virtue made even sweeter if you happen to be living here to soak them all up at your leisure.

From Rory McLean’s Imagine a City and Anna Funder’s Stasiland, to Stuart Braun’s iconic City of Exiles, a few titles stand out from the pack: perfect primers on the highs, lows and wild non-fiction middles of Berlin’s dynamic cultural and political history.


There’s an off-kilter style to Canadian author, and long-term Wahlberliner, Rory MacLean’s foray into Berlin’s yesteryear. Here, MacLean delves into the city’s rich, dark and gritty past and modern day by evoking the biographies of iconic Berliners throughout the years: Kathe Kollwitz to Christopher Isherwood, Marlene Dietrich to even David Bowie, an artist whose legacy is forever tied with the City on the Spree. Some might find MacLean’s borderline fictional liberties a little jarring, but I loved his presentation: a unique time travel across five centuries of Berlin’s gritty, hedonistic, and myth-laden past.


Like Berlin itself, City of Exiles is pretty addictive. Australian journalist and author Stuart Braun takes us through time, space and place to evoke the cultural and political idiosyncrasies of his adopted home, largely through the countless exiled souls who’ve breathed this city’s electric, life-transforming Luft throughout the centuries. Revered for being a place where everyone is welcome, Braun upholds the virtues of this egalitarian, creative and one of a kind city: an exciting snapshot of “Berlin from the outside in.”


Stasiland was on the syllabus back when I was at high school, but I only really read it properly after I came to Berlin. We’d learned about the Berlin Wall back at school too, but I never really got a feel for how it operated and functioned, or what it meant for people living on both sides of it until I actually came here to see it (or what was left of it) for myself. I dug up a copy of Stasiland not long after arriving: an amazing complement to my Wall-era immersion. Author Anna Funder (in interview, above) weaves her own firsthand experiences in learning about this place pre-and post-Wall, punctuated with encounters with ex-Stasi men, civilian informants and East Berliners who endured the very worst of the former East Germany regime. A riveting ride and a must read.


Not for the faint of heart, Mel Gordon’s historical take of Berlin in the Roaring ‘20s reads like the origin of Babylon Berlin: a raw, unglamorous and uncensored account of a very wild and very unhinged era. Given the freedom, the parties and the nightlife that the Weimar years seemed to be synonymous with, this decade is often viewed with a kind of rose tinted reverence – truth is, for most Berliners in the ‘20s, life was a gritty, white-knuckle experience. Through sober eyes, Voluptuous Panic paints the realities of hedonism, rife prostitution and the burgeoning dark momentum that began to fester through the city in the background.

Walking in Berlin: A Flaneur in the Capital


Considered a timeless masterpiece by many, not least of all the author’s pal, writer and philosopher Walter Benjamin, Franz Hessel’s Walking in Berlin depicts the unique intricacies of daily life in Berlin throughout the 1920s. With flair and deftness, Hessel’s erudite take on Berlin’s boroughs and districts, fashions and social mores, its architecture and beyond is a real gem: a compelling time capsule charting a city on the move, in flux and ever buzzing to its own tune. 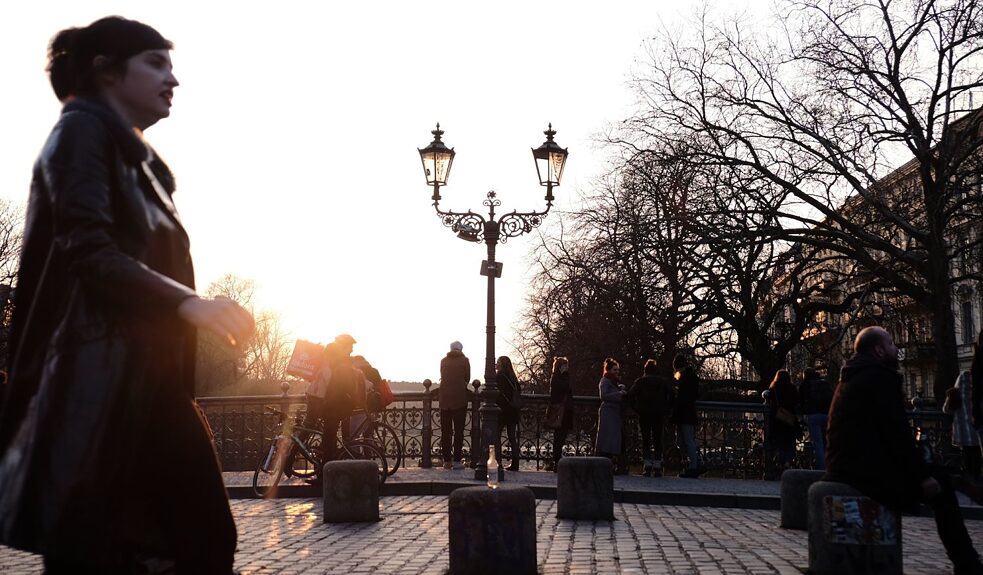 A Woman in Berlin


This anonymous memoir, later attributed to journalist Marta Hillers, gives a harrowing yet profound insight into eight weeks of life at the end of WWII, as the Red Army seized the city, and the lives of its women, from the east. The realness and eloquence of the writing against the brutality of rape from the occupying soldiers makes for a moving, sombre and affecting read – far from light-hearted, but beautifully and deeply written.

Berlin Now: The Rise of the City and the Fall of the Wall


Dipping into the past, while focussing chiefly on the post Wall years, long-term resident Peter Schneider’s Berlin Now makes for an engaging ride through the city’s architecture, club culture, social issues, and immigration challenges during its extended reunification era. Written more as a compilation of complementary essays, Schneider’s interviews, research and personal anecdotes make for an enjoyable reading experience.

Cam Hassard is a freelance journalist, author, recording artist and musician based in Berlin, spreading his time between the written and spoken word, and as a saxophonist, guitarist, vocalist, songwriter and founding member of Berlin’s The Famous Gold Watch Records.