Berlin has a lot to offer start-ups: (relatively) cheap office space, a big student population full of ideas and a cultural willingness to try new things. For Sydney-based German Susann Noé, returning back there was a chance to compare two very different business worlds.

I lived in Berlin for more than 10 years; I spent my university years and first working years here, so I can definitely confirm: if you live in Berlin, you live inexpensively. At the turn of the millennium, the cosmopolitan city offered affordable housing and a low cost of living accompanied by an aspiring and vibrant lifestyle. These basic conditions, which are highly attractive in national and international comparison, created the prelude for the rapid growth in the entrepreneurial scene.

Years ago, Torstrasse in Berlin's Mitte district was probably the best-known nucleus for start-ups. This development was also recognized by many regional, nationwide and also EU-funded organizations and Berlin universities. The centralized potential of the location put the focus of support on the capital, and as a result became the decisive pull factor in attracting large companies. Investors have looked and still look to the city of Berlin, which has now transformed into a hub for the start-up scene in national and international comparison. The well-known low minimum entry hurdles continue to be a magnet for many start-ups. 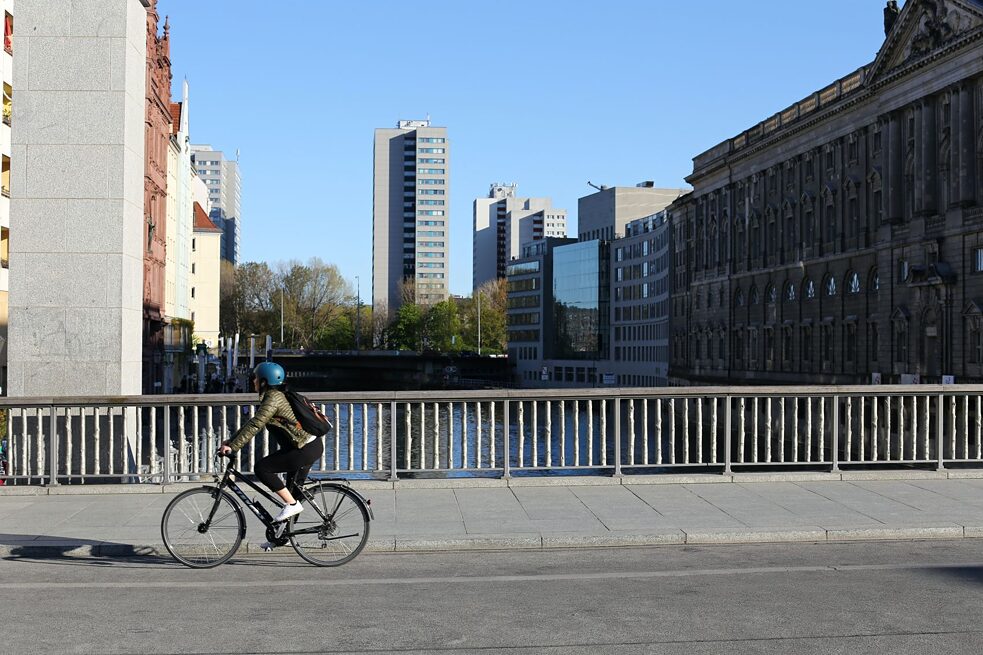 
After moving from Berlin to Sydney in 2016, I first came into contact with the start-up scene in Sydney over this last year. I found the idea of starting my own business in a foreign country frightening at first. Think about all the things that go with it! It's no longer just about the initial idea. Suddenly it's also about things like legal forms, financing, trademark protection and much more. Is it at all possible to get all this under control? Or are you in danger of overextending yourself? Well, as I have learned, you can accomplish anything. But almost every start-up stands or falls with its team. Nobody can do everything alone, and many who can do the same thing can actually do very little. The right combination of people, paired with a great deal of passion for one's own project, a lot of courage and drive, will get you ahead.

So, our team started with a sustainable business idea to avoid plastic in everyday life. In politics and society, the plastic problem is a hot topic on many levels. And so our anti-plastic idea for the gastronomy sector, after the already successfully launched KeepCup and sustainable cardboard straws, was very well received in Sydney. Especially corporations liked the idea and expressed interest in being our customers. My first impression was that the money is a little bit more accessible in Sydney, and that you are more likely to find people willing to listen than in Germany. The ‘no plastics pledge' of the City of Sydney, which was launched last year, also helped us immensely. 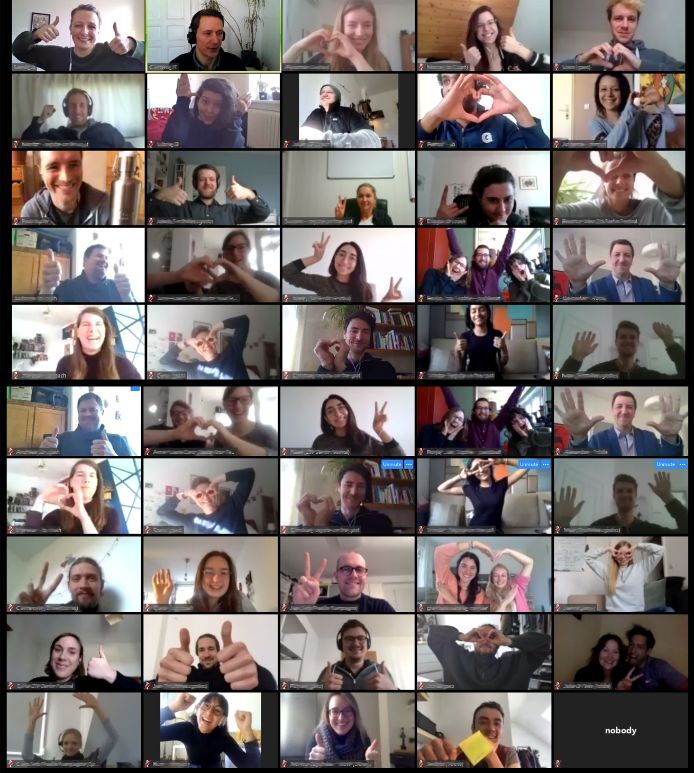 Where else but Zoom? We headed online to kick off this year's incubator | supplied The only thing our new start-up still lacked was the necessary coaching and professional expertise. You can find this sort of thing in programs for the promotion of start-ups, so-called 'start-up accelerators'. Unfortunately, the accelerators in Sydney focus exclusively on new business ideas in the technology and innovation sector. So far, sustainability has fallen behind. As a student and/or alumnus of one of the major universities in Sydney, you can also receive support in the form of, for instance, job provision or access to investors. However, if you are a graduate of a Berlin or other university, like me, you are on your own for the time being.

Subsequently, we started without any initial funding and quickly realized what Sydney has to offer to entrepreneurs. For example, there's the startup hub on York Street, funded by the New South Wales government. It's a modern building primarily for start-up teams with a lot of free workstations, free internet and workshops that make it the central place for the Sydney scene.

But as I said before, we needed more support to transition from hobby project to real entrepreneurship. Experts for product development, management or strategic planning and so on. A startup accelerator program in Berlin was a possible solution. The flourishing startup metropolis also provides an opportunity for sustainable start-ups. And so, we were included in an accelerator program that helps entrepreneurs with solutions to avoid plastic waste and limit the use of disposable plastic. The so-called 'Act on Plastic' incubator started on April 1 in the start-up city of Berlin.

Back to Berlin - In the Incubator


Being back in the German capital after four years brought back memories. Not only did the many changes in the neighborhoods immediately catch my eye, but the once rosy start-up conditions have also undergone some changes. In recent years, prices for office space in the centre of Berlin have skyrocketed. There are hardly any start-ups left on Torstrasse. Off the beaten track, yet inexpensive and large is now the motto. The 'Act on Plastic' Start-up incubator, an initiative of the European Social Fund (ESF) and the city of Berlin, has opened the doors for its protégés in the south of Tempelhof. The incubator offers each start-up team a 6-month coaching in the first phase of the programme, followed by 6 months of financial support for 30 selected scholarship holders in a second phase.

The jury will then choose who has the most promising and sounding ideas for avoiding plastic waste in the environment. The lucky recipients will receive a tax-free scholarship of 1500 Euros per month. An amount that is still good enough to live in Berlin today. 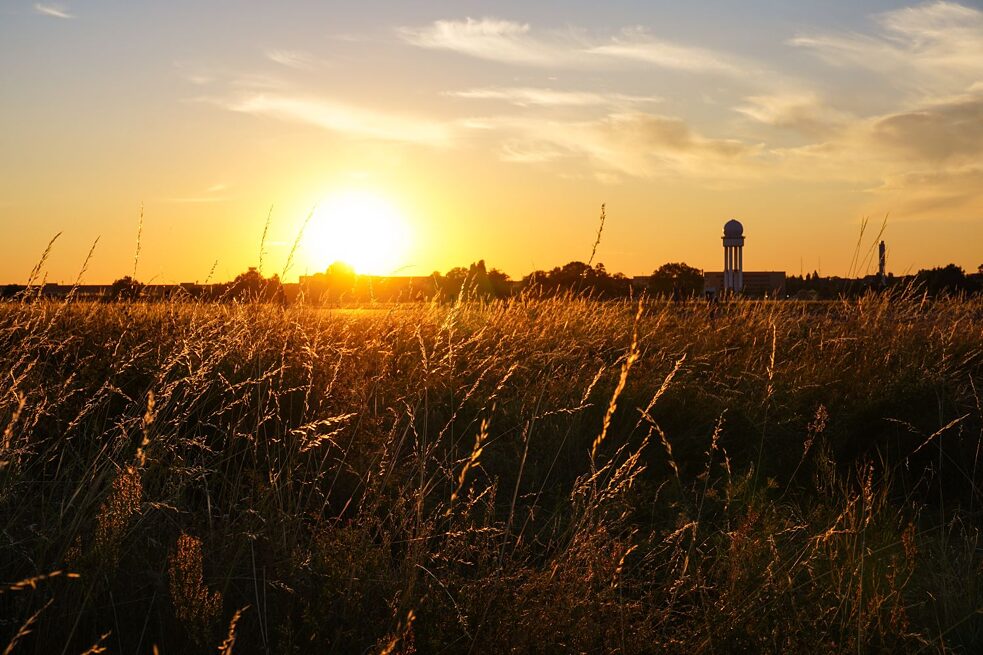 Not a bad spot for a sundowner: Tempelhof field in Berlin | Photo credit: Ralf Knüfer/Unsplash Due to COVID-19, the start of this year's incubator - like almost everything this year - went a little bit differently than planned. On April 1st we met for the first time not in our specially built co-working office in Tempelhof, but on Zoom, to get started. Because of the worldwide pandemic, the incubator could not open its doors until two months later than planned and only by the skin of my teeth, I made it to the Berlin for the programme.

Finally we made it! Us 'incubees' do now have the opportunity to exchange ideas in our co-working office, to test each other's products or to talk about life as young entrepreneurs over a relaxed after-work beer, like every Wednesday on the Tempelhofer Feld.

The second phase in the incubator has passed quickly and we are now facing the grand finale - participating in a major investor pitch. To be able to present our ideas in front of a crowd of selected investors is a blessing and in the best case some of us can get initial funding to take the next step into a successful business.

Susann Noé has 4 years of experience in the Australian waste management and resource recovery industry focusing on the conception, design, implementation and operation of recycling schemes. In 2019 she started her PhD in Environmental Psychology, predominantly investigating pro-environmental behaviour change.