Bicultural Urbanite Brianna
A cinematic escape to the antipodes

Every year in September, a group of hard-working volunteers showcase Australian and New Zealand films that would most likely never make it across the seas to Germany. The ‘Down Under Berlin Film Festival’ is a five-day celebration of antipodean creativity, stories and voices. For expats, it’s a little slice of home. And for everyone else, it’s an eye-opening introduction to the wonders of down under.

The film festival was founded in 2011 by Frances Hill, a former Sydneysider and self-confessed cinephile. By chance, her first share flat in Berlin was virtually next door to Moviemento, Germany’s oldest functioning cinema. Frances became a regular punter and eventually began working behind the ticket counter and in the projectionist’s booth. So when she came up with the idea of launching a film festival dedicated to films from Australia and New Zealand, choosing the venue was easy. Moviemento agreed to get on board and in its first year the fledging festival attracted 500 people over three days. 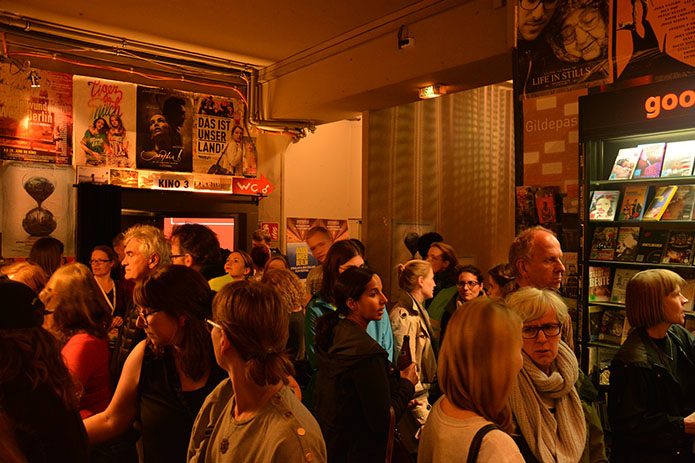 FROM YODELLING LESBIANS TO CHICKEN FANCIERS

My own introduction to the festival was a documentary about the Topp Twins, who are touted by the NZ Film Commission as “New Zealand’s favourite comedic, country singing, dancing and yodelling lesbian twin sisters”. Two years later I watched another fabulous doco, this time about a group of dairy farmers who play in a semi-professional rugby team. Shot in black and white, it explored the demands of farming and fatherhood, male bonding and the art of beer sculling. Since then I’ve seen films about chicken fanciers, failed marriages, suburban slobs, animated reindeers and everything in between.

Now in its eight year the festival remains just as eclectic, but has grown substantially. The Down Under e.V. non-profit organisation is now run by three board members: Sabrina Wittmann, Charmaine Gorman and Auste Serapinaite. They are all volunteers, driven by a passion to bring new and unseen antipodean films to Berlin.

“I studied film directing and made one film,” explains Auste, who is from Lithuania. “Then I came here and I didn’t have many contacts, so joining the festival was just a perfect opportunity.” Sabrina studied social sciences: “I wanted to do some stuff with film or theatre, but then reality kicked in.” Nevertheless, she began volunteering with the festival in 2014 and is now committed to the board full-time. “If I would get paid, it would be my dream job.” Charmaine is an actress (her first gig was on Neighbours when she was six) and she and her husband also run an online travel guide called My Guide Berlin.

They’re a tight knit group. “We work on Slack, so basically we’re online all day long,” says Auste. “I feel like I’m with these guys 24/7,” adds Charmaine. Together, they tackle the annual challenge of drumming up financial support for the festival, which relies entirely on sponsors and donations. “We can’t bank on anything. Each year we start fresh, basically,” says Charmaine. Luckily, Down Under Berlin’s ever-expanding reach makes it an increasingly attractive proposition for advertisers. Last year, the audience was 50 percent German, 20 percent Australian, seven percent Kiwi and the rest was international. “So it’s not that we only attract Australians. The German community is very keen,” says Sabrina. 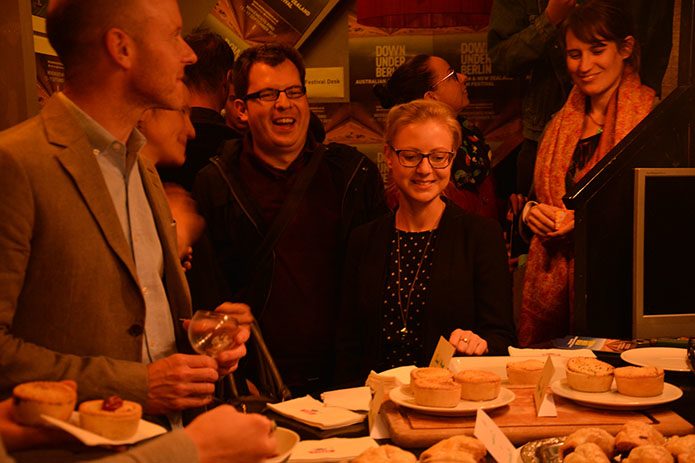 The festival organisers pride themselves in curating a blend of feature films, short films and documentaries with a diverse range of subject matter. The best way to ensure diversity? Make sure you have plenty of material to choose from. This year they stepped up their use of social media to call for submissions and were swamped with 40 percent more films than in 2017. “We have a team of people who watch all the films and then we get together and figure out a voting system,” explains Charmaine. This system also resulted in an impressive 50/50 split between female and male filmmakers for the 2018 program. Highlights include Terror Nullius, a dazzling tale of revenge that seeks to undo Australian national mythologies, and Hotel Coolgardie, a chilling documentary about two female Finnish backpackers who find themselves the latest batch of “fresh meat” sent to work as barmaids at the only pub in a remote Australian mining town.

The 2018 festival will also showcase several antipodean filmmakers who live in Berlin, which is unsurprising given the number of creative Australians and New Zealanders who have migrated here over the last decade. There are even two filmmakers who submitted while they were living down under, and now, lo and behold, they too have moved to the German capital.

So, Berlin, it’s nearly time to don your thongs and mosey on down to Moviemento. If the only Australian film you know is Crocodile Dundee, then you’re in for a pleasant surprise.

Down Under Berlin Film Festival runs from 19 till 23 September 2018.