Star forester
“I’m not afraid to get my hands dirty”: Peter Wohlleben in interview

Peter Wohlleben is changing the way people around the world think about trees and forest conservation. Germany’s best known forester spoke to Goethe-Institut ahead of the Australian premiere of his film The Hidden Life of Trees.

A forester by training, Peter Wohlleben worked in Germany’s state forestry department for twenty years before he changed his approach. Together with his remote local council area of Wershofen, Wohlleben left the national forestry structure because he believed he could manage his local forests in a more ecological way. He describes it as “getting rid of the chains of bureaucracy” and his burgeoning career ever since would seem to vindicate his decision. 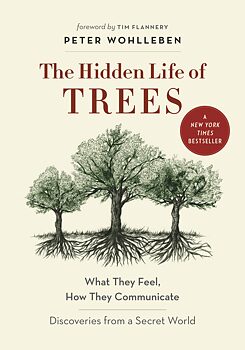 He’s now a renowned author, a regular on talk shows and meets with politicians and officials from across Europe, as he tries to convince them that the future of forests is not about using them for commercial purposes, but rather to help fight climate change and declining biodiversity.

With 1.3 million copies sold across Germany and around 4 million worldwide, Wohlleben’s most popular book The Hidden Life of Trees (German title: Das Geheime Leben der Bäume) has now been turned into a feature-length documentary. In the film, the likeable German forester guides viewers through the science behind trees and how they communicate with each other. He also takes them into his daily life running the Wohllebens Waldakademie, a family business which he hopes will change how forest management is taught in the future.

Ahead of the first screening of the film in Australia, Peter Wohlleben spoke to the Goethe-Institut about what motivated him to change the direction of his career and why he thinks so many people keep buying his books.

In The Hidden Life of Trees you talk about your 20-year journey from being a regular forester to running an environmentally-friendly forestry operation. Was there a moment in that process when you realised, “I want to be a different kind of forester?”

There were various moments. For example when I had to cut down beautiful old trees because I thought at the time it had to be done in order to renew the forest. But I regretted it and sometimes I didn't understand why that would help the forest. Foresters and the forestry industry still tell us that cutting down trees is good for the forest, but I didn't understand that.

There was another decisive moment, which plays a role in the book and also in the film, and it involved old tree stumps. These stumps are supported by neighbouring trees, but we also learned during our studies that trees are competitors to one another. So why would competitors help weak trees, if they are the competition? And that's when I stumbled mentally, and thought to myself, “Something's not right here.” 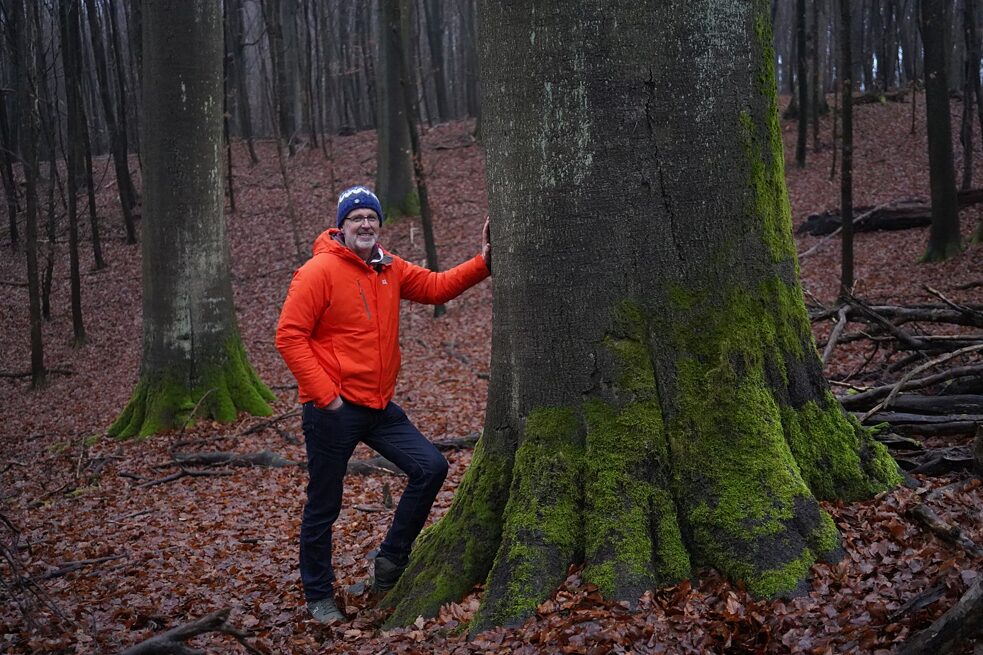 Peter Wohlleben in the forest he is responsible for in Hümmel, Germany | © Miriam Wohlleben In the film, we see you at a protest at Hambacher Forest, in Germany, as demonstrators try to stop the destruction of the area to make way for a coal mine. You are standing there on the stage and giving your opinion, about climate change and conservation - you come across a bit like an activist.

Your description of me as an activist is not completely wrong. Just recently, I was protesting in Dannenröder Forest in Germany, where a highway is being built. We were there with a number of NGOs and we also stood in front of the trees. There was police intervention, with truncheons, and there were some really bad pictures that came out of that. That’s what I do, too. So, I’m not afraid to get my hands dirty, so to speak.

What we are seeing in Europe is that coal-fired power plants are being converted to wood-fired plants. All scientists are in agreement that burning wood is worse than coal in protecting the climate - but not the scientists from the forestry industry. However the German forestry industry has such a strong lobby, also in the EU, that wood is counted as CO2 neutral and that's why many coal-fired power plants in the EU are currently being converted to wood. In Estonia, but also in Germany and in the southeast of the USA, large forests are being cleared for energy production. That's really crazy.

A protester is removed by police from Dannenröder Forest in December 2020 | Credit: Nadine Weigel/dpa/Alamy Live News I'm sure that you keep an eye on conservation efforts in many countries around the globe. What do you know about the environmental policies of Australia?

I speak to people, but I don’t know all the details. I have also followed it politically, the issue of coal mining as well as the big forest fires, which are just not natural. Australia is used to fire ecosystems like ground fires, but not forest fires that destroy everything in their path, with temperatures of up to almost 1000 degrees Celsius. That is not normal and certainly not in those dimensions. Australia also has other problems too, like rivers drying up, where entire ecosystems disappear because the water is tapped too early. These are problems that we don't have in Germany.

We have other issues, but the cause is actually the same everywhere: The environment is being exploited to such an extreme degree that the systems just collapse. And that's what we've seen in Australia, unfortunately, over a large area. In Germany, this has just begun. More than half of the forests are monocultures of conifers, and they are now failing and Germany is losing large parts of its forest area. In Australia it's due to fire, with us it's due to bark beetles. It's not the fire's fault and with us it's not the bark beetles' fault, it's the way we deal with the environment. That's really just the result.

You say at one stage in the film that as humans we seem to have developed our relationship with animals, while with plants and trees seem to have lost that link. But still, your books are sold all over the world and people are clearly excited by the key message. Why do you think you've suddenly become so popular now?

That’s a good question. I don't think that this is a new trend, I think most people are already aware that nature is not a machine. This is a traditional way of thinking of the last 100 to 200 years, that people have always said that humans are something special and nature is a machine. But, with many animals we have discarded that theory, and people are also realising that trees also don't just stand around and do nothing. My book also sells well in Israel, in Iceland, in Mongolia, and there aren't that many forests in those countries. So, there's just a longing for trees, and I hardly know anyone who doesn't like beautiful big old trees. It’s amazing what we have learned about them, even in the last few years. Especially about how they are able to learn. Trees adjust to climate change and learn much faster than we think. And once you hear that, then trees become even more endearing.

Peter Wohlleben visits an ancient tree in Sweden during the filming of "The Hidden Life of Trees" | © Jörg Adolph I also think that science is changing, so that you can transmit knowledge in a more entertaining and catchy manner. It’s probably that combination in the end, that has done it. Of course, I can’t be 100 percent sure. But I think it is the combination that it reads easily and many people just didn't know that trees aren't just beautiful, but they can also do a bit more.

André Leslie is the online editor at Goethe-Institut in Australia.