Less than six months after this year’s Berlinale, the COVID-19 pandemic has transformed the 2020 film festival circuit. Our critic Sarah Ward explores the changes — and the new film festival landscape.

When the Berlinale took place this February, it wasn’t supposed to be a last hurrah. The first year under new co-directors Carlo Chatrian and Mariette Rissenbeek, and the prestigious event’s 70th birthday, the 2020 festival was meant to serve up an even bigger cinematic showcase and celebration than usual. Alas, as the curtains slid across silver screens throughout the German capital, Berlinale lingered under an inescapable shadow that had nothing to do with the event itself or its lineup of features. It didn’t hamper crowd sizes, but the COVID-19 pandemic proved a frequent topic of discussion, as well as the reason that hand sanitiser and tissues were a more common sight than normal at the wintry festival.

A week afterwards, events with 1000-plus attendees were cancelled in Germany, en route to stricter lockdowns. If the country’s major film festival benefited from one thing this year, it was fortunate timing. Berlinale 2020 now holds a soft spot in attendees’ hearts as result — for many, it was ‘the last big event’, with nothing truly comparable on the horizon anytime soon. In the months since, the high-profile likes of SXSW, Cannes and Telluride have cancelled their 2020 festivals, many more have moved online in full or in part, and others continue to plan scaled-down versions. This is an ever-evolving situation, given the varying status of COVID-19 around the globe; however film festivals are reckoning with seismic change.


Festivals have been made to face something they’ve largely otherwise resisted, and even abhorred. That’d be the scourge of Cannes, at least when it comes to its official competition over the past few years: streaming platforms. The French festival has famously expressed disdain for Netflix, banning its features from competing since 2018 — and while other events haven’t uniformly adopted the same approach, a displeased attitude has spread far enough. At Berlinale, for instance, hearing boos when the company’s logo plays before a movie still occurred this year. Alfonso Cuaron’s Roma might’ve won the Venice Film Festival’s top prize in 2018, but the idea that digital outlets pose a threat to the in-cinema experience has remained pervasive.

Then, suddenly, audiences couldn’t physically attend cinemas or film festivals. Sitting in a darkened room and staring at a huge screen with fellow movie buffs is one of life’s great pleasures, but for months it was wiped from humanity’s social repertoire. In much of the world, that’s still the case, including in Melbourne as this year’s Melbourne International Film Festival approaches (festival trailer below). MIFF cancelled its physical festival back in April, then announced an online-only event in May, so the show will still go on  — but in a vastly different form.


Spending a night, several, or an entire weekend binging one’s way through a streaming platform’s offerings has long become part of cultural life; however linking that habit with viewing the latest and greatest in world cinema is a COVID-19-era leap. MIFF will provide viewers around with access to more than 100 films, including both features and shorts, making a sizeable effort to give its patrons an at-home festival experience. Big-name titles abound, too, including Berlinale competition entry First Cow, Pablo Larrain’s Ema, and much-talked-about German movies such as Exile, No Hard Feelings and Lara. Some will be available to stream whenever the viewer likes during the festival’s August 6–23 dates, while others will only be made available for specific windows, meaning that audiences will need to plan out a schedule just as they would in-person.


A welcome move, it’s also a refreshing commitment to delivering a film festival to audiences in whatever form is necessary. An online festival is clearly better than no festival in MIFF’s eyes. This is a savvy step for any big event, with MIFF 68 1/2, as this year’s digital festival has been dubbed, able to maintain a link between MIFF and its audience in a year that might’ve kept them apart. The festival’s films will only play on small screens in viewers’ homes, but they’ll still play. It isn’t the first major Australian film festival to move online in 2020, of course, following both the Sydney Film Festival’s virtual festival and Couched, a digital offshoot of the Revelation Perth International Film Festival — and it’s a pleasing trend.

Just as there’s nothing like watching a movie on the big screen in a cinema, there’s nothing like combining that sensation with a festival environment, where cinephilia has been dialled up to 11. But embracing virtual delivery presents added possibilities, not just to reach existing audiences but to broaden a festival’s footprint. MIFF, SFF and Couched are or were all available nationally, allowing viewers anywhere in the country to join in without the cost of a plane ticket and accommodation. The primarily on-demand format is also a boon for movie buffs with children, illness, inflexible working hours or just general life events that require juggling, because not everyone can put their usual routine on hold to watch films.

Whether only providing a small subsection of their usual program — as SFF did by focusing on two regular strands, plus shorts — or going broader as MIFF and Couched have, going virtual is a step in a much-needed direction. And, it begs to become a permanent feature. With 2020 as a testing ground, festivals have established that viewers will watch online, and from beyond their usual city bounds. Provide that option moving forward, perhaps to complement a larger physical screening program — and even when isolation, quarantine and lockdowns have hopefully become a thing of the past — and they’ll still watch. 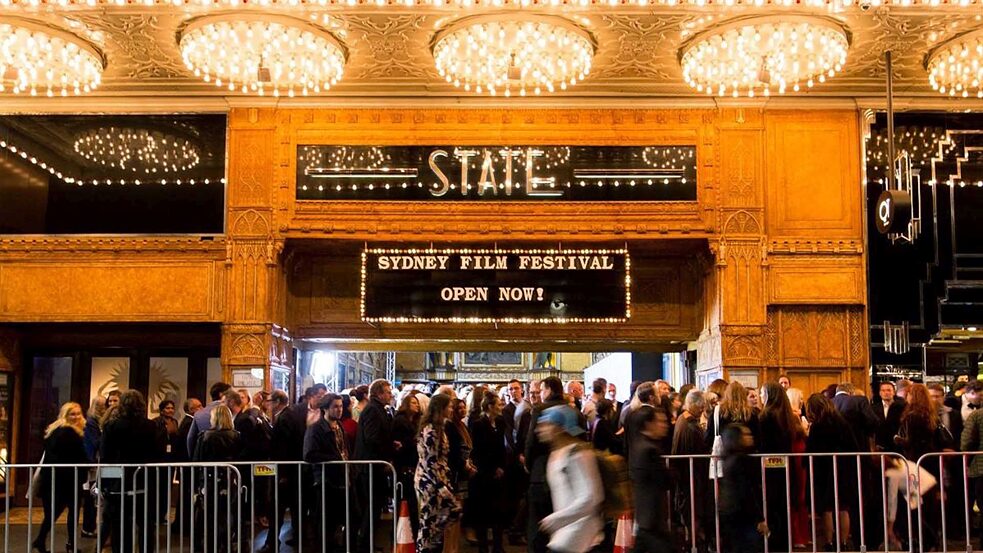 
Both internationally and within Australia, eschewing in-person festivals isn’t on everyone’s agenda. On the global circuit, Venice, Toronto and New York rank among the events forging ahead in 2020, albeit with changes — such as smaller lineups, simultaneous screenings in multiple theatres, drive-in sessions and virtual panels. Berlinale is planning for 2021, too. And locally, Revelation will host a physical event later in the year, following on from Couched. In Adelaide and Brisbane, the city’s film festivals are sticking to their traditional October dates and physical formats.

There’s merit in this approach, where it’s safe. Again, the joy of watching a movie in a cinema and attending a film festival will never fade. And, after so long spent indoors in 2020, movie lovers are undoubtedly yearning to indulge their favourite pastime somewhere other than their own couch. But safety, and the ability to have confidence that holding in-person events will remain a viable option, will continue to be a struggle. After rescheduling from March to August, the Hong Kong International Film Festival had to completely cancel its 2020 event less than a month out from its planned new dates, in response to spiking COVID-19 cases in the area, for example. If MIFF had postponed its physical festival rather than moved online, it would’ve confronted that situation too.

Another question: other than screening films to socially distanced cinemas, what does a physical film festival in the latter half of 2020 and beyond look like? Travel restrictions mean that high-profile guests won’t be attending, unless they’re locals, and zooming in high-profile talent doesn’t have the same appeal. Red carpets, after parties, panels and workshops — they’re all program components that need to adapt. So too will simply mingling with fellow cinephiles, whether by making a concerted effort or striking up a conversation with another attendee in a line.


Exactly how festivals return to cinemas, what that experience will be like for audiences, and if viewers will follow in significant droves ties into the broader situation facing the cinema industry at present. Pre-Berlinale normality isn’t an option as yet, as anyone who has been to see a movie since Australian cinemas started reopening for general theatrical releases will have spotted. Hence the constant shifts plaguing the year’s big blockbusters such as Tenet and Mulan, and even initially festival-bound films like Wes Anderson’s The French Dispatch, with their release calendars adjusting depending on the pandemic’s continued spread. Obviously, as much as the cinema industry and audiences alike want a clear path back to the big screen, no one wants to show a movie to an empty theatre.

People still want to watch films, though. And, cinephiles are not only saddened by their current inability to attend festivals in-person, but they’re also eager to view more than the usual streaming lineup that’s always at their fingertips. Indeed, at a period unlike any other for the past century, moving even a portion of a film festival’s lineup online is a sign of the times, a survival mechanism and a case of the industry being forced to catch up with prevalent viewing habits, without a doubt — however, ideally, it’s also part of the festival landscape from this point onwards.