12 June 2019
The International School of Paphos (ISOP) joined the network "Schools: Partners for the Future" (PASCH)

On Tuesday 11 June 2019 the Old Powerhouse in Paphos was filled with students and their families, political figures, as well as personalities from the education and cultural scene of the island, who made the celebration of ISOP joining the global PASCH network a great success with their presence. The event was organized by the Goethe-Institut Cyprus and ISOP.

The initiative "Schools: Partners for the Future" (PASCH) strengthens and connects a global network of more than 1,800 partner schools that place a high value on German language, through the participation of their students and teachers in exchange programmes, competitions and other activities. PASCH is an initiative of the Federal Foreign Office in cooperation with the Central Agency for Schools Abroad (ZfA), the Goethe-Institut (GI), the German Academic Exchange Service (DAAD) and the Pedagogical Exchange Service (PAD) of the Standing Conference of the Ministers of Education and Cultural Affairs.

In his speech, the Deputy Mayor of Paphos Municipality, Mr. Christos Makariou, welcomed the Goethe-Institut in Paphos and its collaboration with the ISOP. His Excellency the Ambassador of the Federal Republic of Germany to the Republic of Cyprus Mr. Franz Josef Kremp, referring to the importance of PASCH, stated: “The aim of the Federal Government of Germany’s PASCH initiative is to promote intercultural dialogue and understanding through language promotion at selected schools all over the world. I am delighted that Paphos students now have the opportunity to join a network of over 600,000 PASCH participants around the world who are developing vibrant and long lasting ties to Germany.“

“We are very happy that a school, in which German language lessons play an important role for years now, is part of the PASCH network through the inclusion of ISOP. Inclusion in this network opens the doors for meaningful intercultural exchange and dialogue. Through PASCH, ISOP's many German language students will have the opportunity to gain valuable and enriching experiences through competitions and scholarships”, said Mrs Karin Varga, Director of the Goethe-Institut Cyprus. “And for us it is important that our presence is not only felt in the capital of Nicosia, but throughout the whole island.”

The Managing Director of ISOP, Mrs. Aristi Andriotis, stated: “Joining the PASCH network is a great honour for us, and also a wonderful confirmation of the quality of work that we as a school – and our German Department in particular – have done over the years. Just like the Goethe-Institut, we are characterised by openness, inquisitiveness and diversity. Our cooperation will give us the opportunity to share these values with other schools participating in the programme and to learn from each other.“

The programme of the celebratory event included music by saxophonist Christos Zenios, percussionist Marios Nicolaou and a scenic performance by pupils of the ISOP, marking a creative start to the new collaboration between ISOP and the Goethe-Institut Cyprus.

Notes to the Editors:

Any questions about this event? Write to us! 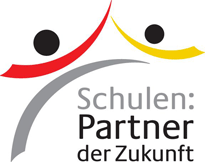