People from many nations, ethnic groups and cultures live together in Germany. In 2018, 25.5% of the population were first- or second-generation immigrants (Federal Statistical Office, 2020), and the proportion was as high as 35% for children under 15 (Federal Government Commissioner for Migration, Refugees and Integration, 2015). With its diverse stories and characters that provide role models, especially of people who face discrimination, children’s literature can make a significant contribution to a society that includes everyone , help to break down the barrier between “us” and the “other”, and make migration feel both real and “normal”. To achieve this, it is important that children’s literature portrays the whole diversity of a country and gives a voice to all children living there.

Studies on children’s literature conclude that the children’s book market has not yet done justice to the diversity of nationalities, ethnicities and cultures in Germany and that in children’s books, BAME (Black, Asian and Minority Ethnic) characters have a limited range of roles. They appear above all “in connection with supposedly ‘typical’ things such as the problem of racism or as embodiments of cultural differences” (Wollrad, 2013, p. 8). The children reading are not unaffected by this, because literature shapes the image that children form of themselves and of other people. Thus, children’s literature contributes to reinforcing the separation between an “us” and the “others” instead of harnessing its potential to unify and integrate.

BAME characters have so far been studied mainly in school books, but also in children’s books on general intercultural or specific topics such as racism and refugees. Previous researchers did not consider their representation in recent bestselling children’s books. This led me to ask a question: Do current children’s bestsellers present a nuanced image of BAME characters?

This article is based on an examination of children's books written in German and set in Germany that were on the children’s bestseller list of the German Publishers and Booksellers Association from May 2019 to April 2020.

The research question was answered in two stages: first, recording whether BAME characters appear in the books and second, creating a role profile of the BAME characters found. 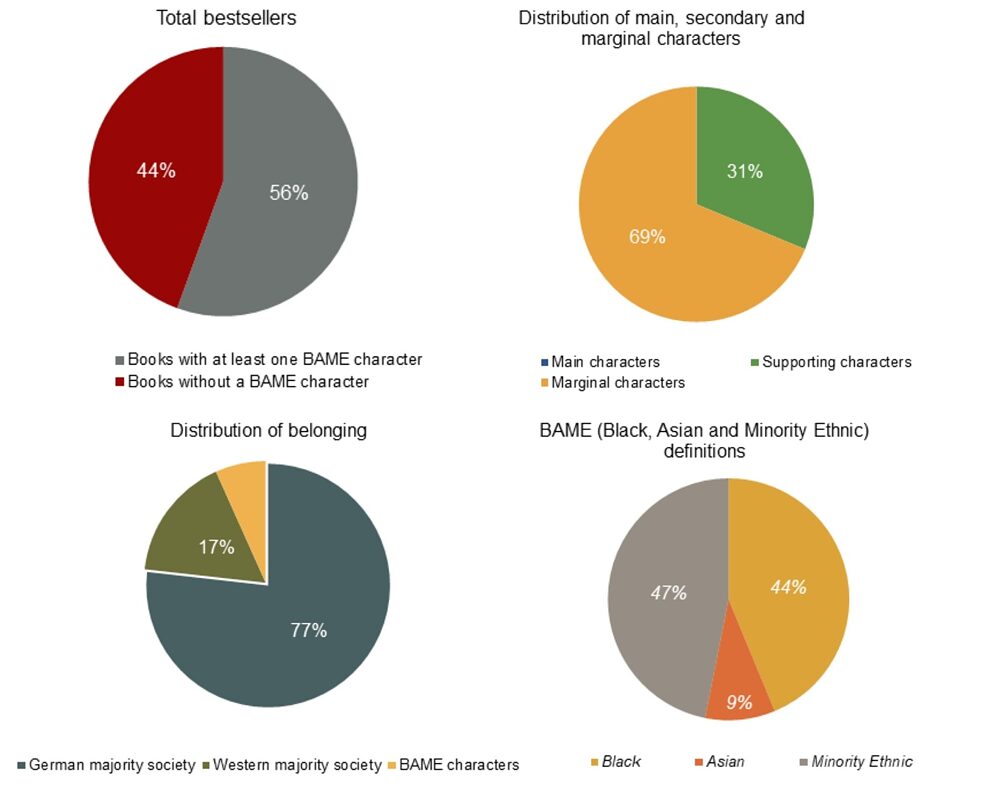 © Martha Wohlleber In the minority ethnic group, all but one of the characters are Turkish. Belonging to a group is defined through culturally specific names or stating a person’s skin colour or country of origin.

A dedicated role for BAME characters in the books cannot be identified. But there are commonalities between the books. Some selected results are shown below: 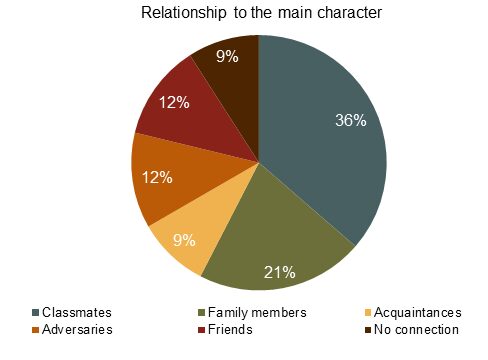 On the contrary, the authors of these books refrain from any form of cultural references and avoid naming differences. For the most part, the BAME characters appear to have “adapted” well; the country from which they or their family migrated, its culture, and related experiences or impressions seem to have little significance for them. Only one character describes herself as belonging to her mother’s country of origin and sees advantages in this multiple affiliation. This portrayal of the BAME characters suggests that living together only works when everyone is the same, or when minorities conform to the majority. Instead of making it easier for children to feel comfortable with diversity and differences, the books studied can reinforce a Eurocentric view of the world and “the others”. This makes the need for a diverse range of BAME characters in children’s books particularly clear.

Promising developments are therefore discernible. Overall, however, children’s bestsellers, especially popular children’s series, are still far from meeting Noah Sow’s demands as cited above. In order for all children to feel included and encouraged, bestselling children's books need more diverse characters and, above all, a more nuanced representation of diversity.

Martha Wohlleber (M.A.) is a communication scientist and media educator and works as a scientific consultant in Germany and Scandinavia. Most of all she is interested in the children’s and young people’s own opinions and the representation of professions and diversity in children's and youth media.