Every year, the Leipzig Book Fair is the first major get together of the book and media sector in Germany. Backed by centuries of tradition, publishers trot out their new crop of spring books to enthusiastic readers every March.

Marcus Brandis, Konrad Kachelofen, Melchior Lotter the elder and Hans Lufft: It would be truly amazing to take the great book printers of the Middle Ages and the Reformation on a trip through time to Leipzig in the year 2019. To the great book fair in the city on the banks of the Pleiß River that opens its doors to the international book industry and hundreds of thousands of bookworms every year in March. How they would marvel at the visitors streaming though the exhibition halls, at the more than two thousand booksellers from all over the world, at the participants in cosplay costumes and at audio books. They were, after all, the men who laid the foundation for Germany’s most important book fair besides the one in Frankfurt. 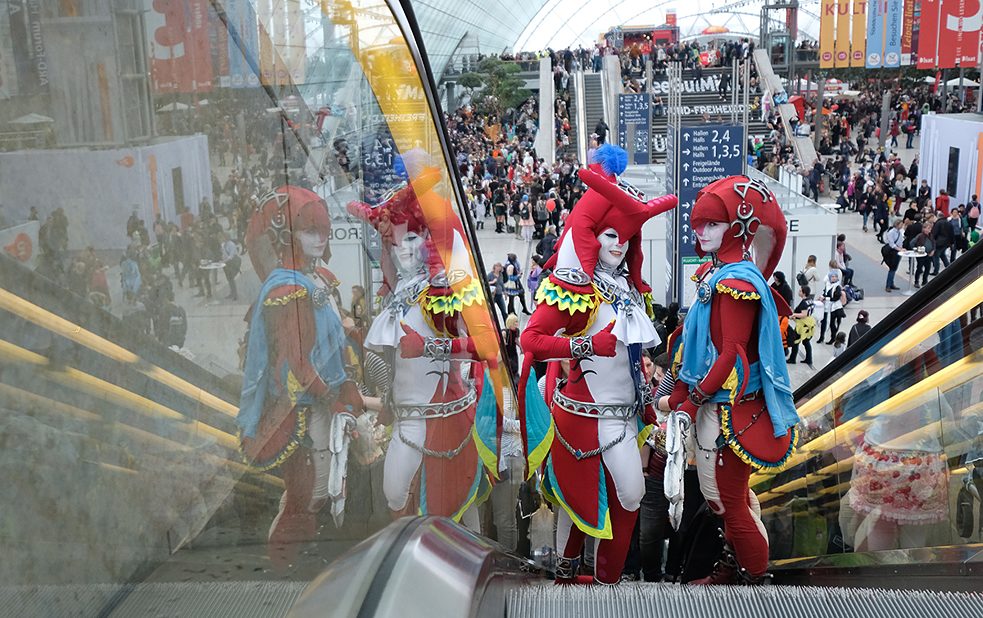 Medieval hub of the book trade

Leipzig's importance as a book fair venue is closely linked to the boom in the printing, production and design of books that began in the Middle Ages. As early as the 16th century, the city on the Pleiß River and home to the world's first daily newspaper and Reclam Universal Library, joined Venice, Paris and Basel as one of Europe’s most important printing centres. Publishing houses set up shop here too, further boosting the city’s prominence.

Nevertheless, Frankfurt was initially the leading book fair city in Germany. In the 15th century, Johannes von Gutenberg invented modern book printing in Mainz, making the neighbouring Frankfurt Book Fair the first central meeting place for the book publishing trade. But Leipzig was determined to catch up to its sister to the south, and surpassed Frankfurt in the number of books exhibited for the first time in 1632. Around 1730, the Frankfurt Fair catalogue had just 100 book titles, whereas the Leipzig Fair catalogue featured 700.

To better regulate the flourishing book trade, six Leipzig and 95 foreign companies founded the Börsenverein der deutschen Buchhändler (German Publishers and Booksellers Association)in 1825. The association fought for copyright, against censorship, and later for fixed book prices as well. Today, as the Börsenverein des Deutschen Buchhandels, it is the German book industry’s most important interest group, runs the Frankfurt Book Fair and is a conceptual sponsor of the Leipzig Book Fair. The association is critical of its past, as it collaborated with those in power under the National Socialist regime and supported the book burnings that took place around May 10thin 1933. The board also published a list of undesirable Jewish writers at the time.

After the Second World War, the Frankfurt Book Fair once again outshone the Leipzig Fair, though with up to a thousand participating publishers from around the world, the latter was still an important event for people living in the German Democratic Republic (GDR or East Germany) who were hungry for books and thirsty for knowledge. Visitors would stand around reading or make a copy of the books on exhibit the state forbid them from buying.  They also encountered many coveted books by Western authors at the fair. East Germany was an important market for Western publishers such as Suhrkamp, Rowohlt and S. Fischer. Works by authors like Heinrich Böll and Wolf Biermann often fell victim to light-fingered visitors, and their theft was seen an expression of their great market value.

Today the Leipzig Book Fair has expanded dialogue between East and West to all of Europe: the “Tranzyt” program presents literature from Poland, Ukraine and Belarus each year. The Leipzig Book Prize for European Understanding, the counterpart to Frankfurt’s Peace Prize of the German Book Trade, has been awarded to authors who have contributed to cross-cultural understanding every year since 1994.

A favourite with readers big and small

The fall of the Berlin Wall and collapse of the GDR hit the Leipzig Book Fair fairly hard because the former state publishing houses were suddenly all struggling to survive. Nevertheless, the first post-reunification fair opened its doors in 1991, and the event gradually gained its current profile. Unlike the Frankfurt Book Fair, where certain days are reserved exclusively for trade visitors and a much larger order volume is generated, the Leipzig Fair is primarily a public fair. Despite the huge number of visitors, the atmosphere is friendly and inviting, and readers often enjoy a chance to chat with authors. 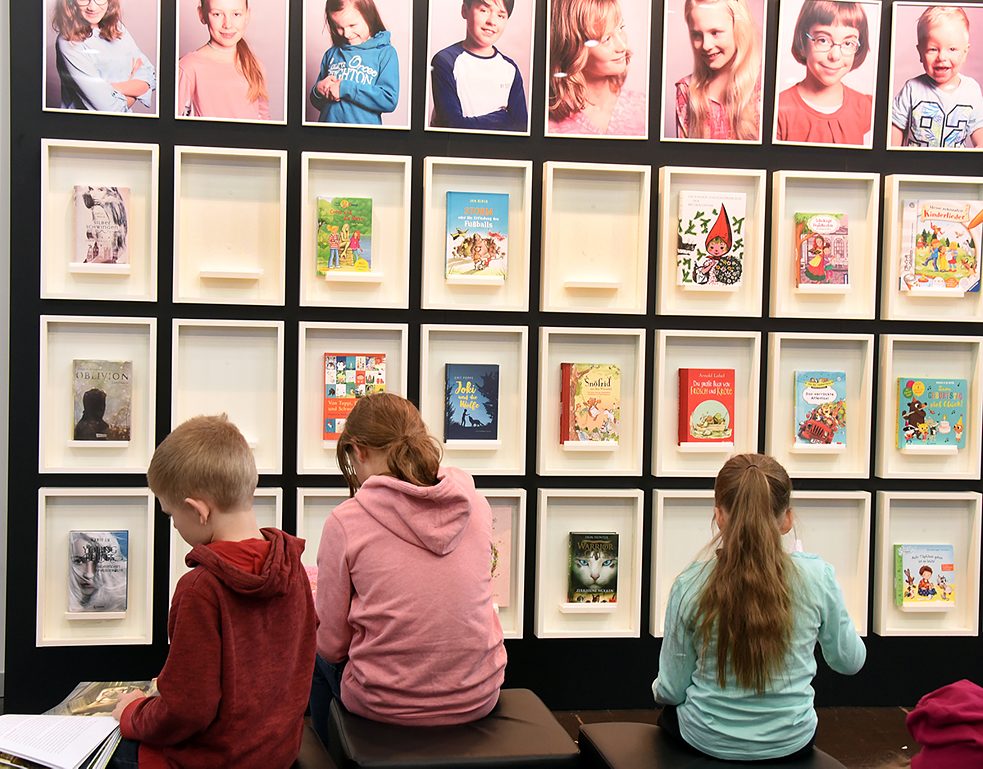 The Leipzig Book Fair is especially family friendly. | Photo (detail): © Waltraud Grubitzsch/dpa-Zentralbild/ZB The “Leipzig reads” reading festival has helped create this pleasant atmosphere. Begun in 1991, the largest European reading festival is a unique selling point for the Leipzig Book Fair and is visible throughout the city as German and international authors, actresses and other celebrities read in bookshops, pubs, museums, churches and galleries, but also in hairdressing salons, the district court and the cemetery. The Leipzig Book Fair is the perfect place to immerse yourself in the world of books, start up a conversation, and discuss your favourites with fellow readers: in 2018, 3,600 events were held around the written word in which more than 3,000 authors and contributors took part.

Czech Republic is guest of honour

Last featured in 1995, in 2019 the Czech Republic is once again the guest of honour at the Leipzig Book Fair under the Ahoj Leipzig motto. 60 Czech authors will present their latest books to fans. Some better known names in Germany will be there, like Jaroslav Rudiš who initially wrote his novel Winterberg’s Last Journey in German. Iva Pekárková is likely to be a new discovery for many with her latest book, Letters from London, in which she addresses her own experience of flight. The Book Fair program is part of the Czech Cultural Year that will celebrate Czech literature, film, photography, music, comics and design art from October 2018 to November 2019.