German Series in the USA
You Are Wanted: The story of a man on the run is a runaway success

When Amazon Video launched the first season of “You Are Wanted” with Matthias Schweighöfer in March 2017, the six-episode thriller became a literal overnight success. A hit all over the world, the series is more than just the proverbial game changer for Amazon – it’s helping to redefine German TV’s image. Thanks to video streaming, suddenly there’s no telling how far a German show can go.

Like Dark and Babylon Berlin, Season 1 of You Are Wanted features the kind of striking title sequence that’s essential for a show to be taken seriously in today’s serial-drama competition (the title designers clearly admired the opening of HBO’s True Detective). The icy blue images of the opening credits give off a chill that extends into the series: Bernhard Jasper’s visuals are sleek but rarely warm, the better to capture the mood of all-encompassing paranoia. In keeping with the show’s focus on cutting-edge technology, most of the locations Lukas hurtles through are up-to-the-minute modern but impersonal, more corporate than gemütlich. This isn’t a welcoming world. It’s appropriate that this tech-heavy thriller is the first TV series worldwide to be filmed in Ultra HD, which boasts a remarkable resolution of 2160 pixels. (The bad news is that fans who want to marvel at the technical upgrade will probably have to buy the Ultra HD Blu-ray and own an all-region player.)

No less than 22 percent of the audience for Season 1 hailed from North America – a head-spinning turn of events for a German television series, and a result no one would have imagined possible a few years ago. 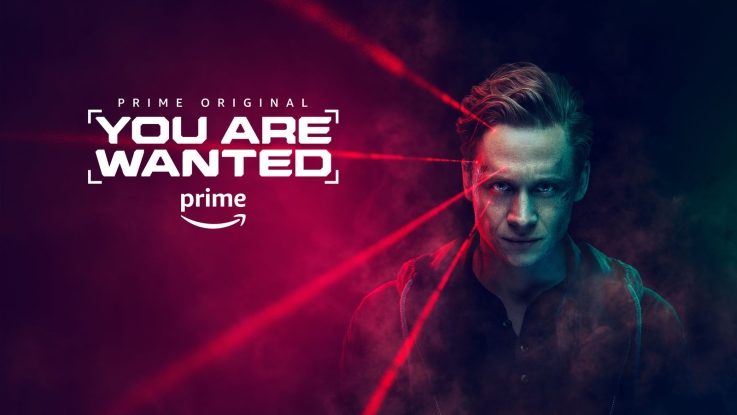 ©2018 Amazon.com and its affiliates
YOU ARE WANTED Season 2 International Premiere in Los Angeles March 2018 Amazon Video Sizzle Reel
The tension doesn’t let up in Season 2. The story builds on the events of the first year, and this time around it’s Lukas’ bad fortune to fall into the sights of both an Asian crime syndicate and the CIA. (You Are Wanted is grimly suspenseful overall, but the new season slips in a good joke early on by having the American CIA agents repeatedly mispronounce Franke’s name as “Frankie.”) The new season actually improves on the first with a new title sequence, more varied pacing and sharper dialogue. The supporting cast has more to do, especially the female characters and the screenwriters save their best twists for the last minute of each episode – in effect all but daring viewers not to binge-watch the season in one or two sessions.

Amazon’s other German-language titles include the forthcoming Deutschland 86, the much-anticipated follow-up to the Stasi spy drama Deutschland 83. Released in 2015, that show was the first of the new wave of German series to draw acclaim and audiences internationally (it aired with subtitles on Channel 4 in England and Sundance TV in the US). And yet its weekly ratings on Germany’s RTL broadcast network were so modest that the network opted not to finance a second season. Enter Amazon, which sensed the potential for an international hit made to be binge-watched and picked up the rights for the series. The brave new world of streaming services where audiences can watch as many episodes as they want on demand is proving to be a more natural home for intricate serial dramas than old-school “free” or “linear” TV.

Karoline Herfurth (Lena Arandt, Season 1)
In Germany, Karoline Herfurth is best known for co-starring in the irreverent box-office smash Fack ju Göhte (2013) and its sequels. US audiences are more likely to have seen her in The Reader (2008), the vampire thriller We Are the Night (2010) and Brian De Palma’s Passion (2012).

Watch YOU ARE WANTED