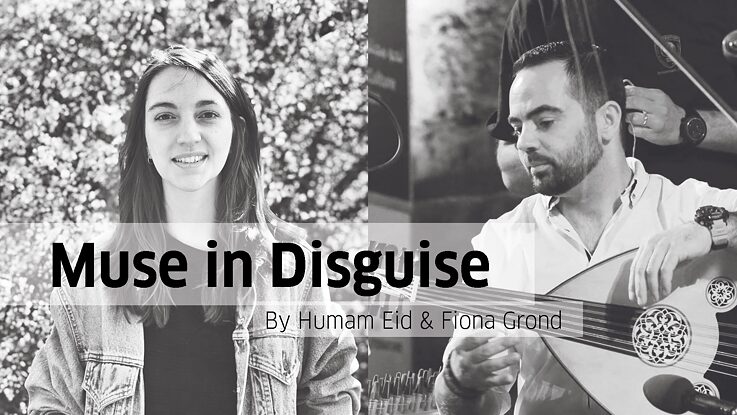 Two different music styles combined into one musically beautiful weaved piece that captivates the ears from its enchanting decrescendos and climatic crescendos.

This composition, with its combination of the meditative vocal improvisations, touches of piano chords, the enticing strokes of the melodious Oud and Qanoun, has been composed with the collaboration of the two artists with two different musical backgrounds that show the beauty of mixing the two worlds together.

About the production process:

Since I have known that Fiona was my partner in this project I immediately started searching and listening attentively to some of Fiona’s online work to have a better idea about her style that I was supposed to be integrated with; knowing that Fiona’s style was a bit different from what I usually perform. A few days later, I got in a contact with Fiona and we directly agreed on headlines.

Actually, there was less talking meanwhile we had a lot of dynamic music work between us; as the track kept on swinging effectively from Fiona to me with a new rhythms, oriental improvisation and vocal effects; each depending on her/his own experience.

The First step included composing the backing track using time signature 6/8 by Fiona. In addition to building a short melody bringing into play Oud by me which was repeated twice at the beginning and at the end to ensure the unity of work.  The second step, the track swung back to Fiona to record her vocal improvisation in imitation with Qanoun and she created an intro improvisation as well. Afterwards, I throw in Qanoun improvisation by enriching the track with Arabic Maqams throughout quarter tone -at the beginning-, Hijaz Maqam – in the middle- to clearly reveal the oriental touch. At the end, Fiona made her final move in adding vocal effects of her own and mixing all the work together which enhanced the track’s power of expression. 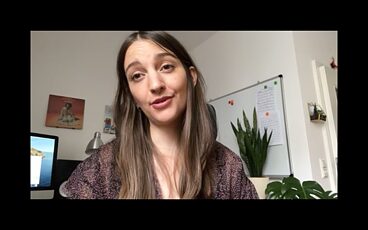 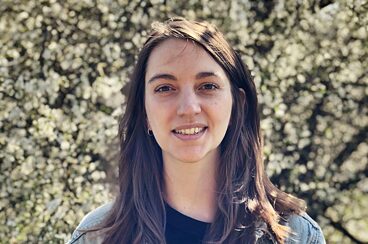 Fiona Grond is a Munich based vocalist and composer. She grew up in Zurich, Switzerland and moved to Germany in 2014 where she is currently finishing her Master’s degree in jazz vocals and composition. She has had the opportunity to work and study with many international musicians such as the New York Voices, Sheila Jordan, Theo Bleckmann and many more. She is singing in numerous projects, big and small, such as the Jazzrausch Bigband, Christian Elsässer Jazz Orchestra and has even shared the stage with Bobby McFerrin at the Philharmonic in Munich. She is currently working on an album with her own project „Fiona Grond / Interspaces“. 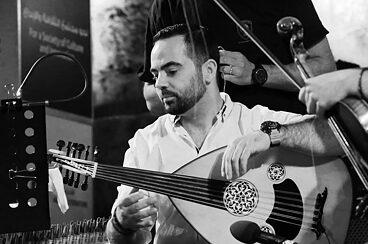 Humam Eid, a musician who plays on several Arabic instruments, basically the Oud. He studied music with some of the most important musicians in the Arab world, such as Sakher Hattar and Khalid Mohammed Ali, and continued his higher education in The National Music Conservatory – Al-Yarmouk University, majoring in Arabic Music. Humam is considered one of the most known Oud players in Jordan and internationally; he has several music awards in performance, and he participated in a lot of festivals around the world. He takes part in many Arabic music groups, and he is the coordinator of Amman Arabic Music Ensemble. He also works in teaching Oud, Saz, Qanun, Arabic music theory and analysis, and music reading.