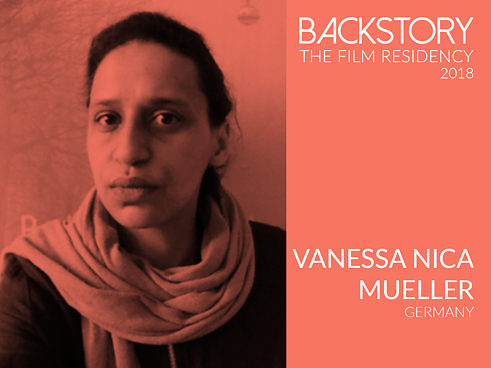 Vanessa Nica Mueller is a filmmaker based in Hamburg, Germany. She studied Film and Timebased Media at the Academy of Fine Arts, Hamburg. Her last short films Traces of an Elephant (2011), Halbe Nacht (2012) and Plateau (2016) were shown at intern. Film Festivals and in the context of Art Exhibitions. Besides realizing her own films, she works as a lecturer and is teaching film, sometimes she curates film screenings. She is interested in nonlinear and interactive storytelling.

'Coast to Coast' (working title) is an essayistic documentary about vulnerable ecosystems. The Mediterranean area, focused on the coast cities like Beirut, and a city like Hamburg near the coast line of the Northsea have in common that they will all have to face climate change, changing sea level and coastlines in the future or near future. During her residency at BAR in Beirut she will research on the location concerning the part of the film planned in the Middle Eastern Region.

When films address the effects of climate change, they often do so by means of a subject-orientated treatment based on facts, figures and background information. It is illuminating that Vanessa Nica Mueller realises her project, which tackles global warming, rising sea levels and the dangers for coastal regions, in an essayistic, associative manner and complex artistic form. Because in her last work, which addressed a societal crisis phenomena, she developed her own visual and atmospherically very powerful cinematic language. The coastal city of Beirut, with its scarcity of water, represents an ideal location for this context.