50 years of Goethe-Institut San Francisco: the German General Consulate congratulates on this joyful occasion and thanks for 50 years of successful cooperation.

Goethe-Institute is a synonym for foreign German cultural policy all over the world and so is the Goethe-Institut San Francisco. With prestige, it manages to inspire a wide audience with its diverse language and cultural programs.

159 Institutes in 98 countries facilitate German culture, language and provide information about Germany, and for 50 years Goethe-Institut San Francisco has pursued this mission in the greater Bay Area and beyond.

“Goethe” has done remarkable work in promoting the German language and cultural learning among the people living in the Bay Area. Operating from its headquarters in the city’s center on Bush Street, Goethe-Institut provides a versatile venue for various different cultural programs like readings, panel discussions, exhibitions, film screenings and concerts, with its newly renovated ART Lounge.

Over the course of 50 years, there are many highlights that could be listed here, but I want to emphasize one particular project: The Berlin and Beyond Festival, which deserved to be considered as the most important German Film Festival outside of Germany, has attracted almost 10.000 visitors this year. Besides its exquisite film selection of German, Swiss and Austrian movies, the festival also offers the opportunity to meet and mingle with renowned artists like this year’s guests Maria Schrader, Julia Jentsch and Jan Tenhaven.

Apart from the regular collaboration on Berlin and Beyond, we have cooperated with the Goethe-Institut on other extraordinary events: the election parties, on federal election day, have become a well-known tradition and of course, there will be another one this year.

The annual Career Day, which is organized in association with other German businesses and institutions, is particularly close to my heart. Each year, we reach countless young people in the Bay Area and promote our country!

However, the Goethe-Institut is so much more than a mediator for information, knowledge and culture: It aims at creating a community that exceeds borders and boundaries by being connected to the German language and culture; it is meeting point for discussions and successfully promotes understanding and respect.

We are proud to have such a strong partnership with the Goethe-Institut through our shared connection to German culture and language and are looking forward to many more years of close cooperation. 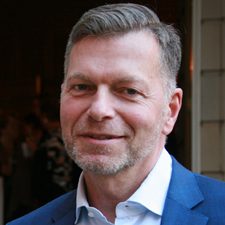 © Gabriele Lange 2017 Hans-Ulrich Südbeck joined the General Consulate of San Francisco in the summer of 2017.

Before becoming Consul General of San Francisco Mr. Südbeck, was Head of the Western Balkans Division at the Federal Foreign Office in Berlin, Germany. Prior posts had brought him to Afghanistan, Serbia, Ukraine, Brussels, and The Hague in the Netherlands.

He is looking forward to a great collaboration with the Goethe Institute in the coming years.